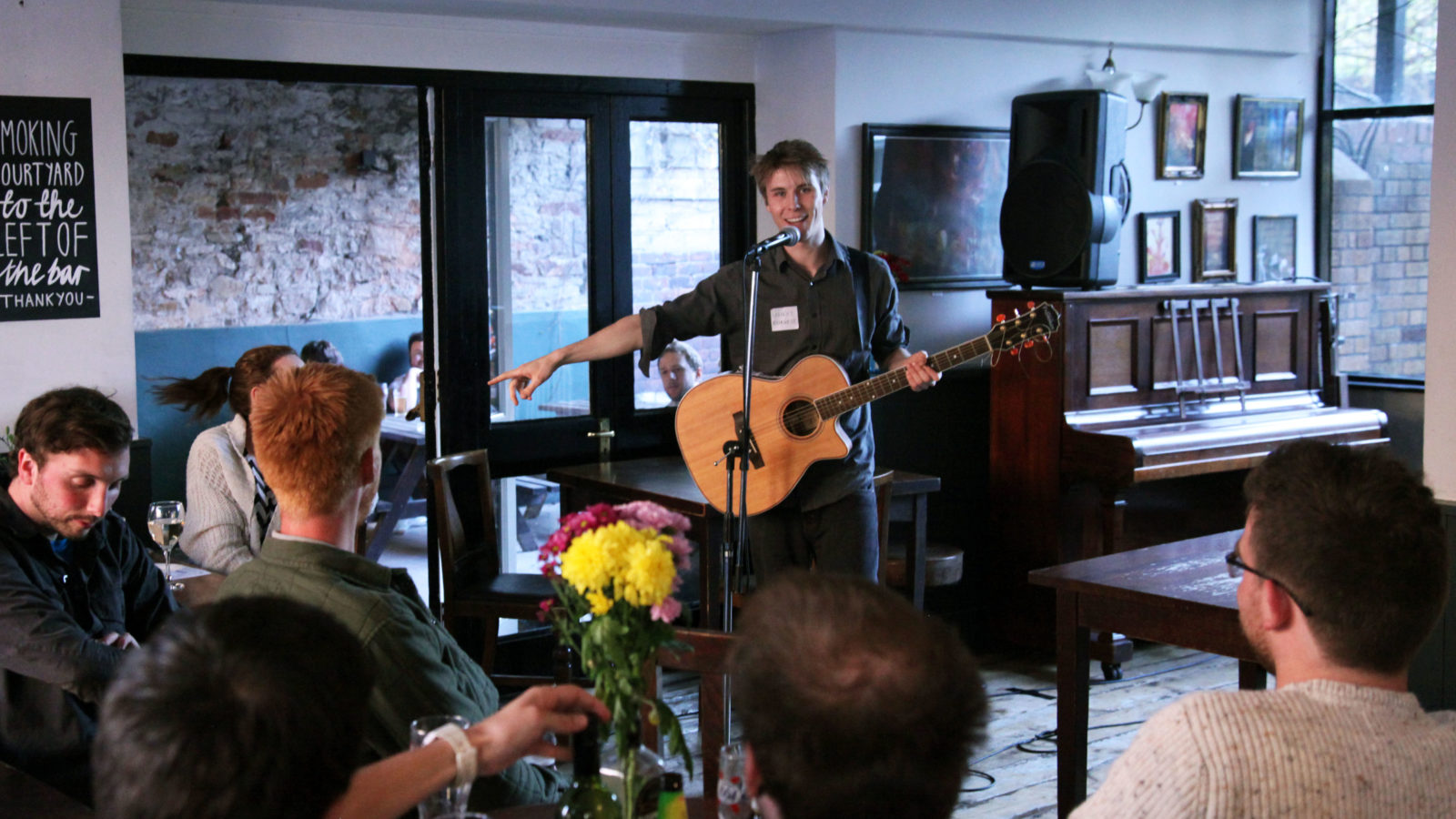 Bedminster’s multi-comic, multi-venue smorgasbord Comedians on the Run is back this week. Steve Wright grabs the A-Z

Stroll down East Street and North Street in BS3 this Thursday and you’ll be greeted with gales of laughter echoing from various of its venues – not to mention some exhilarated and slightly hunted-looking comedians dashing from one place to the next. Yes, folks, Bedminster hosts its second Comedians on the Run event this month.

The first CotR, back in April 2015, saw Bedminster’s restaurants, cafes and pubs echoing with laughter as 30 comedians, moving between venues, battled it out to play 15 selected venues. Organised by the Bedminster Town Team, Sadie Fleming and Mark Venus Music, the diverse collection of comedians included well-known local names such as Jo Cooksley, Bristol 24/7’s own Martin Pilgrim and Tim Goodings. 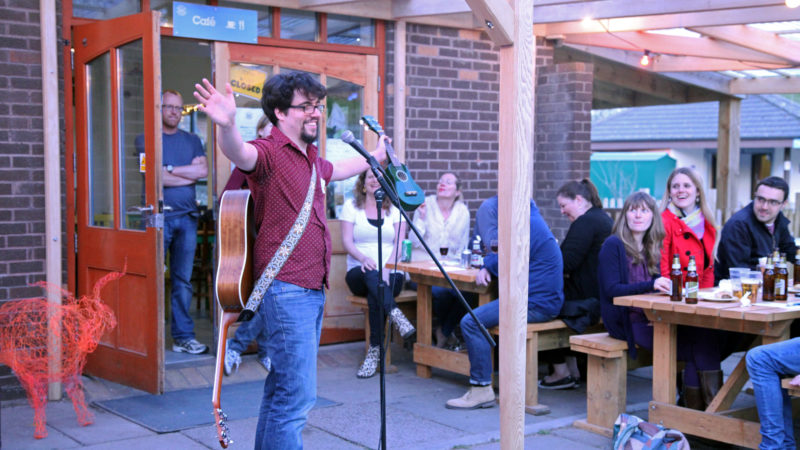 Scene from the 2015 Comedians on the Run

For CotR#2 the idea is, as in the previous incarnation, for 20 local (ish) comedians to play 15-20 Bedminster venues in one night (Thursday, May 18, 7-9.30pm), each comic performing a five- to ten-minute set in each venue. Host venues confirmed so far include The Steam Crane and The Old Bookshop, Southbank Club, Tobacco Factory, Viva La Mexicana and Grounded. The night’s winner will get £200 and a paid opening spot with longtime Bristol comedian George Rigden, and there’s £50 for the runner-up.

This year’s performer lineup is as impressive as its predecessor’s. Already inked in is Riordan Deehan Jackson, a recent winner at both the Gloucester Comedy Festival New Act competition and the Bristol heat of the Chortle Student Comedy Award. Elsewhere, Cardiff’s Chris Chopping is a familiar name on the local comedy circuit, having, while Costas Lukaris was a semi-finalist in the 2015 Welsh Unsigned Standup Award and finalist at last year’s 2016 Gloucester Comedy Festival new act competition. 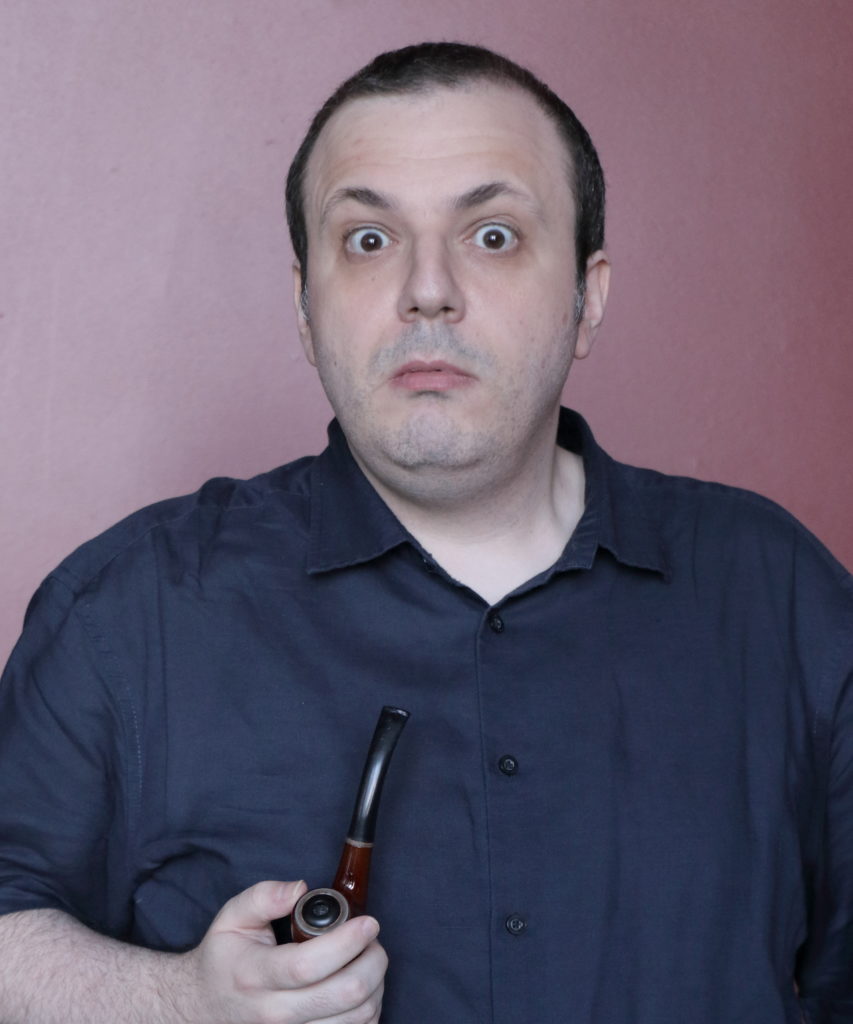 Costas Lukaris, among the acts confirmed for CotR

Bedminster Business Improvement District (BID) has been running On the Run events like this in BS3 for nearly three years, spanning music, comedy and variety. Thomas Beard is running this one, his second in the helm after Musicians on the Run last autumn. Next in the diary is a world music event planned for the summer, with a magic-themed incarnation soon after.

“For the most part, reaction from performers and punters has been positive,” Thomas reflects. “A few have asked to be involved again and we have had a good response from audience members who want to perform this time around. We will be hiring some PAs to help with the sound and also having more of a dialogue with hosting venues to set out a more performer-friendly environment.

“It’s quite a tough gig for those involved, a bit chaotic and crazy, but a good opportunity to hone their skills and play to lots of people in one night. Audiences, meanwhile, get to pitch up in their favourite local pub, restaurant or cafe and watch some great (and some bad) performances.

“Bedminster is a great place to stage this sort of event,” Thomas enthuses. “It’s easily walkable and has a great selection of different venues with new spots opening up all the time. We’ve also had a great response from Bedminster people to all the events we’ve been involved in so far. From Make Sunday Special on North St, Breakfast in Bedminster or these On the Run events, people have always come out to support us.”

Comedians on the Run East and North Streets, Bedminster/Southville, Thursday, May 18. For more info, visit www.facebook.com/events/162136344299666

For all this month’s Comedy listings, visit www.bristol247.com/whats-on/comedy