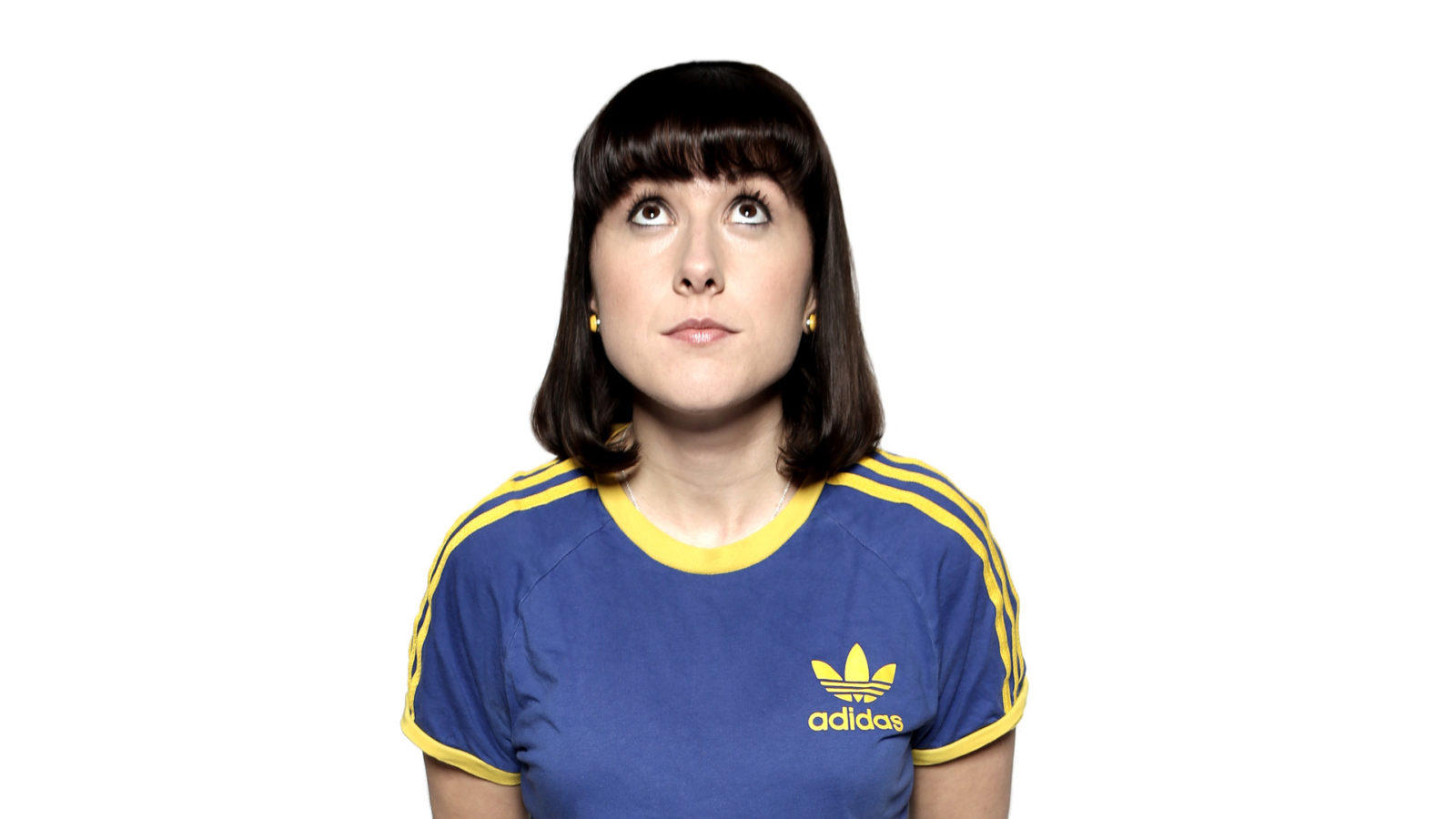 Maisie Adam is one of stand-up comedy’s rising stars. The Yorkshire-born 25-year-old won the prestigious So You Think You’re Funny? competition at the Edinburgh Fringe in 2017 and in 2018 won the Amused Moose National New Comic competition and was shortlisted for the Edinburgh Comedy Awards Best Newcomer Award.

Her second Edinburgh show, Hang Fire, received rave reviews in 2019 and she is now taking the show on her first major tour.

Can you remember your first stand-up gig?
Yes. I grew up in a village called Pannal near Harrogate. Ilkley, about 20 minutes away, had a Literature Festival and they were asking if local artists wanted to appear at their Fringe. I applied and they gave me an hour from 7.30pm to 8.30pm. I can still remember the exact date – October 13, 2016.
I now know most comedians start out doing short sets but I’d seen Lee Evans do an hour at Leeds Town Hall and comedy DVDs lasted an hour so I thought that was normal. It didn’t go horrendously. It gave me such a buzz, it felt like a skydive and I wanted to do it again.

Do you feel you have achieved lots very fast?
When I did my heat for So You Think You’re Funny? I’d only done 12 gigs. I didn’t realise you could repeat material, so every time I did a show I wrote new material. Sometimes I’d be writing jokes on the bus to the gig. I miss that naivety, jumping in with two feet.

Your first show Vague was autobiographical. How is Hang Fire different?
This is about cutting people some slack when they make mistakes. Especially in this current climate where we call out people on their bad behaviour. I think there’s a massive difference between patterned bad behaviour, knowing you can get away with it, and a genuine mistake, though at the moment the lines are getting blurred. We live in this cancel culture where people make an error and pay the price in every single way. 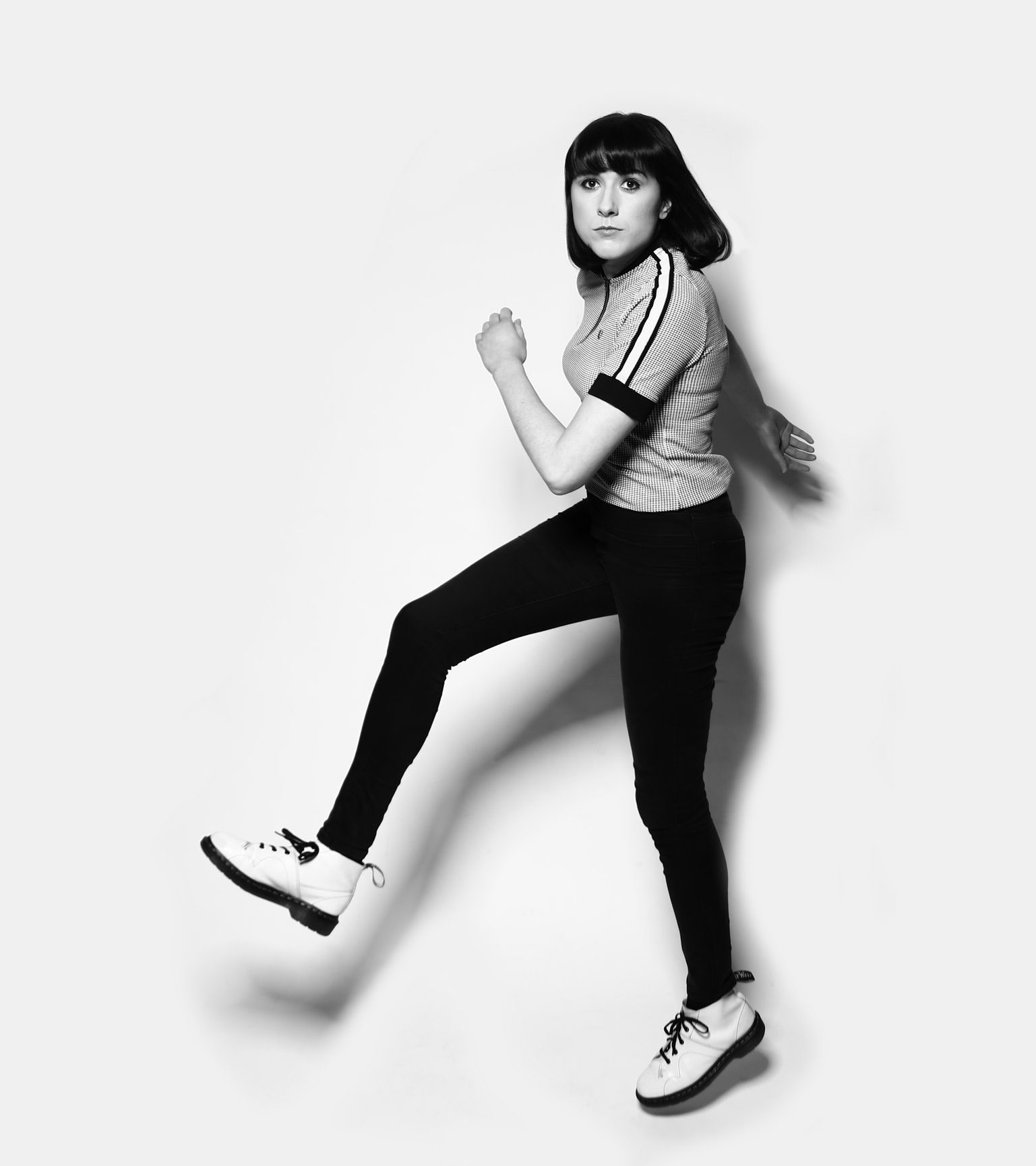 One of your first screen appearances was playing punk icon Siouxsie Sioux. Tell us more…
I’d done a course with the National Youth Theatre and I saw that Sky Arts was looking for NYT people for their Urban Myths series. The cast was all male except for Siouxsie Sioux in the episode about the Sex Pistols. I look nothing like her but I thought I’ll give it a go. It was Storm Doris the day I auditioned so maybe the wind made me look more punky.

Who are your comedy heroes?
It’s a given, but Victoria Wood. My granny loved her. We used to watch her TV shows together. She’d make a joke and you could see men, women, old and young, everybody would be laughing. She would be talking about struggling to get your boobs into your bra and blokes would be laughing even if the jokes weren’t necessarily for them. I really admired that.
Peter Kay – I love how he taps into everyday life. I think a lot of audiences go to comedy to laugh at their lives, not hear comedians talking about being comedians. Every time he released a DVD you’d feel you knew him inside out.
Dad introduced me Rik Mayall through Bottom. It was so silly, it reminded me of your funny uncle who would do anything for a laugh. There’s a clip of Mayall at a wedding when he sees the camera and can’t not try to be funny. It just beautifully encapsulates what it is to be a comic, to have the need to make people laugh.

What other jobs have you done?
I’ve done every rubbish job going. I was working in a burger van when I heard I’d got into the So You Think You’re Funny final. It also sold Pimms so I poured myself a Pimms straight away. I had to count trainers at the London Marathon. You stand there with a clicker checking the brands as people run past.

What are your ambitions?
I’d like to write something that taps into lots of people, like Aisling Bea or Phoebe Waller-Bridge have done. I’d love to see more British women doing what Amy Schumer has done, combining stand-up, film and TV. I love Tina Fey too. Both are brilliant female comics who have bossed writing and acting. I’d love to do Saturday Night Live.

How do you relax?
I play football for the local women’s team. I’m quite useful. I played at County level for North Yorkshire.

Maisie Adam brings Hang Fire to The Comedy Box at the Hen & Chicken Studio on February 2. For more info and to book tickets, visit www.thecomedybox.co.uk/site/301.asp?catID=1890