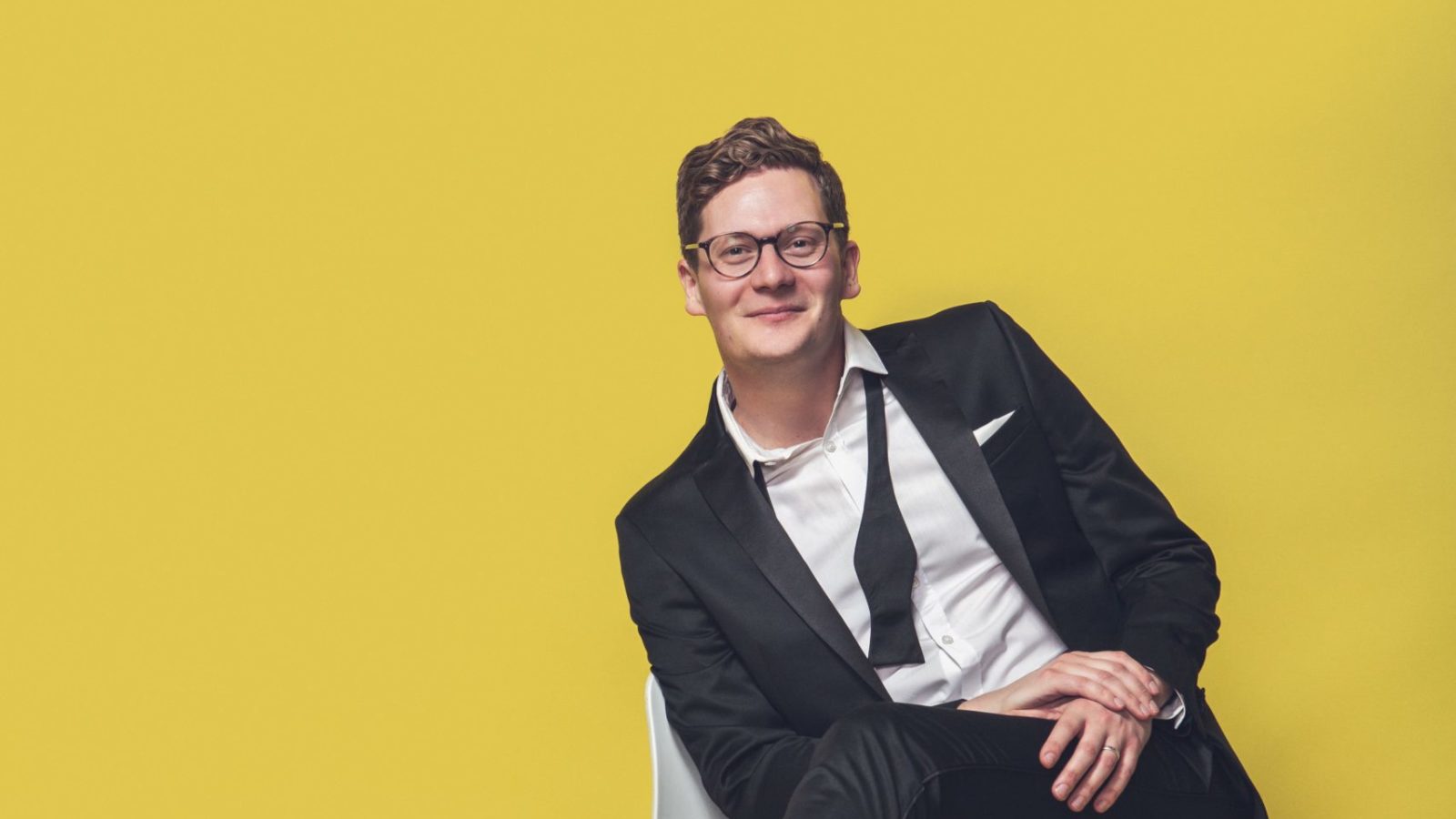 “Well-written, hard-working stand-up from a massively likeable performer who must surely be on the verge of nationwide fame” Chortle

So, Robin. What’s What A Man, What A Man, What A… what’s the show about?
It’s about men and masculinity and how roles are changing. But it’s mainly about three men: my Dad, my son, and my best friend Dave. I recently became a father and got married (in that order, too, FOR SHAME), so that features as well.

Has the subject matter caused you any trouble amongst audience members?
I do talk about toxic masculinity which is a, shall we say, spicy topic. In previews, I did have a couple of walk-outs. I started talking about the Gillette advert from a couple of years ago, and two men stood up and loudly left. I was a bit worried but then they returned to the room to tell their wives to also leave. So, quite on-brand for them, I think. 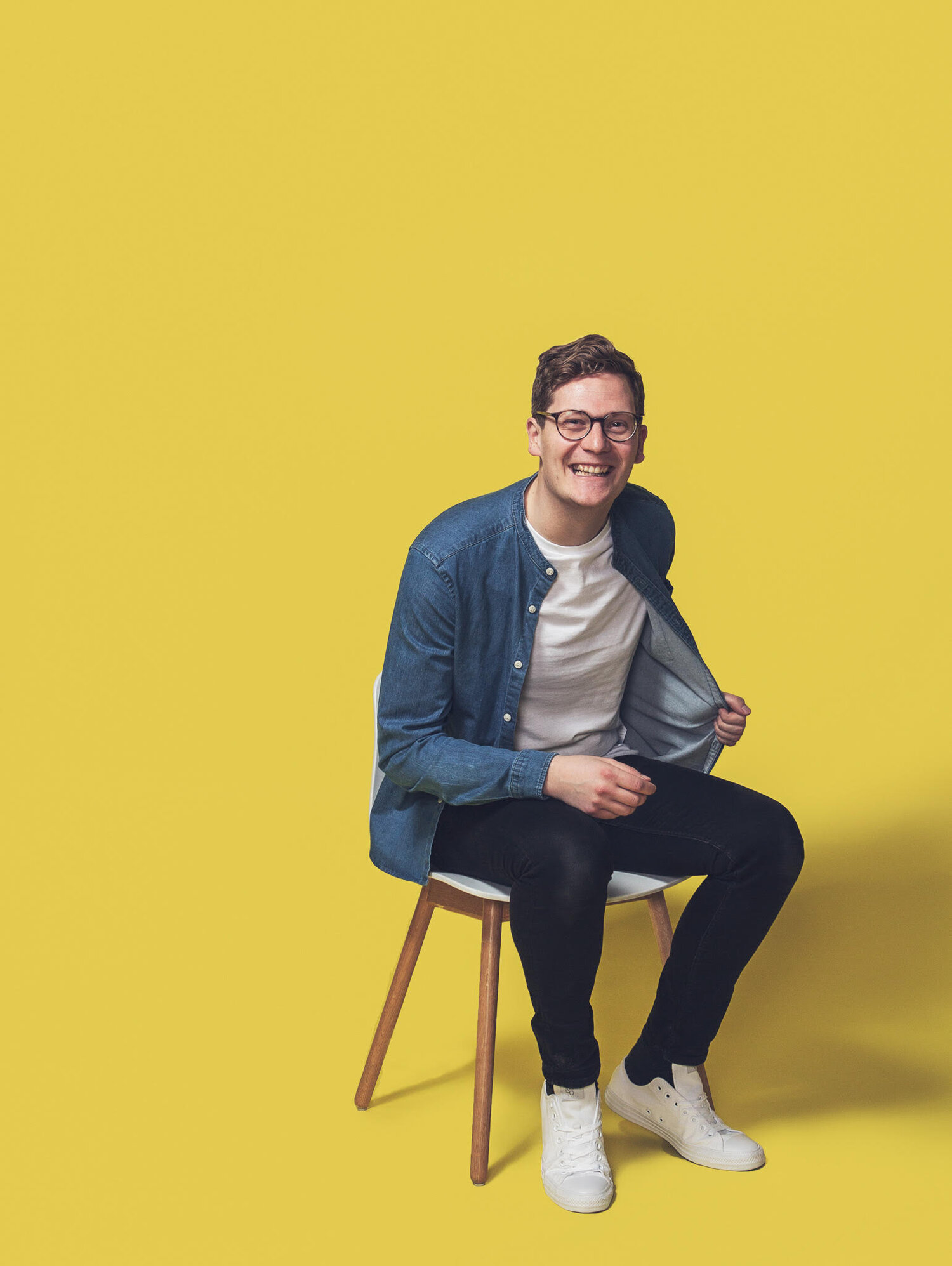 What’s it like performing your own show rather than writing for TV names?
I love it. I love crafting a show of my own and telling stories from my own life. But I also love writing for other people. I’m really lucky to have written jokes for people over the years: one of my first jobs was to write on one of Sandi Toksvig’s final episodes of The News Quiz, and then I wrote on nearly all of Miles Jupp’s. It’s been a dream.

What’s the most fun (non-stand-up) job you’ve worked on recently?
A couple of years ago I wrote on the reboot of Blind Date, hosted by Paul O’Grady. That was a show I used to watch with my parents as a kid (why did they let me watch it?). But from that, I was recommended to someone who produced the MTV European Music Awards.

So last November I was taken to Seville for four days and wrote jokes and sketches for proper bona-fide celebrities. If you come to the tour show, I’ll tell you who’s the biggest diva of the lot. I love gossip.

Do you have any pre-show rituals?
I used to panic about eating before I went on stage, I had a meal two hours before I was due on. Now I don’t care. I’ll probably walk onto the stage eating a full roast dinner.

Do you discuss politics in your show?
Not really. I have one Boris joke which I sometimes use. OK fine, I’ll tell you it here:

“I felt a bit sorry for Boris the day he became PM. He must have been so nervous. Waking up on the morning, thousands of texts on his phone, all saying: “Good luck today, Dad.”

Any radio or TV projects in the pipeline?
Yes! I’m on a brilliant CBBC panel show called The Dog Ate My Homework. I’m writing and starring in Ellie Taylor’s new Radio 4 show called Safe Space with Ellie Taylor (my name’s not in the title which I’m totally fine about), and I’m just about to record the second series of my own sitcom Relocation which is on BBC Radio Wales in April/May time.

And, finally: why such a long title?
I thought it would be funny to have a song lyric which everyone knew, which related to men / masculinity, and was really, really long. But it’s come back to haunt me – I’ve had to type What A Man, What A Man, What A Man, What A Mighty Good Man (Say It Again Now) so many times, I’m furious, plus venues have contacted me saying that it’s too long to fit on physical tickets, and in one case I broke a venue’s website because the link was too long.