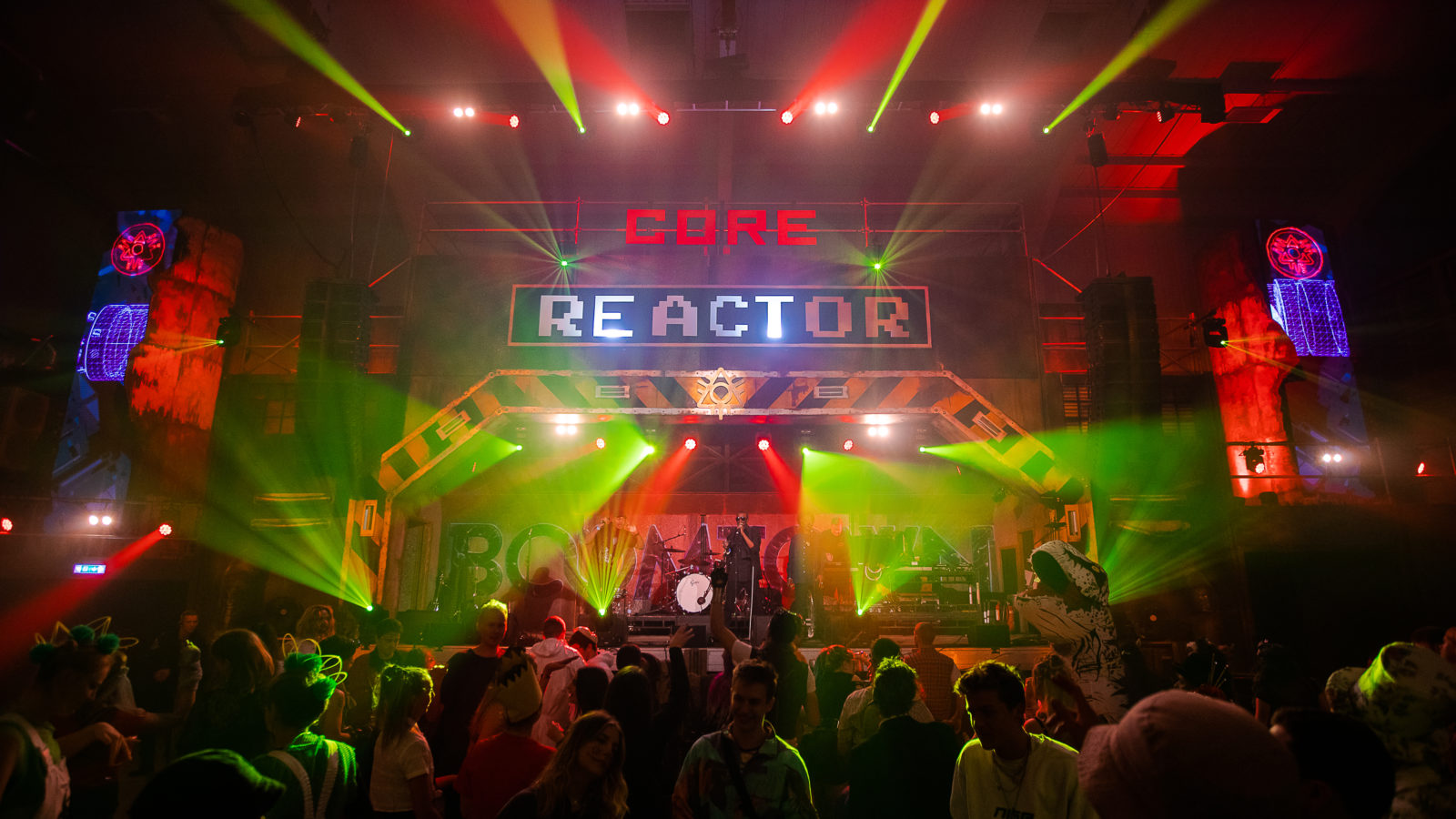 A very wet and windy night saw thousands of revellers head to the industrial back streets of St Philip’s Marsh to get their first experience of Boomtown’s sprawling new event space, Area 404.

In bringing this venue to Boomtown HQ’s home city, the creative team are aiming to give festival-goers an opportunity to experience the festival’s magic in between its notorious chapters in Winchester each summer.

After what has been a surreal and spectacular first opening night, all of those who attended will not have been disappointed.

The impressive 3,500-capacity event space was full to the max on both nights, and as fancy dress was compulsory, there was an impressive display of wacky and wonderful creature creations skittering around, from zombies and zeitgeists to other-worldly zoo creatures and all things in between.

Far more than just your standard warehouse rave, this was an all-immersive theatrical experience that left you wishing those sunny August days in Winchester would come around an awful lot sooner. 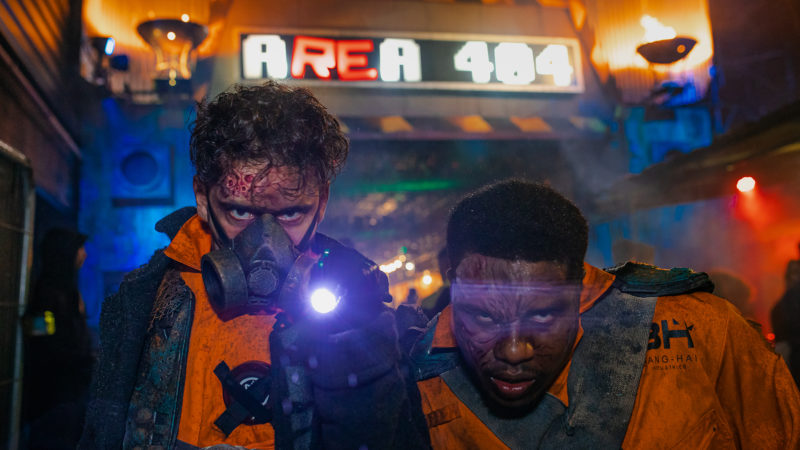 “Far more than just your standard warehouse rave, this was an all-immersive theatrical experience.”

Those who turned up early were rewarded with theatrical performances from 8 pm until midnight, with street actors roaming around and showing their acrobatic skills up on the balconies. There were radioactive surgeons, robots and corrupt businessmen stationed throughout the venue, interacting with the sometimes quite bewildered, yet very responsive crowd.

Though it wasn’t necessarily a line-up of big hitters, as you might expect at a big Saturday night rave, this only served to add to the experience. Music from a variety of genres blasted all night in each of the decked-out rooms.

I flittered between the high energy vocals of Nadia Rose in the Core Reactor main room, to the headbanging hysteria of the punky Pengshui in the Engine Room, dipping in and out of the pumping techno beats in the Acid Chamber all night long

Both the atmosphere and the décor were electric and eccentric, as we have now come expect from the masterminds behind the Boomtown madness. Each one of the five rooms is impressive, from the disturbing legs hanging from the ceiling in The Bunker, to the lasers and light shows all night in the Core Reactor. 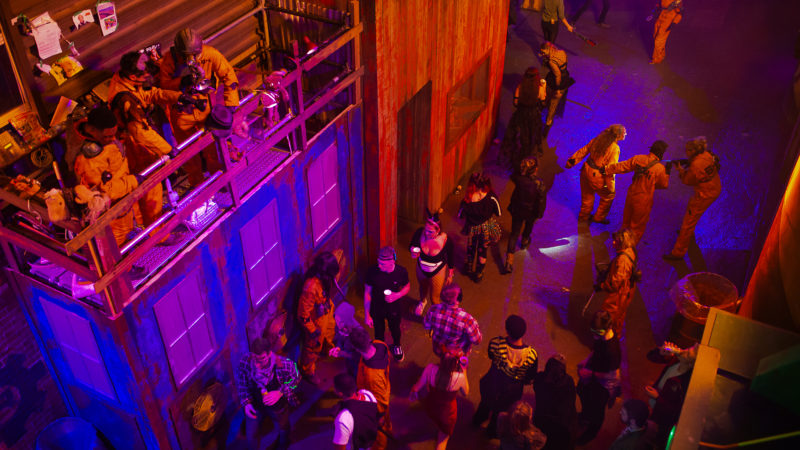 The intrepid explorer is transported into an other-worldly clubbing experience.

Yet, The Acid Chamber – a long and narrow room with speaker stacks on the ceiling running from the DJ booth to the back and LED lights illuminating the dance floor – stole the show. The impressive sound system meant there was no need to hustle and bustle to get the front: the music would hit you hard from wherever in the room you danced. The lack of big-name line up actually meant that there was no rush in and out of rooms when sets finished so you could flow very easily from room to room, taking in the spectacular atmosphere as along the way.

Throughout the night I chatted to people who had travelled from far and wide for the event, citing their desire to be back among the friendly festival atmosphere and around Boomtown’s notoriously raucous ravers as their reasons for making the journey.

I’m sure that for those who did make a long journey, there was little disappointment. On a dark and rainy autumn night in the back streets of Bristol, the Boomtown creative team managed to recreate that free and easy summer festival spirit that music fans spend all winter pining for.

The good news is we’ll all be able to go back in a few months, with parties planned around New Year and March time. You must get the chance to check this new venue out: you won’t regret it.

All photos by Jody Hartley.