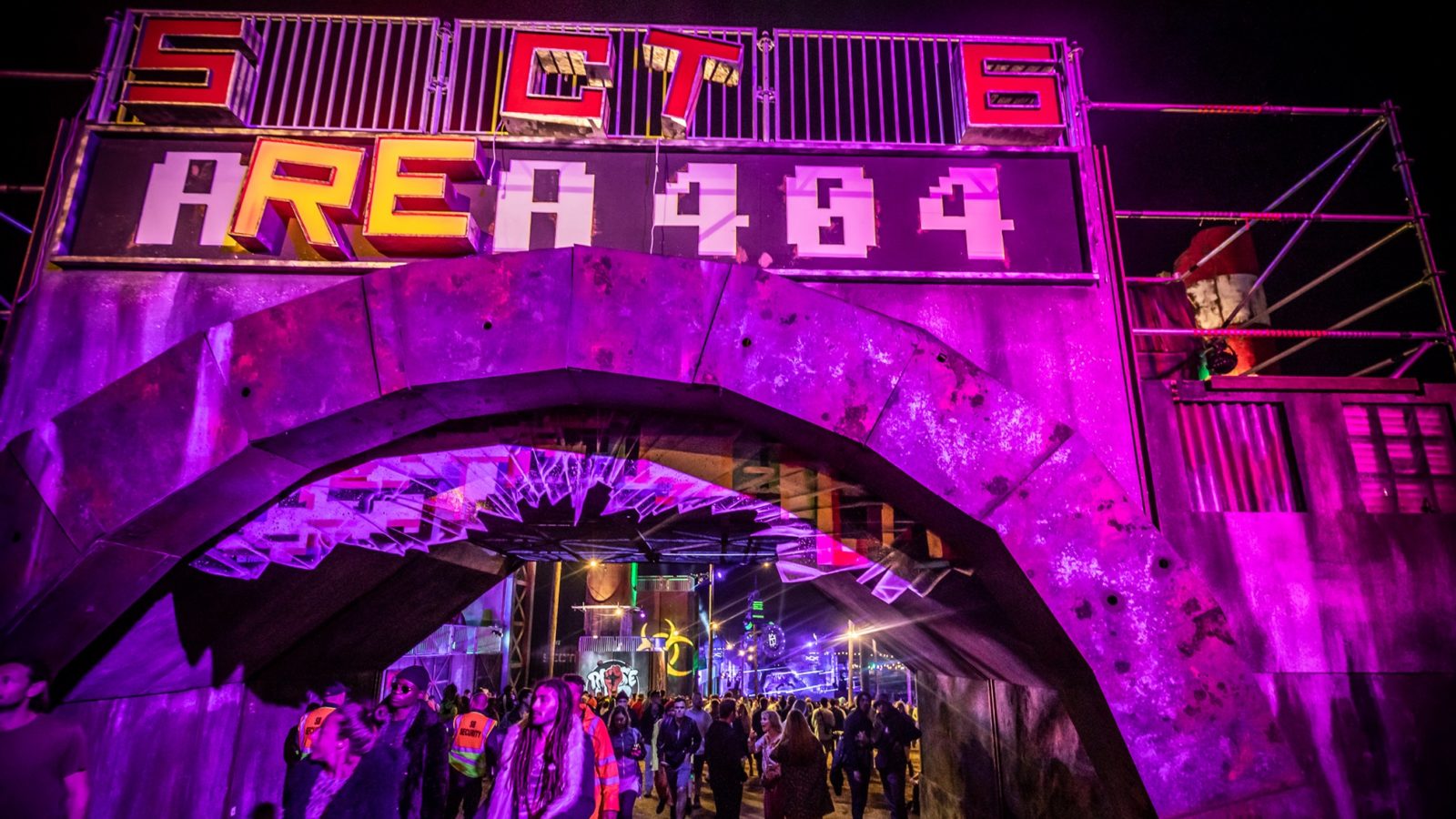 The hype for Boomtown Fair’s Area 404 has definitely exceeded itself: with the help of word of mouth buzz, almost 50,000 Facebook event responses and a legion of dedicated fans, their inaugural voyage into city nightlife – Boomtown Halloween: Area 404 – sold out in under 30 minutes.

And that’s four separate events, mind, spanning two separate weekends in November: 1st & 2nd and 8th & 9th. Without a line-up or any intricate details of what party-goers can expect come Halloween, this is a pretty impressive feat.

What we do know is Area 404 takes its namesake from the 2019 edition of the festival’s techno and electronic district, assuming the place once held by Sector 6. This reincarnate was headlined by seasoned, well, headliners Carl Cox, Four Tet and Amelie Lens and conceived as a “homage to the roots of rave culture” – an ethos that, we hope, will percolate the essence of the new venue’s dancefloor. 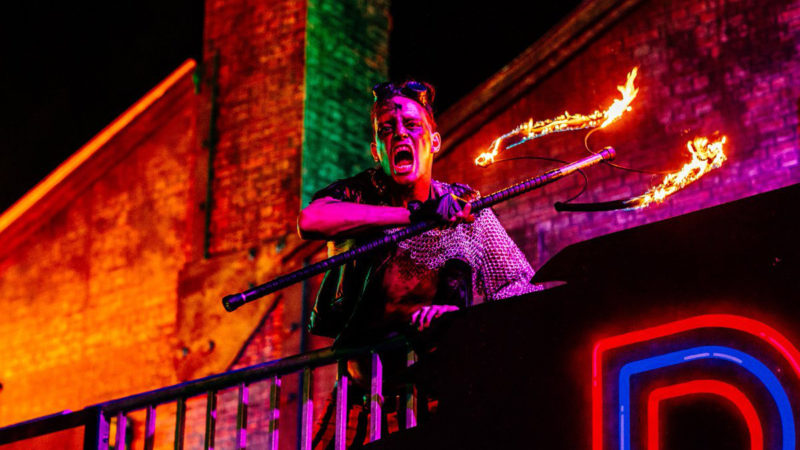 The masterminds behind Boomtown promise “an overgrown, immersive dystopia filled with lost souls for a nighttime festival experience beyond the living world”.

The venue is currently in hibernation at 126 Albert Road in St. Phillips – 1.4 miles from Temple Meads and just 1 mile from the city’s reigning superclub Motion, who will undoubtedly be their fiercest competition.

The warehouse (formally the Trimite Powder Coatings building) houses the offices and production space for the festival (e.g. this is where the behind-the-scenes logistics and stage building takes place) but it’s recently received a live events license. According to Boomtown Source, this stipulates Area 404 can open its doors 24 nights a year, leaving the club’s fate fairly open-ended.

Read more: Uncanny clubbing: where to dance this Halloween in Bristol

Why Bristol? Those familiar to Boomtown will know that every year 58,000 attendees ascend onto the idyllic Hampshire countryside to enjoy a muddy four days of mainly drum and bass, dub and jungle, but also tip-toeing the entire sector of electronic and world music. The sounds that rumble through the city throughout the year blast through the festival’s soundsystems every summer. 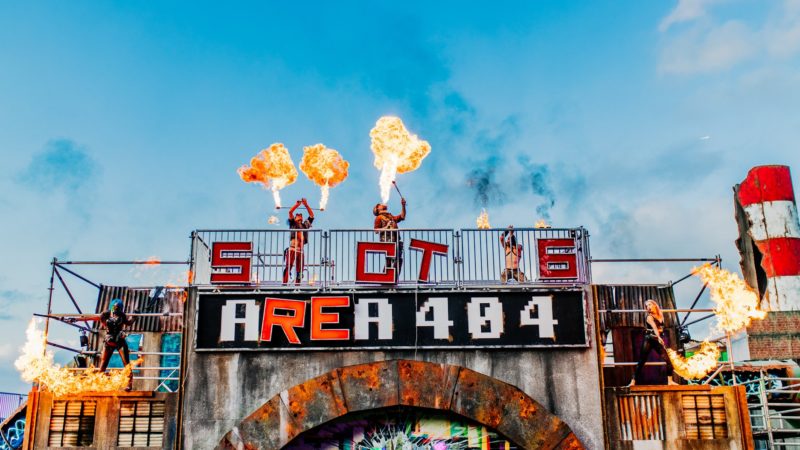 Area 404 gets its name from the all-new Boomtown district

Bristol’s free-spirited warehouse rave élan seems right at the heart of the festival, established eleven years ago in memory of the free party scene that’s more or less been put to bed. Halloween seems the perfect time for this metempsychosis (albeit at £33 a pop). Nevertheless, fans like 22-year-old Boomtown devotee Joe still snagged a ticket, “It looks like a brand new experience and it’s great to have new venues in Bristol.”

A statement from Boomtown invites the agog explorer into”‘the deserted industrial quadrant of Area 404: an overgrown, immersive dystopia filled with lost souls for a nighttime festival experience beyond the living world.” We can only imagine a feral-sounding “warren-like complex’ with Boomtown’s signature cocktail of “interactive and immersive theatre” and  “beautifully hand-crafted, intricate set designs” which have long-established the festival as a big daddy on the UK festival scene. 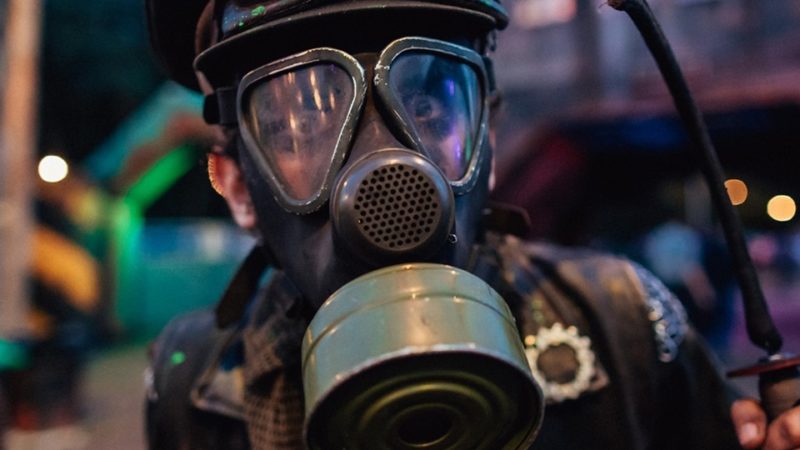 The year’s most in-demand event falls on Halloween weekend – and the weekend after.

The line-up is being kept hush-hush and, with such an opulent price tag, one would hope Boomtown would invite the crème de la crème of the genre to perform. Acts like Chase & Status, My Nu Leng and Shy FX have long been festival favourites, but could these artists be outshined by Area 404’s high-octane production levels? Or would their star power only add to the visual feast? It’ll be interesting to see what punches they decide to pull come the billing announcement.

In the meantime, Boomtown promises a “melting pot of musical styles” made up of “a perfect spectrum of reggae, techno, house, DnB and disco” in the smaller rooms supplemented by “high energy live music” in Area 404’s main room. Halloween at Area 404 is undoubtedly the year’s most in-demand event and delivering the spectacle could delineate a new narrative in the story of Bristol’s nightlife.

Read more: Bristol nightclub hopes that buying its building will secure its future