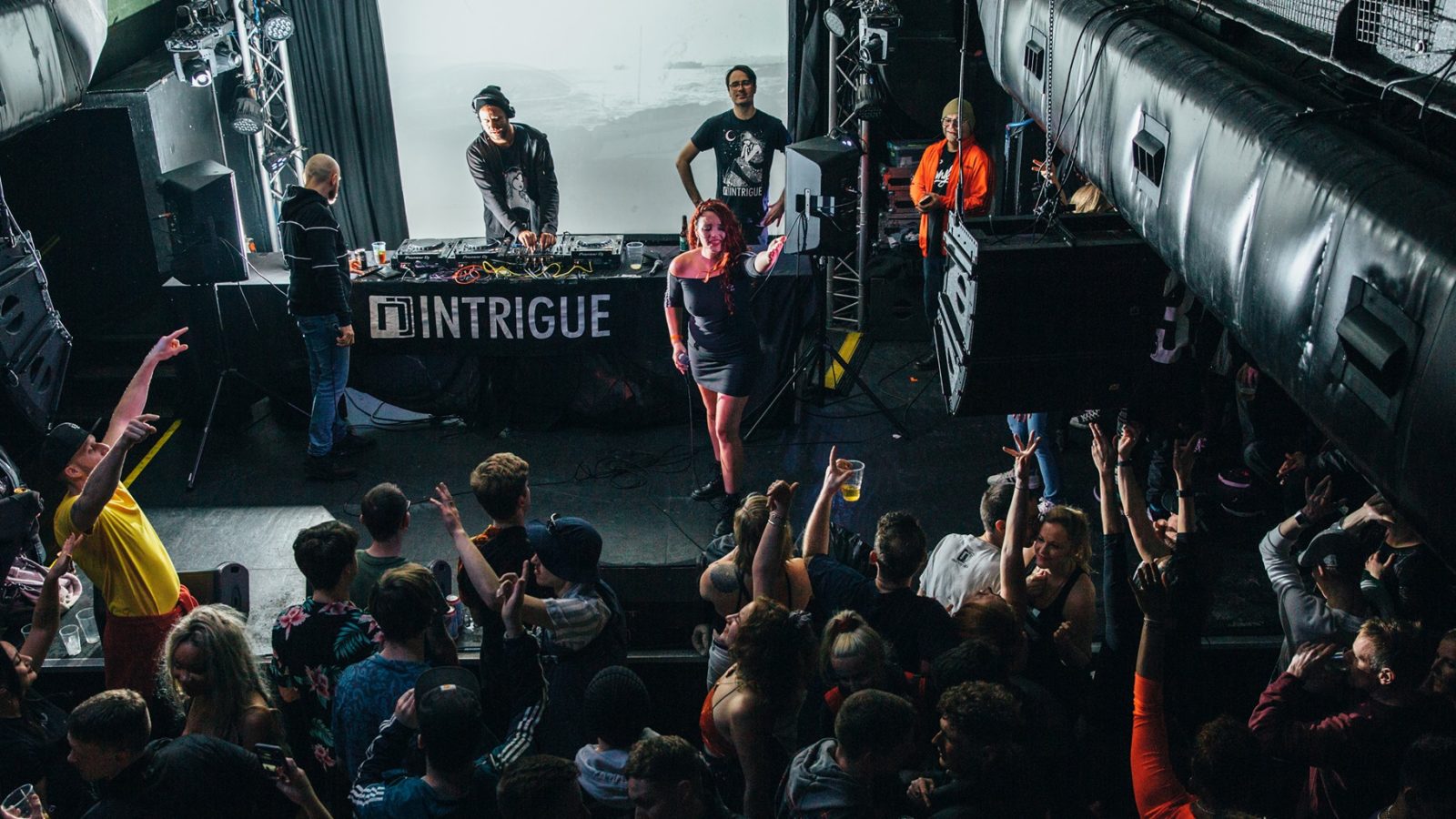 Promoter Ben Soundscape invited the city’s drum and bass community to the newly-refurbed Thekla in celebration 17 years of Bristol’s longest-running DnB night Intrigue. The line-up promised to be a celebration for dedicated regulars and a homecoming of sorts after touring Australia and New Zealand. To those regulars, this is a homage to deep and sophisticated dance music.

Starting off proceedings in the top deck, Blan-Kaa and Fluent flexed the revamped sound system, giving us a trip through recent and classic liquid DnB. This proved to be the perfect way to warm up the crowd: you could sense the excitement in the air.

In the main room, some of the refurbs were noticeable: an improved floor, new lighting and an absence of the famed moist atmosphere. The Insiders fired up with their trademark journey through Intrigue Music’s dubs with some touches of smooth liquid and odd classic’s thrown in for good measure. Alix Perez’ Trinity was played twice, but no complaints here – it gets the crowd skanking every time.

MC Fokus led the proceedings for the night and Collette Warren joined him on stage for vocal treats. They provided a delectable playoff between each other: sweet vocals and hype prompts from Colette answered with streetwise bars from Fokus to taunt the crowd. For the trainspotters out there, an exclusive dubplate in the form of Pola & Bryson’s remix of One Exception by DJ Marky, Tyler Daley and Collette herself (she sang adlib over the track on the night).

Mark System stepped up to the wheels next and not knowing what to expect led to a pleasantly surprising result: a different take on deep DnB, something quite unique, curated and intriguing. As Fokus reminded us, Mark doesn’t rush his sets. It was a show of carefully blended beats, giving each track time to air out and play on the mind of the crowd. Lots of cinematic, soundtrack-esque music in his set – a real breath of fresh air!

SpectraSoul, capable of filtered soul and razor-edged beats, decided to up the intensity, taking us to a darker, harder place. It was mostly atmospheric but he couldn’t resist the temptation to drop facemelter after facemelter, the room now full of appreciative screw faces.

MC DRS, a regular at Intrigue, took the crowd by the horns with his endless supply of lyrical wizardry and crowd interaction. He even said “we can’t rewind them all” as much as they were deserved.

The sound system had now been fully tested and was coping well with some serious bass modulations. The last set of the night came from grandmaster Doc Scott who, after 25 years plus in the game, can show us how to weave a spell over a dancefloor, and he did not disappoint. He continued on the harder, deeper tip and kept the dancefloor full, dropping plenty of dubs and recent releases from his 31 Records label including Coda & Coy’s Drift.

SpectraSoul, himself an accomplished artist, looked on at the master, the stage full of onlookers and the crowd baying ever closer to the stage. It felt intimate, community-like and cosy; a testament to that was the various Intrigue t-shirts spotted around the place, clearly the sign of dedication and passion. Massive respect to Ben Soundscape, he has created what many promoters dream of, a solid foundation and unique vibe in a characterful location, able to attract the very best of the genre to play the most cutting-edge music out there. This is Bristol, this is Intrigue.

Intrigue was at Thekla on Sat, Feb 21. For more nights at Thekla, visit www.theklabristol.co.uk.

Read more: How Intrigue have been bossing the Bristol drum and bass scene for 17 years