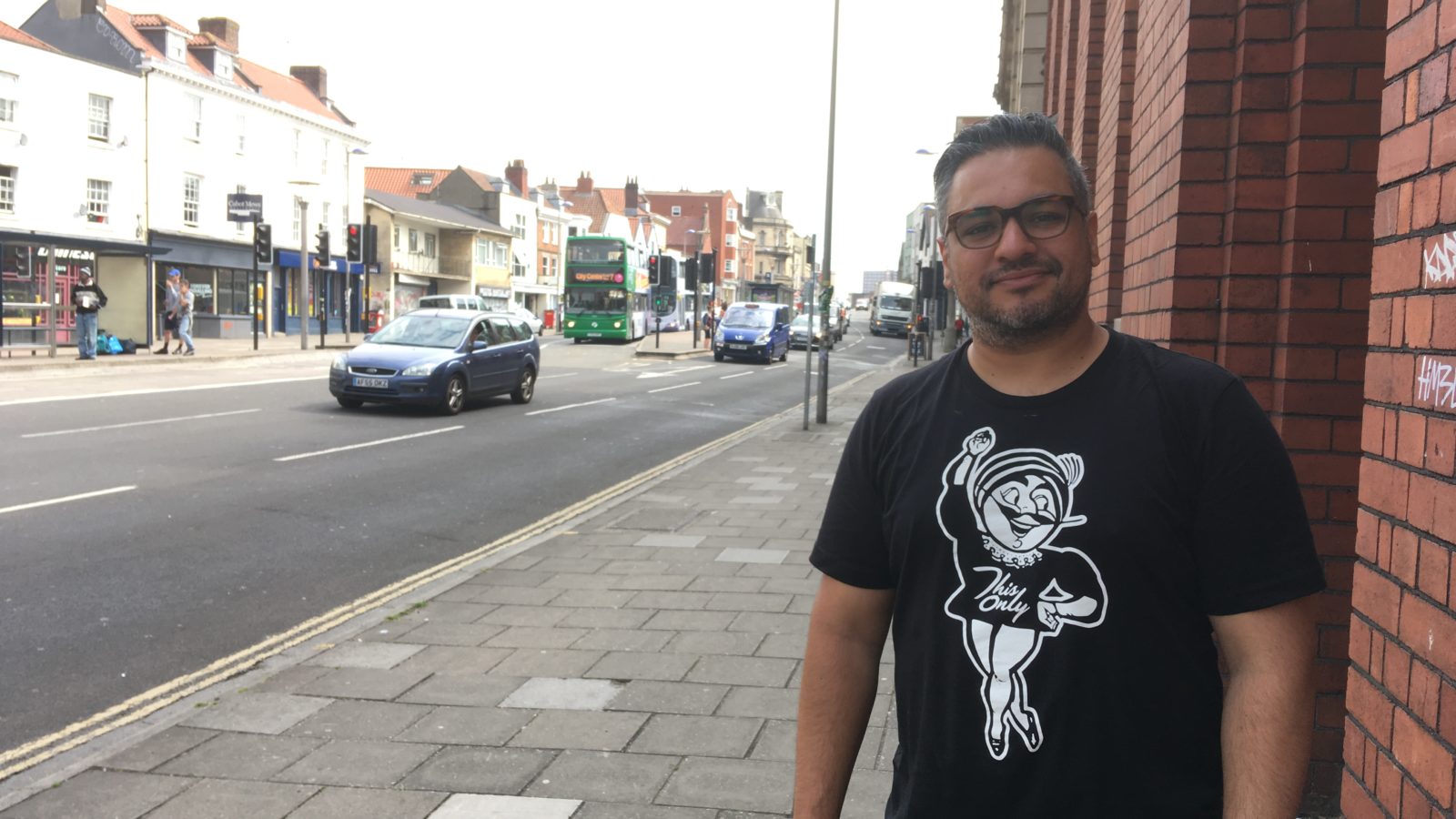 The themes of Nikesh Shukla’s latest novel, a young adult thriller called Run, Riot, are complex to say the least. The book touches on gentrification, politics, corruption, class, prejudice and police brutality, and is set in a tower block in Bristol – though its broad themes mean it could be any city.

“I don’t know if young people necessarily know what gentrification is called, but It’s an issue that affects them – housing and homelessness are big problem for young people,” Nikesh says as we wander down Old Market. It’s a part of inner-city Bristol that has undergone enormous changes over the past handful of years. A kebab shop currently fenced off by police tape rubs shoulders with a trendy coffee shop; further up the road is an artisanal bakery along with some of the city’s last remaining massage parlours. 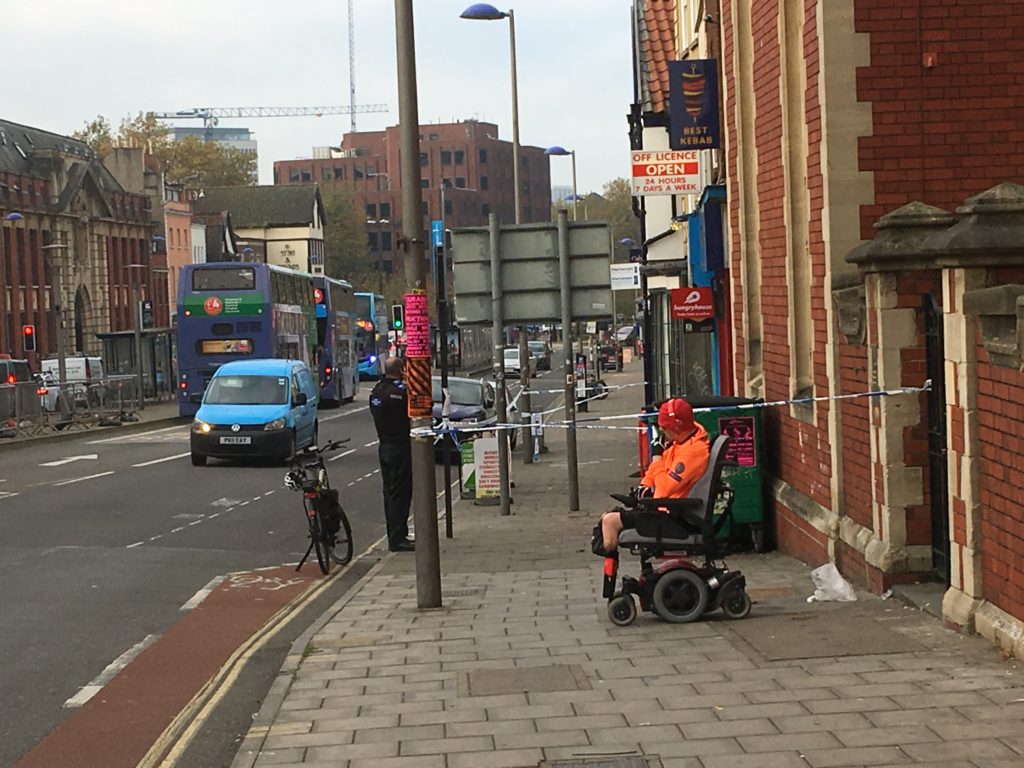 “The centre of Bristol is small, and even in the seven years that I’ve lived here I’ve seen it change,” Nikesh continues. “I live at the top of Stokes Croft and I’ve seen a demographic shift. I see it around me all the time and I have to contend with the fact that I am a gentrifier too.

“The most constructive way to deal with privilege is to not deny you have it but to acknowledge it and do something with it that challenges powers. The only thing I can really do is write, so I wanted to write a book for young people that helps young people see that gentrification is happening around them and give them the language to talk about it.” 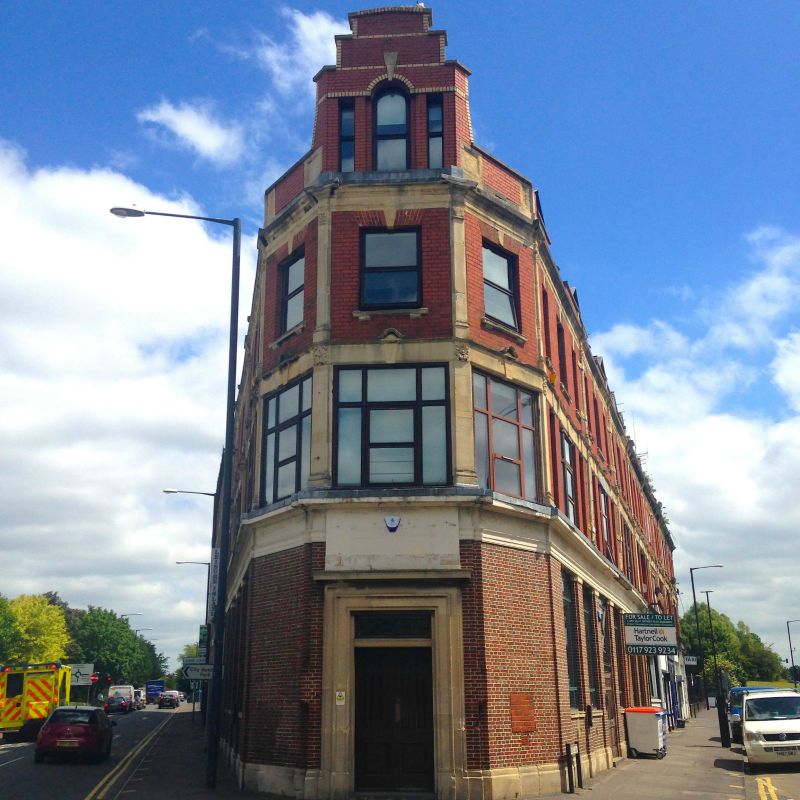 It was a young person from Bristol who inspired Nikesh to start writing the novel, more than four years ago. “When I first started working as the editor of Rife Magazine, I was heartened and surprised that the first thing one of our original cohort of young journalists, Adibah Iqbal, pitched was to write about growing up in Stokes Croft and how it was becoming gentrified. She felt quite uncomfortable with that.

“She wrote the piece and it generated a lot of discussion online. The fact that people felt very passionately about it – they either really agreed with her or really didn’t – was interesting. It was obviously a big talking point in the city.”

We cross Midland Road and pass by industrial forecourts and scrubby grassland, cutting back along Waterloo Street to emerge back onto West Street near the bright pink frontage of a cupcake shop. “This area has completely changed,” Nikesh says over the scream of a siren. “I always worry about places losing their personality once chains arrive, and the thing that bothers me most is: what about the core community that made this place what it is? Where are those communities and where do they live now?” 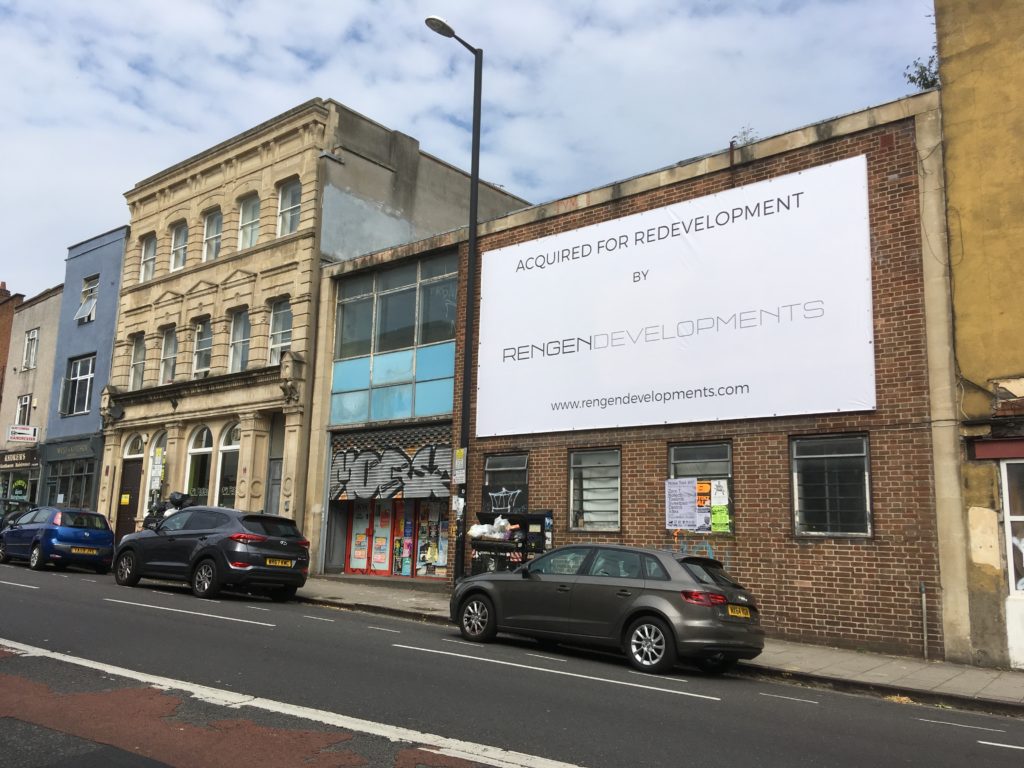 A huge banner stretches across an empty building, declaring it ‘acquired for redevelopment’

Run, Riot follows four teenage friends through the events of a single night in real time, traversing the corridors of the tower block they call home and piecing together a story of deep corruption, social injustice and institutional violence that puts their tower block under threat of being demolished to make way for luxury housing that none of their families can afford. “I really hope that young people read it and feel like stories are being told about contemporary young British people of colour and the issues they face,” Nikesh says.

As we turn back towards Broadmead, we pass a derelict building with a huge banner covering the whole upper storey, declaring that it has been ‘acquired for redevelopment’. “A lot of people think gentrification is posh coffee shops and sourdough bread, but it starts much earlier than that,” Nikesh says. “When you start to see those places it’s way too late. That’s not a causing factor.

“Often people blame the hipsters or the artists, or the people who can afford to buy expensive flats in newly-flipped areas, but it’s property developers and government policies that mean that people who live in social housing don’t feel that they can be socially mobile; it’s the closing down of youth centres and debating whether we should charge people to use parks that create space for people to gentrify areas.”

The shining buildings of Cabot Circus hone back into view, a luxury development of expensive shops and apartments with panoramic views that only a tiny proportion of Bristolians can afford. “I don’t think we’ll ever stop gentrifying: there’s too much money in it,” Nikesh says. “But the question is, what happens when an entire city is comprised of coffee shops that no one can afford, and housing that no one can afford, and Tesco Metros?” 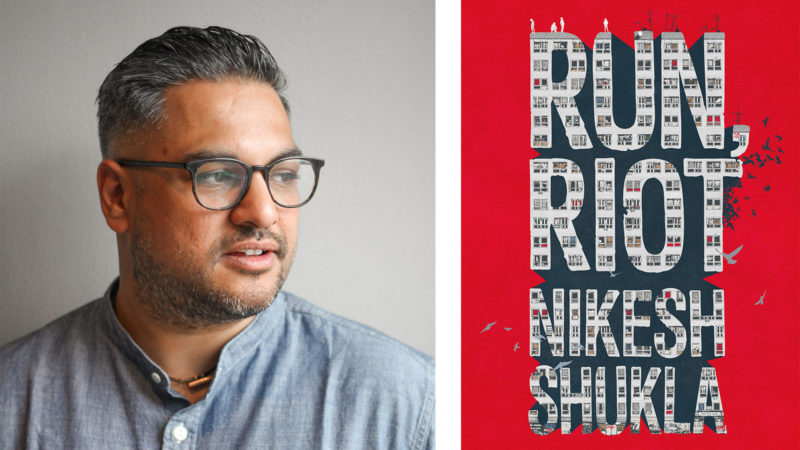 Run, Riot is published by Hachette Children’s Group and is available now at www.hachettechildrens.co.uk