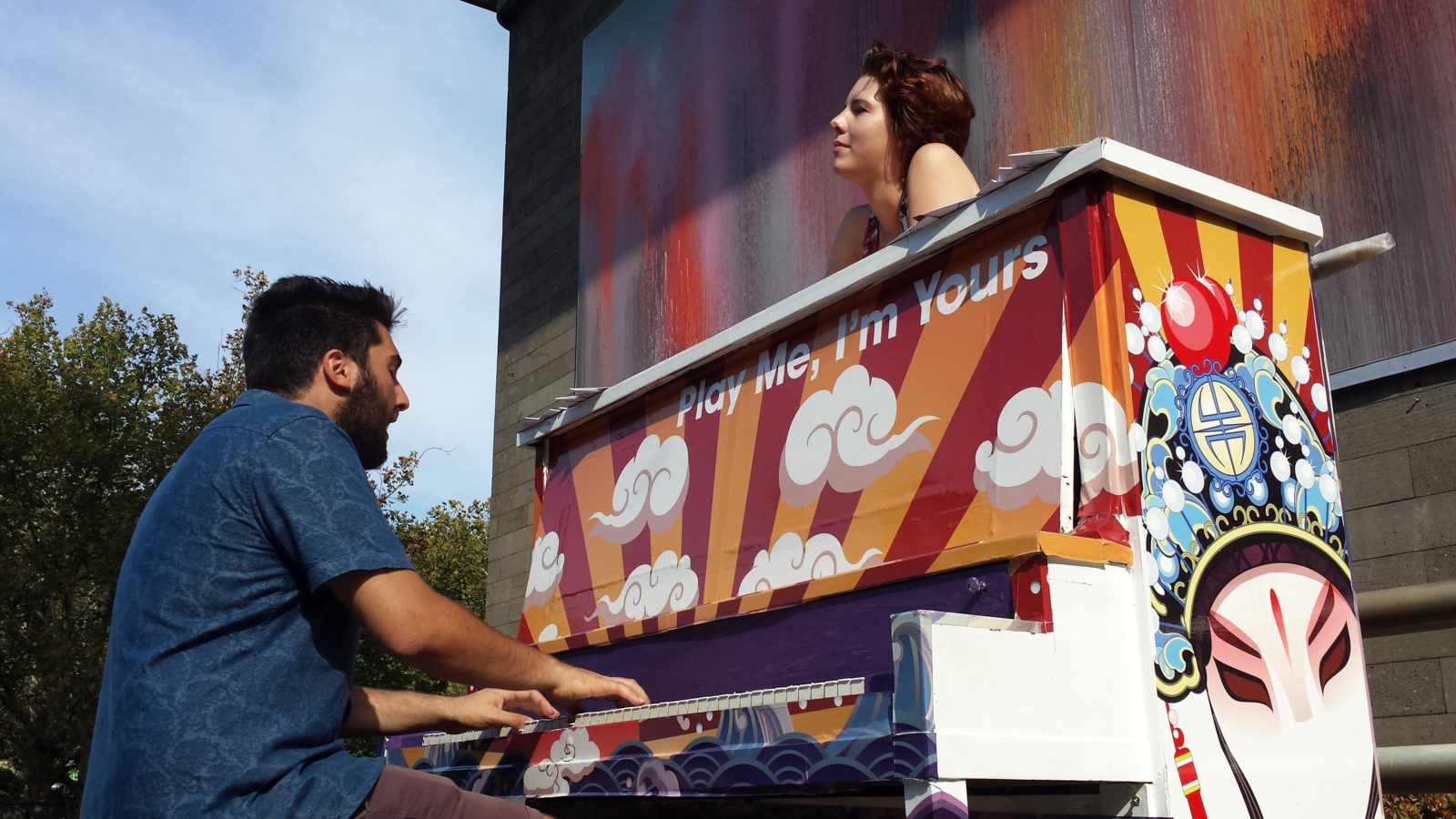 Luke Jerram’s Play Me, I’m Yours project, which brings pianos to city streets, has confirmed that it will be taking place in Bristol this summer between August 17 and September 2, following  Arts Council England matching the £20,000 raised by a crowdfunding campaign.

Eighteen pianos, each individually decorated by local artists and groups, will appear in different public places around the city, with an open invitation for anyone to play them.

The visit to the home city of Jerram, best known for his Park Street water slide and who recently hung a huge scale model of the moon in the Wills Memorial Building, marks the 10th year of the project which has put 1,700 pianos in 50 cities across the world. 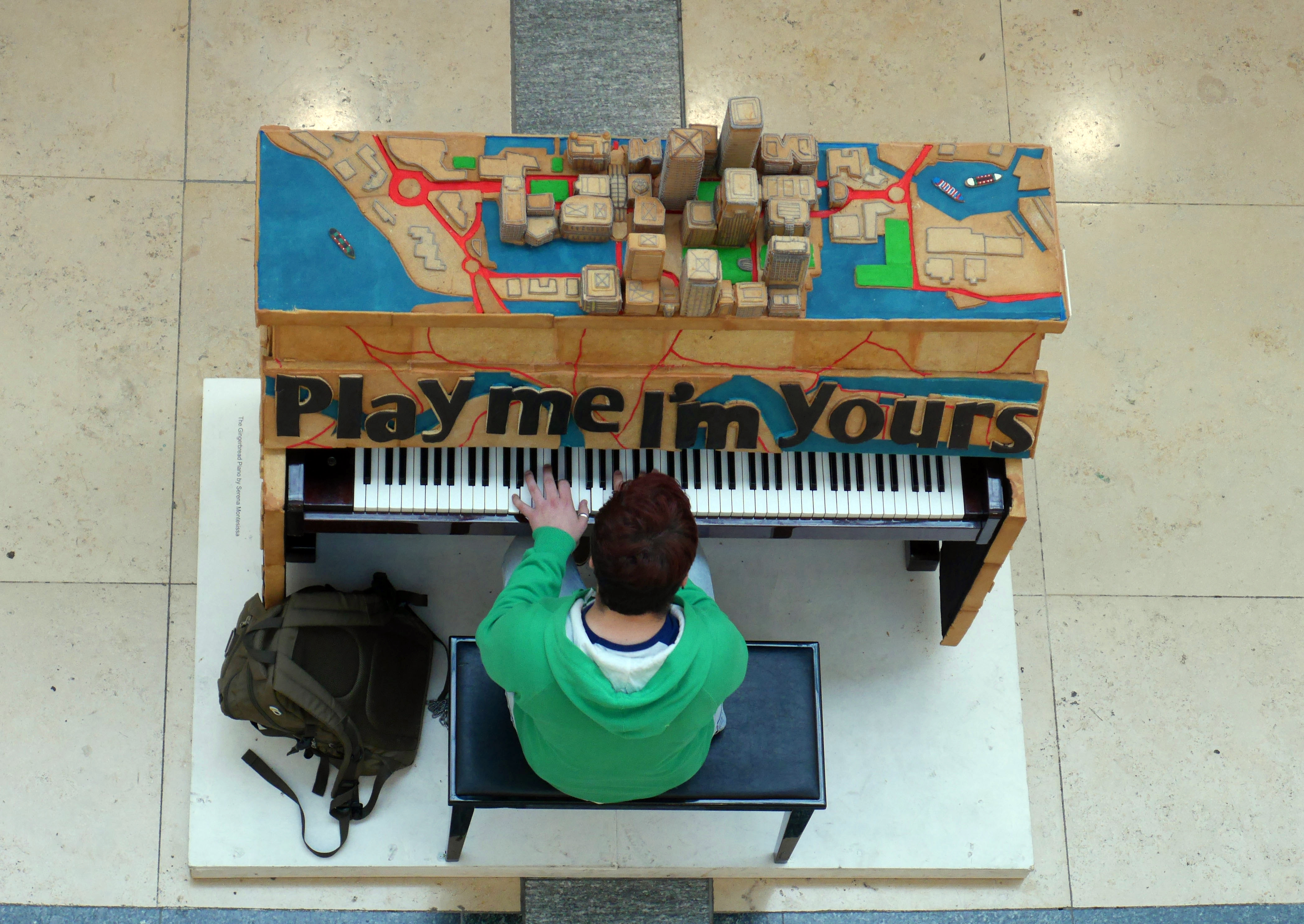 Man plays Play Me I’m Yours in Canary Wharf

Jerram’s idea for project came from a visit to a launderette, where, he says, he saw people “sitting in silent monotony”.

He says the aim of the project is to “inspire the hundreds of invisible communities that there must be in a city”.