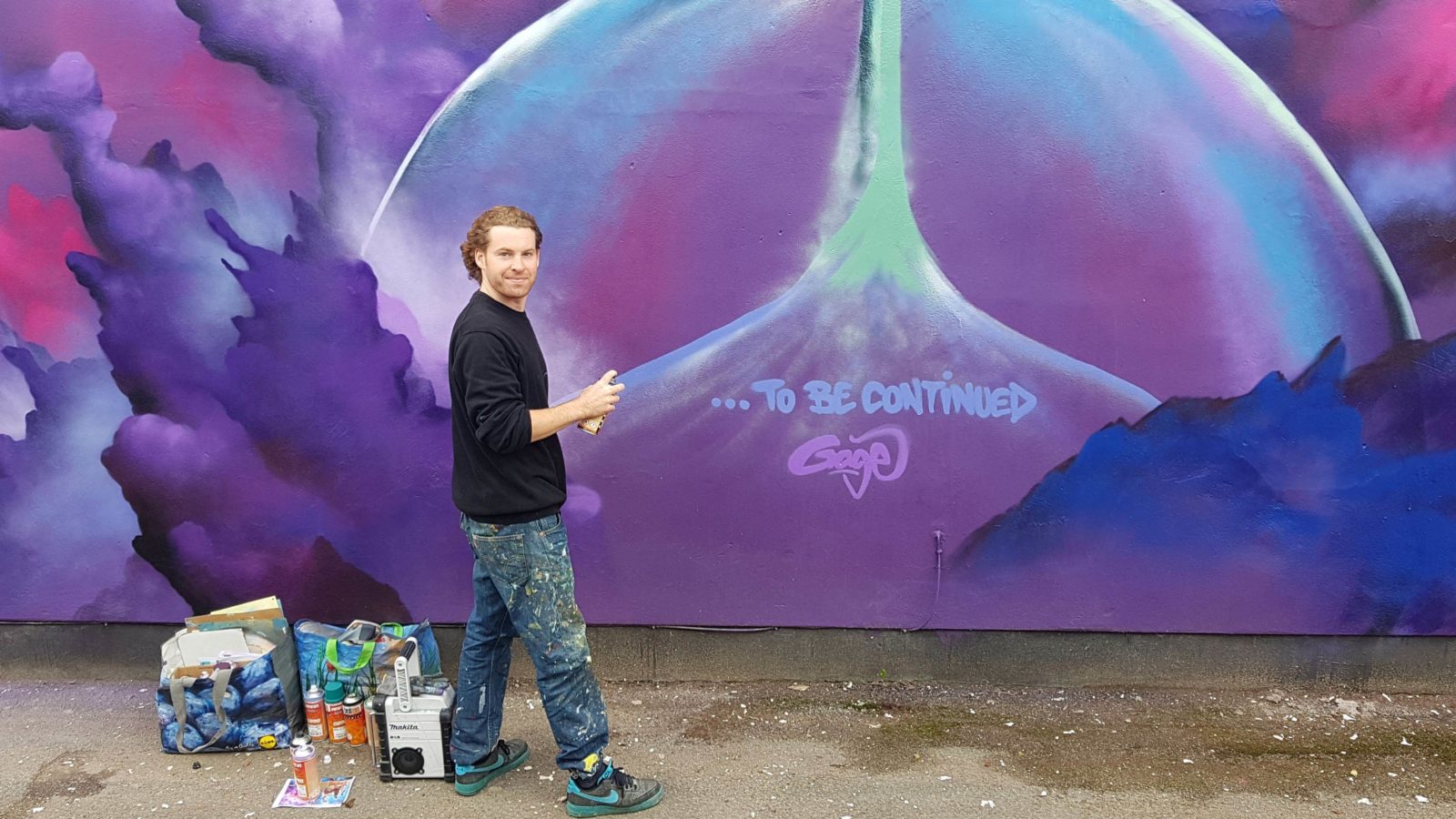 People passing along the footpath at the far end of Paintworks pause to admire a vast new mural on the end of a house.

“That’s really good that is,” says one man to the artist, who is busy at work with a spray can adding detailing to his work in progress.

At first glance, a vibrant and joyous piece celebrating the natural environment on land and sea, the mural actually has a hard-hitting message about the threat to the planet, which is suffering the devastating effects of climate change at an alarming rate.

“I’m going to get a calligrapher friend to write the deadline 2030 at the bottom,” says Ollie Gillard, who works under the name of Gage Graphics. 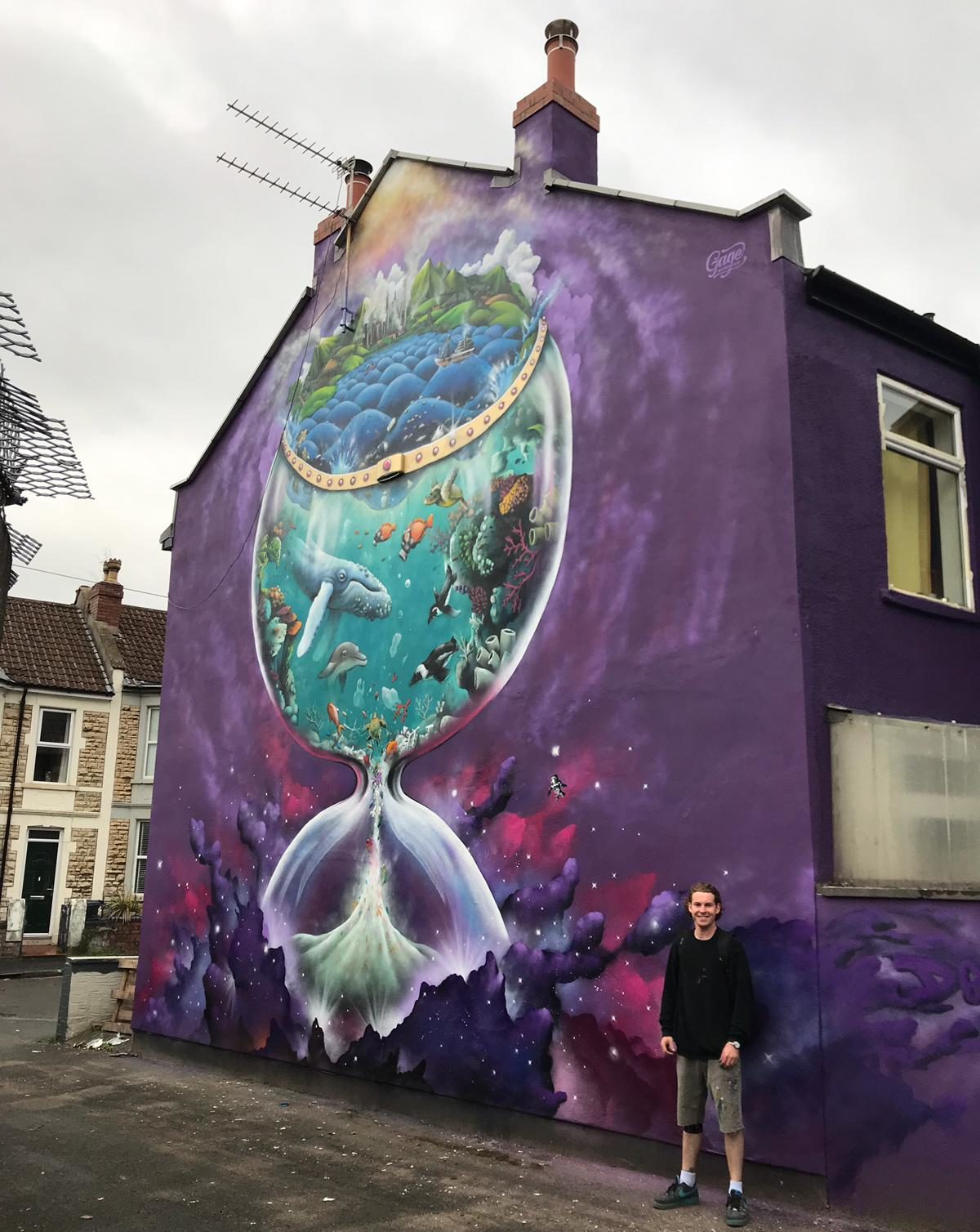 The vast mural is almost complete

The artist, whose work can be seen across Bristol and especially Totterdown, says the ideas for the details in the mural came from him and the owner of the house, at the end of Edward Road, who wanted to send an important environmental message.

“The owner of the house had the idea of an hourglass, then I started coming up with the idea of planet Earth within that,” explains Ollie.

“The whole idea that the human population is destroying life. The further down the mural you get, the more you see the death of creatures. We have human life at the top and then the oceans and all the creatures saying, ‘what are you doing?’

“We wanted to have something that makes people think.”

The work in progress will join a number of statement pieces across the city highlighting the dangers of climate change, including the mural by Jody on the Tobacco Factory, featuring Greta Thunberg, which has gained global attention. 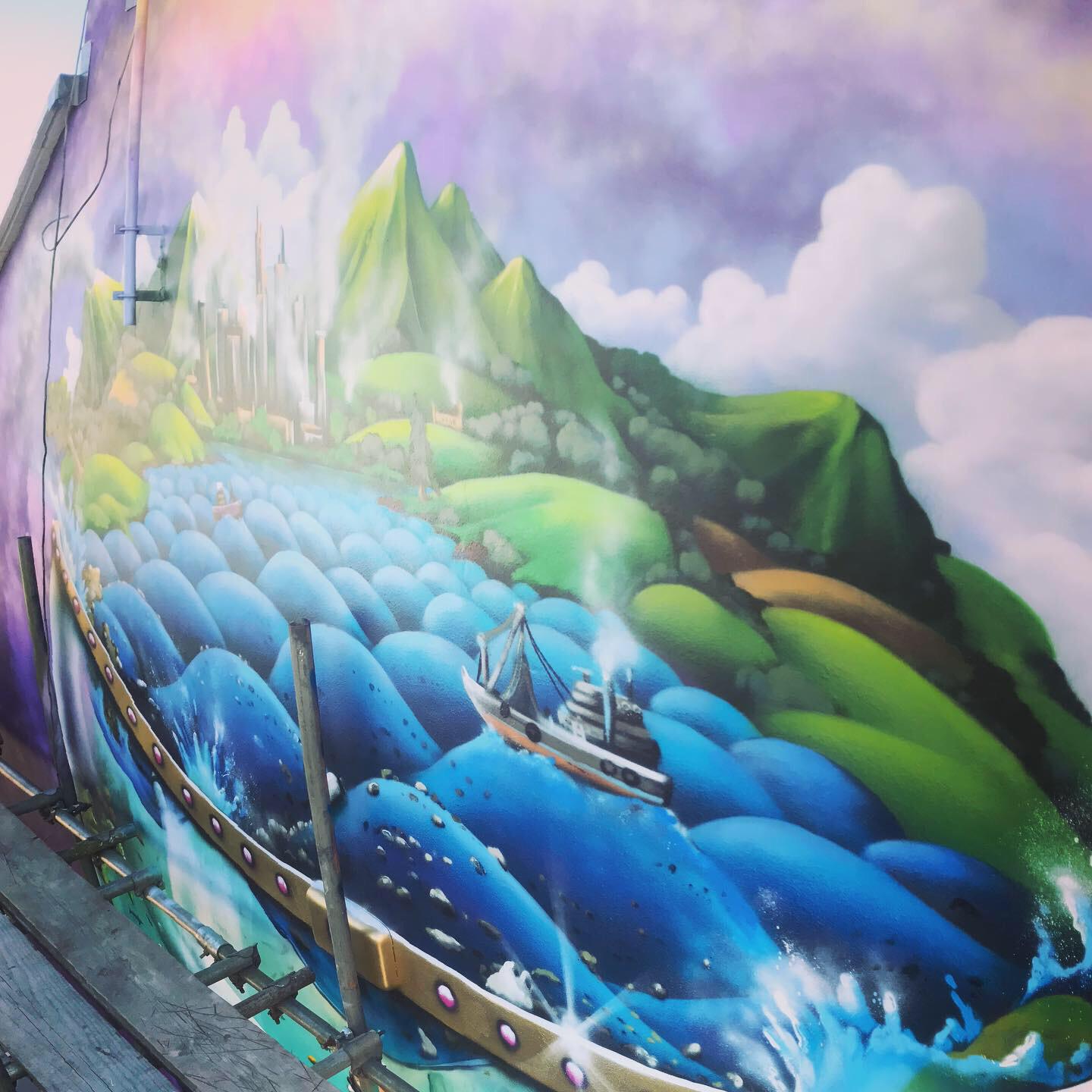 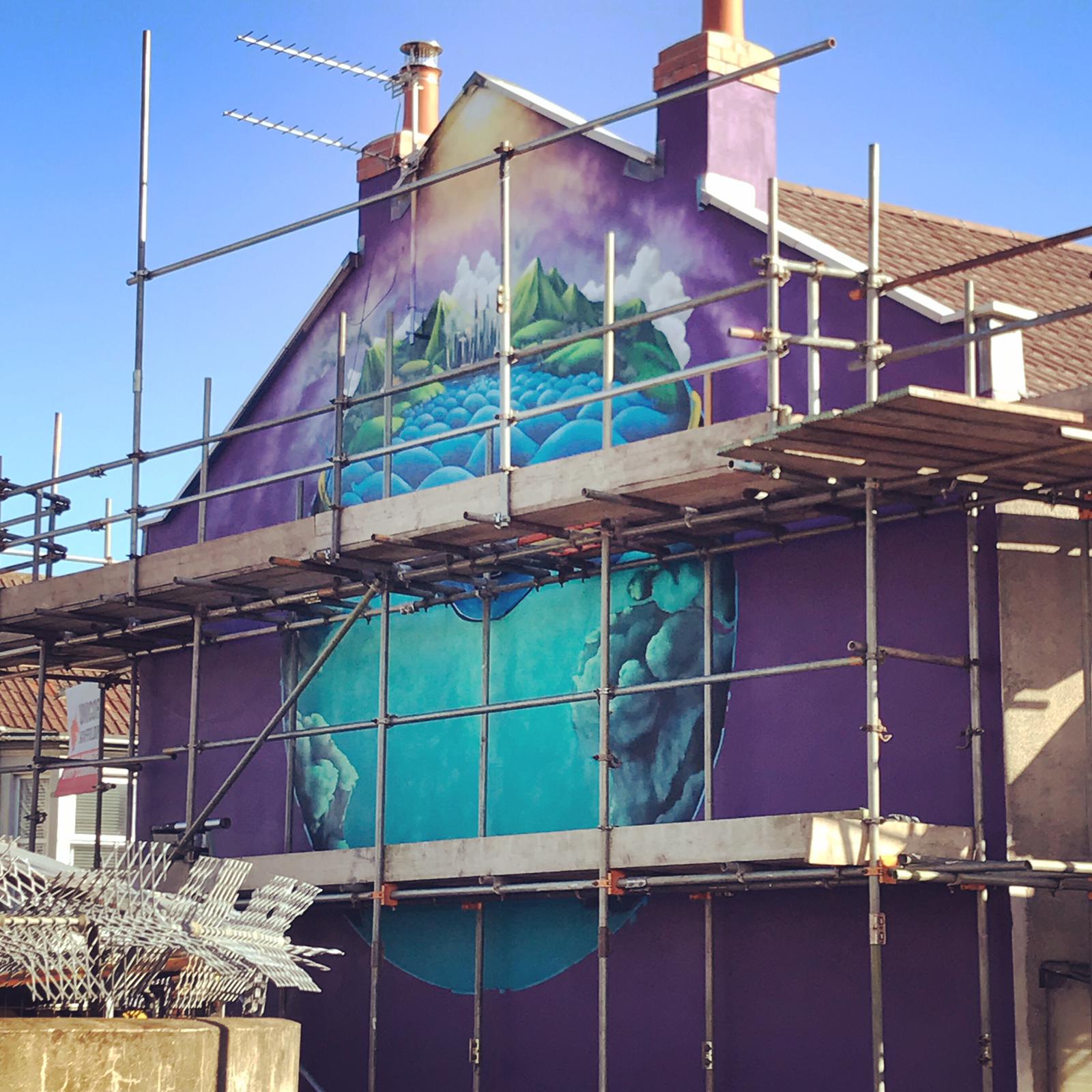 The work has all been done freehand and on close inspection, you see the signs of devastation amid the beauty – fish wearing gas masks, plastic floating in the ocean, coral reef bleached and dying. A number of the species featured in the artwork are endangered.

“I really hope people stop to look and think and get the message,” says Ollie, who grew up in France, where he honed his skills with a can, before moving to Bristol at the age of 19.

“And kids as well, I would like them to know that pollution is bad. It’s about raising awareness. Everyone knows we are in a bad way bit it’s what we can do.”

Ollie has spent around five days on the mural so far – in between the rain – and expects to finish it soon. When he posts it on social media, he plans to include a list of key ways in which individuals can make a difference, along with the hashtag #Deadline2030. 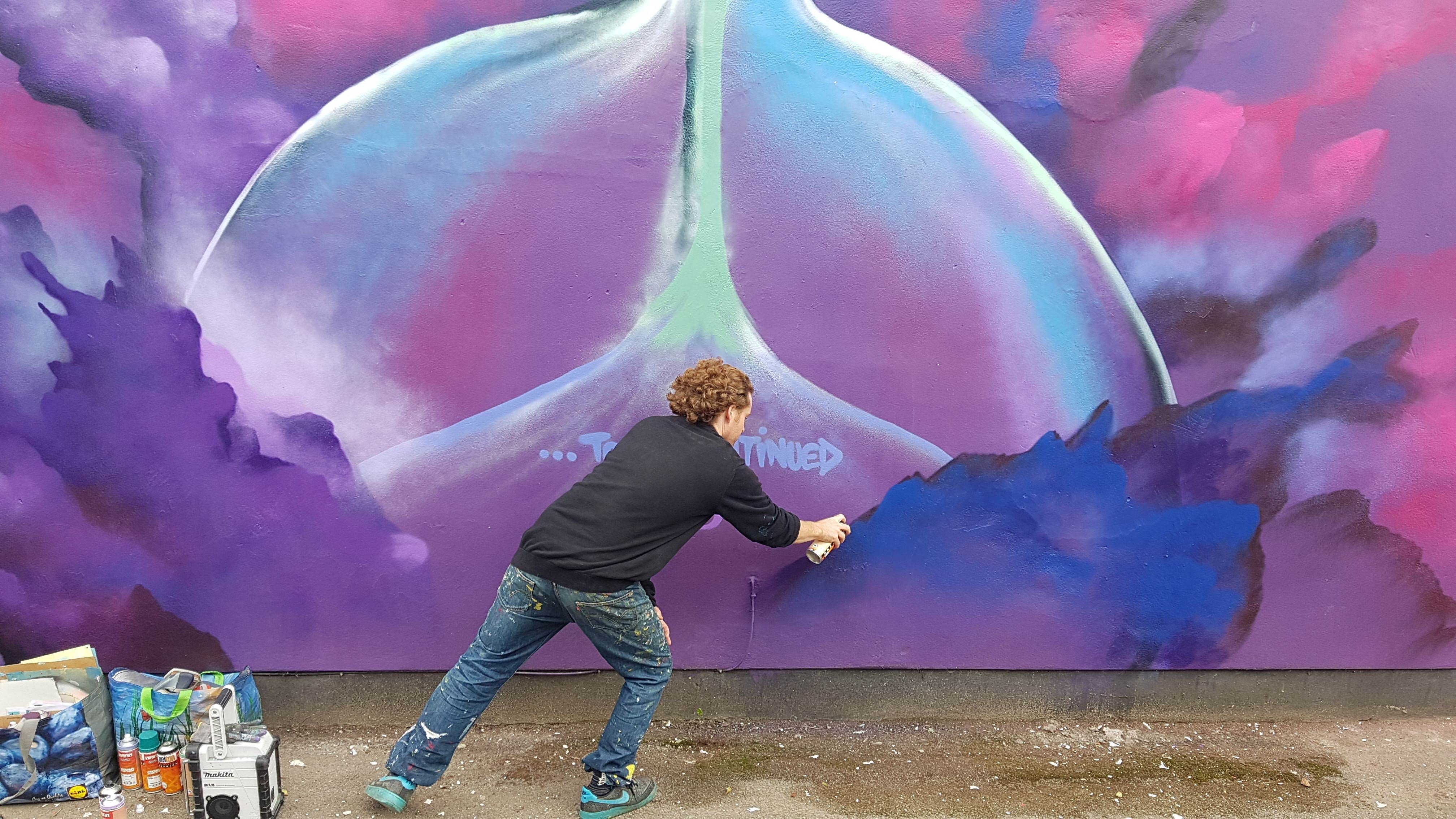 Ollie hopes the work will make people stop and think 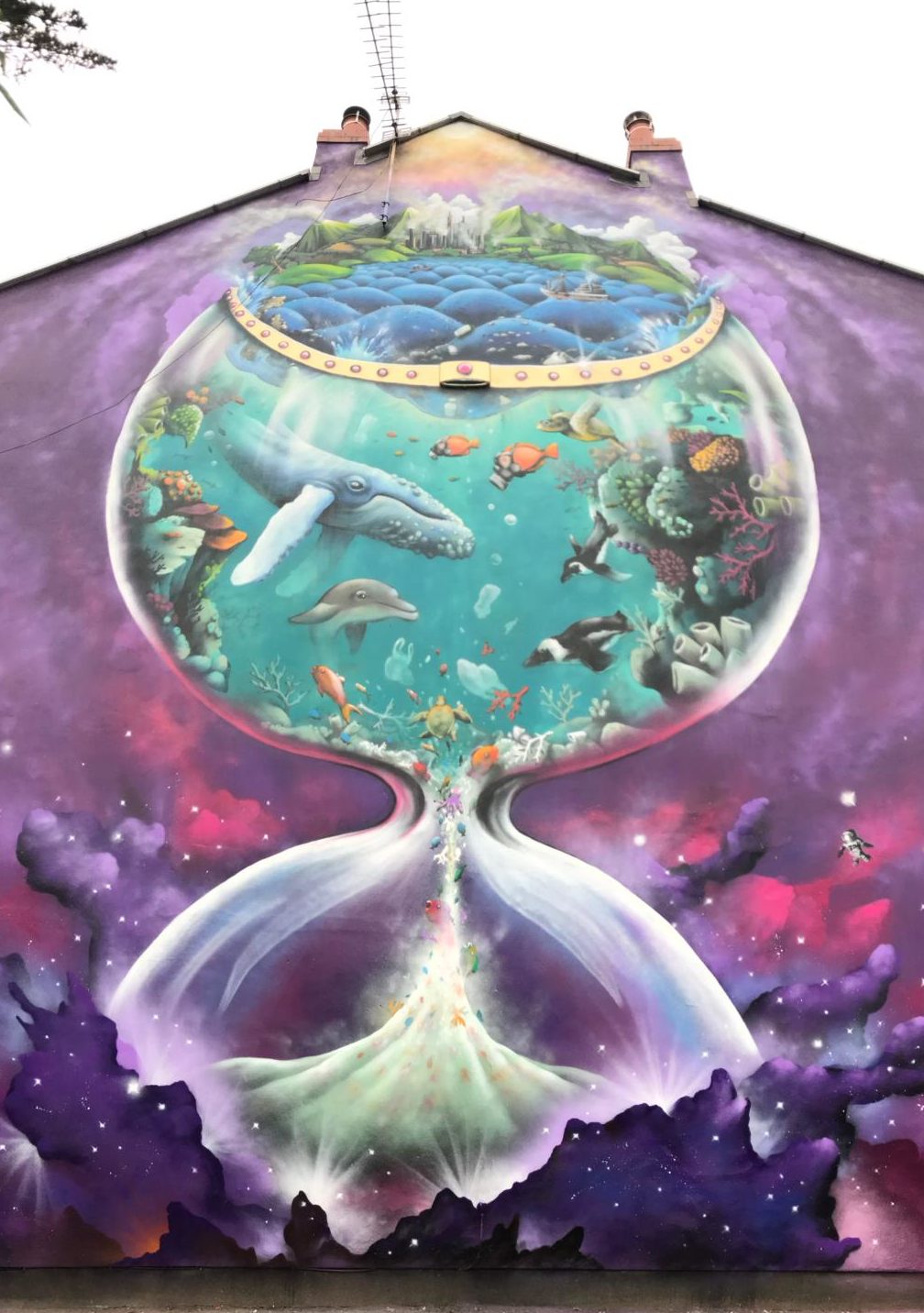 The mural is almost complete