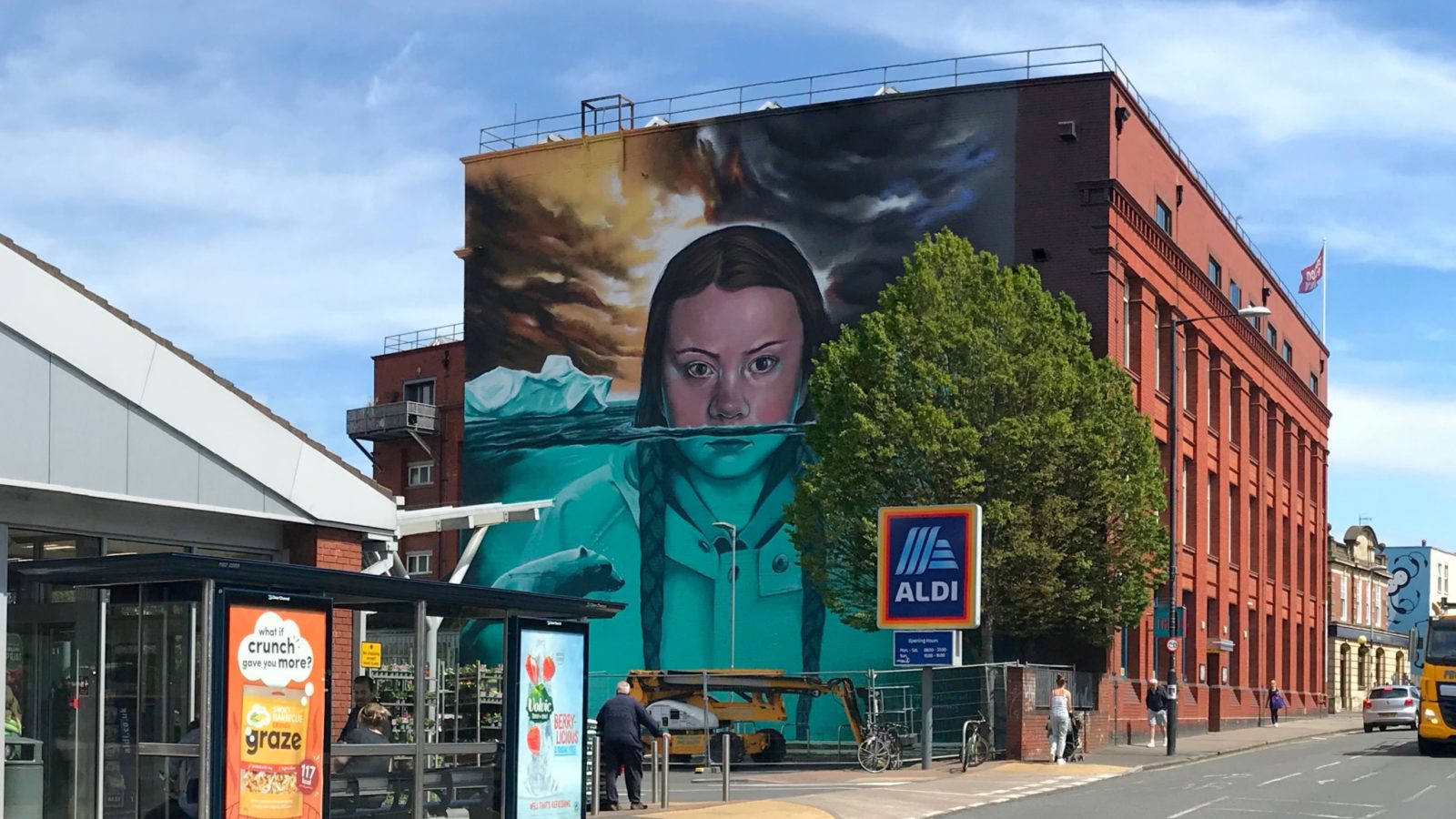 It took a Bristol artist more than a fortnight to create a new mural which starkly confronts the issue of climate change.

Teenage activist Greta Thunberg is the subject of the piece by Jody on one wall of the Tobacco Factory on North Street, with her head partly submerged in icy water.

The mural is the latest to be unveiled as part of Upfest Summer Editions, as the annual festival takes a year off but still commissions pieces across Bedminster and Southville.

“She’s very much in the limelight, very current, very contemporary and she’s obviously clearly leading a very, very important issue which affects all of us on the planet,” Jody told the Huffington Post.

“She has a very fearless style, tells it exactly how it is and lets everyone have it with both barrels.”

The 16-year-old Swedish environmentalist’s lone protests outside Sweden’s parliament kickstarted a wave of school strikes across the world.

Jody tried to minimise his use of conventional aerosol paint, with around 70 per cent of the wall painted with water-based paint with an electric spray gun powered by the Tobacco Factory’s solar panels.

Upfest founder Steve Hayles said: “Pictures say a thousand words, but in this instance the words of Greta Thunberg paint a thousand pictures.”