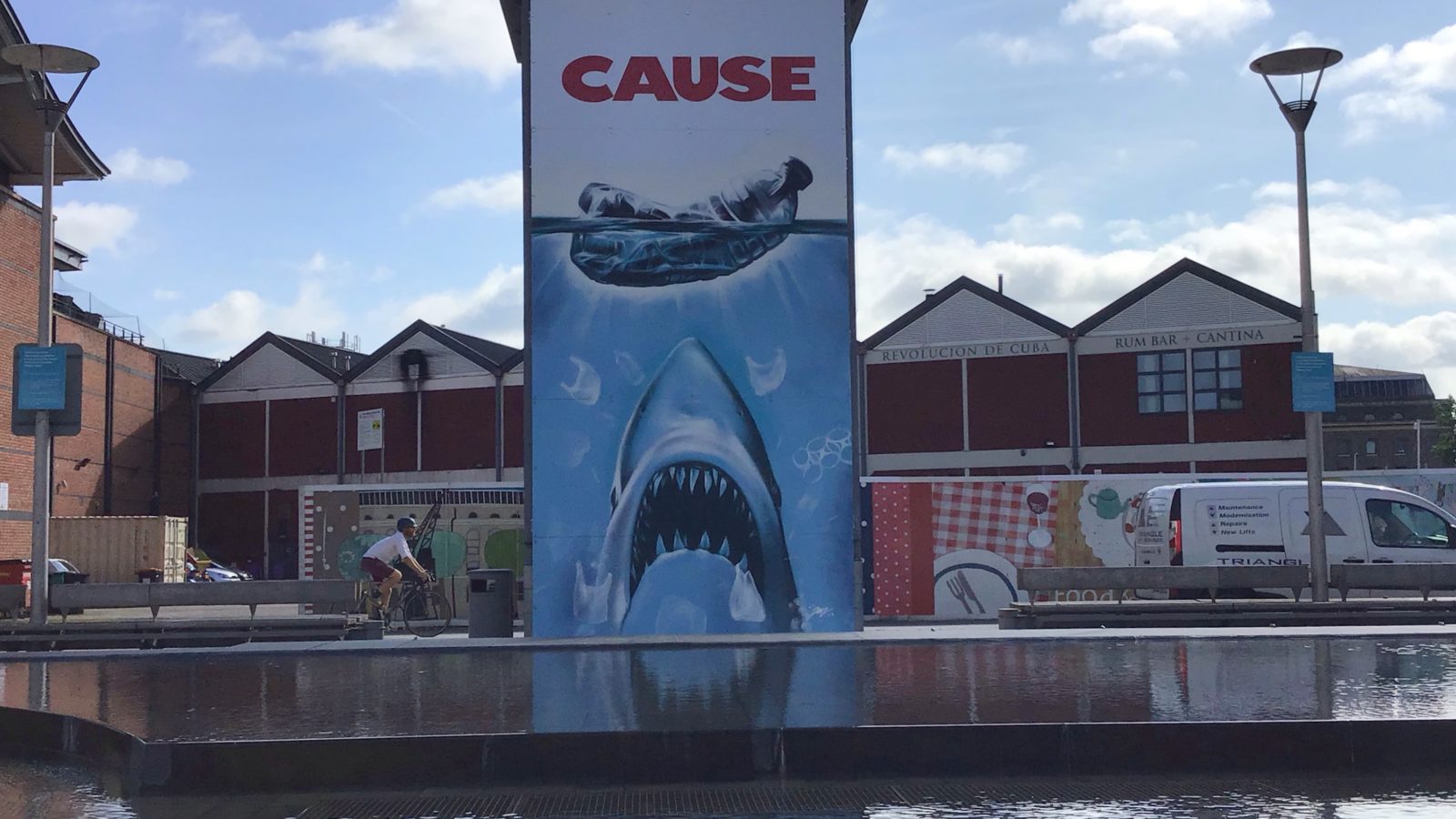 Jody Thomas describes it as “the difficult second album”. How can he top his most recent piece of Greta Thunberg on the side of the Tobacco Factory which gained global attention?

The Bristol artist’s answer has been to recycle some of the original themes that were due to be used within the Greta mural for his latest artwork on Millennium Square.

Taking inspiration from the famous poster for Jaws, the new piece substitutes a plastic bottle for the swimmer and features the shark’s teeth surrounded by floating bits of plastic.

In the first designs for the Greta piece, these bags and bottles were due to be surrounding the young climate campaigner’s head beneath the surface of the water.

“This is the difficult second album,” said Jody on Wednesday evening, while taking a short break from adding some of the finishing touches to the piece.

The artist approached We The Curious with his idea, with the science centre – who recently became the first science centre in the world to declare a climate emergency – giving him space on side of one of the car park cooling towers that run along the Las Iguanas side of Millennium Square.

“I didn’t have any idea that it (the Tobacco Factory piece) would go global,” Jody said. “I have lived here in Bristol all my life and something that I’ve noticed is that it’s a very socially conscious city.”

He added: “It’s an immersive experience here too. I’m stood here getting wet from everyone playing in the water!” 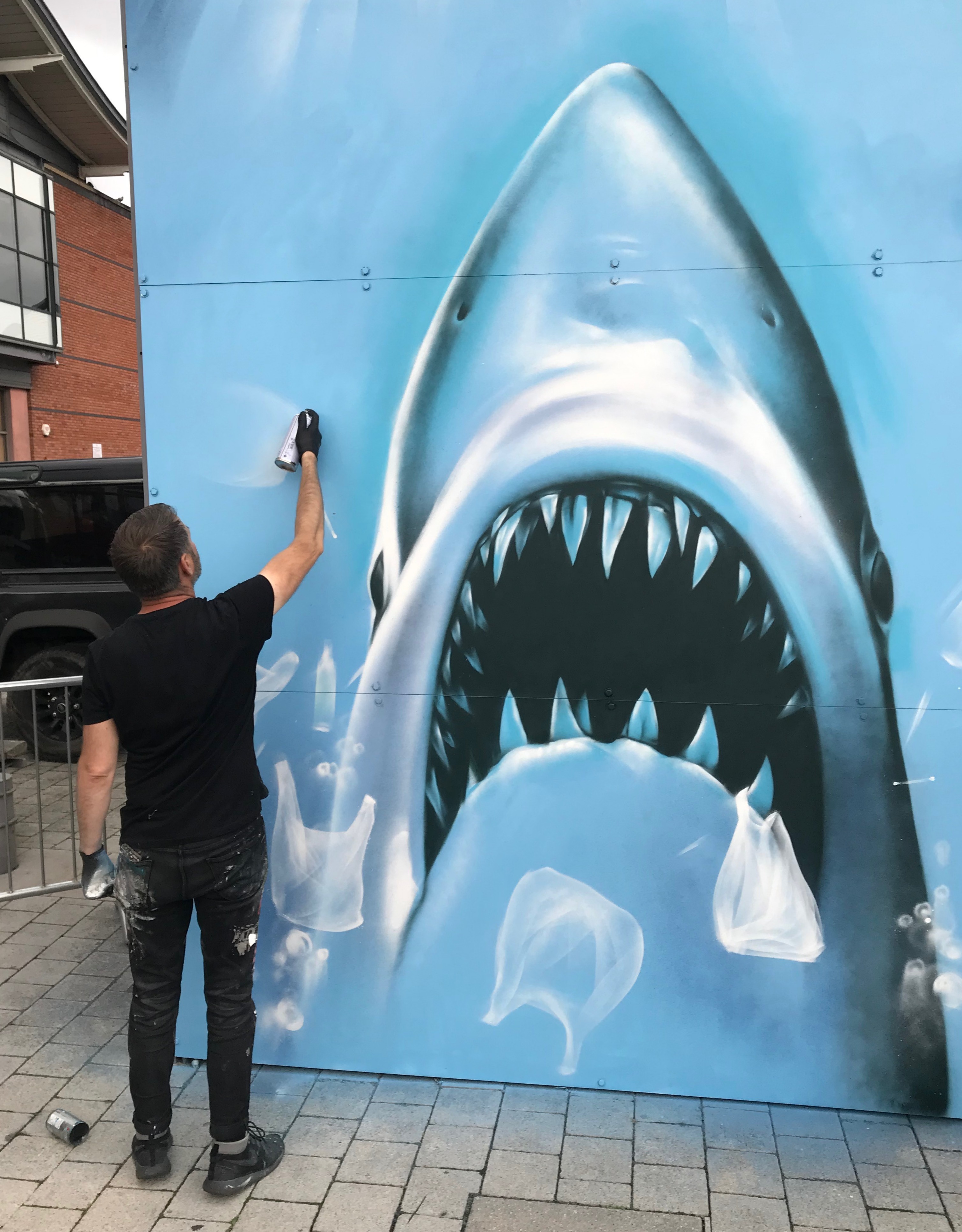