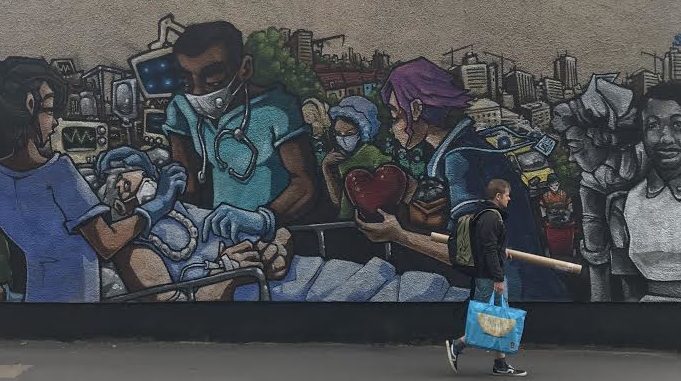 The mural, which was commissioned by a local community group, depicts a range of key workers, including doctors, a refuse collector and cleaners.

The new piece, which adorns a wall previously covered in graffiti tags, was paid for using money raised by the community, and is the latest work from the artist, whose recent pieces include a mural at the County Ground in Ashley Down and Gloucestershire Cricket Club.

“The NHS takes centre view but there are also representations of the cleaners, teachers and everyone else who is keeping the city going during this pandemic,” the artist says.

NHS workers take centre stage in the artwork, but the artist has included many key worker professions within the piece, which is located on the corner of James Street and Mogg Street.

Silent Hobo, who painted the piece over two days, says the mural “is a nice way of saying that their efforts have not and should not been taken for granted”.