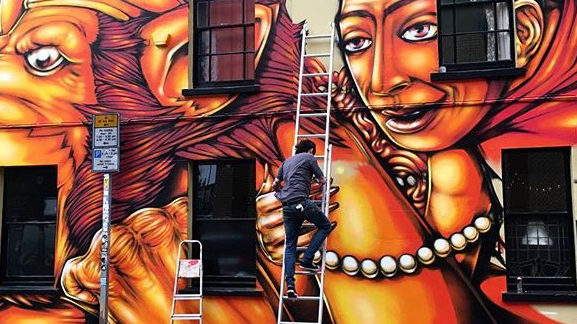 The work of Bristol-born artist Shaun Sepr can be seen throughout the city and far beyond.

Having exhibited his art throughout the world, Shaun is currently a tattoo artist at Holey Skin on Bath Road and is part of the ASK graffiti crew and Jacknife Prints collective, both of which are also based in Bristol.

“I work as a tattooist, paint murals on walls and produce illustration work and screen prints,” Shaun explains. “Me and my friends Mikey 3Dom and Stew Paton are now running the Holey Skin Tattoo Studio so that’s keeping us all pretty busy!”

A Conspiracy! is only designed by the artist, but printed by Shaun as well, and he explains that it started as a drawing, before morphing into a screen print. “It’s also going on a wall in Bristol soon,” he says. “So I just need someone to get it tattooed on them now!” 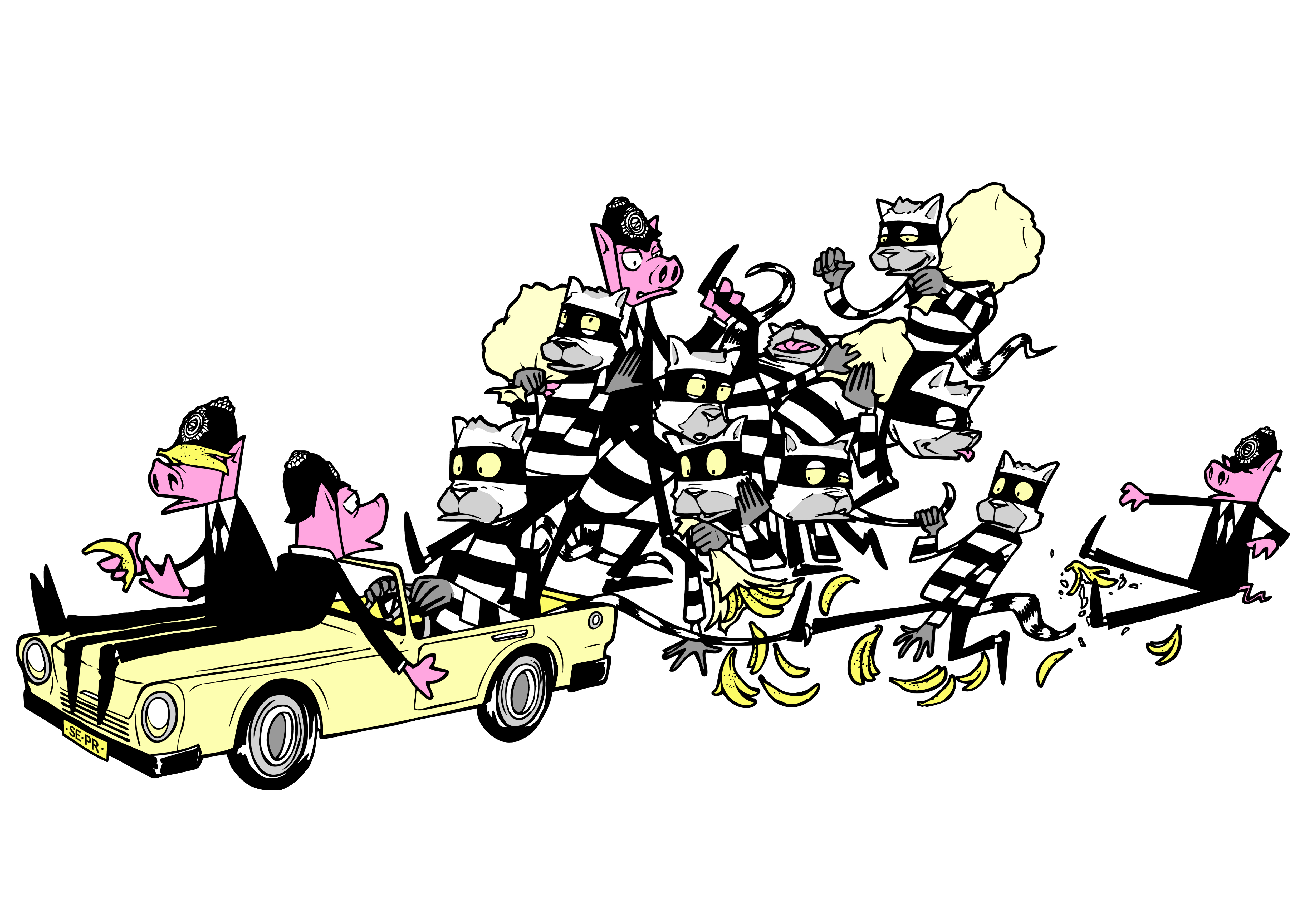 A Conspiracy! is this month’s exclusive print

Having grown up in Filton and now working in Totterdown, Shaun hopes to organise some exhibitions “closer to home” after a solo exhibition in Japan that’s planned for later in the year.

Talking about the influences on his work, Shaun says that he’s “been drawing and making artwork since a young age” and that art and making music have always been my main passions.

“I’ve just been on a mission to do and enjoy these things as much as possible for as long as I can remember,” he says.

Talking about career highlights, Shaun notes that travelling around the world has been the best thing his art has given him. “Travelling around Japan with Inkie, Gabba from Chaos UK and Mushroom of Massive Attack to paint and exhibit was a high point.

“I grew up being really inspired by the music and art going on around me in Bristol so being in such an awesome place with the people that made it was pretty special.”

A Conspiracy! is designed, printed and signed by the artist. Buy the limited edition A2 print at www.bristol247.com/shop