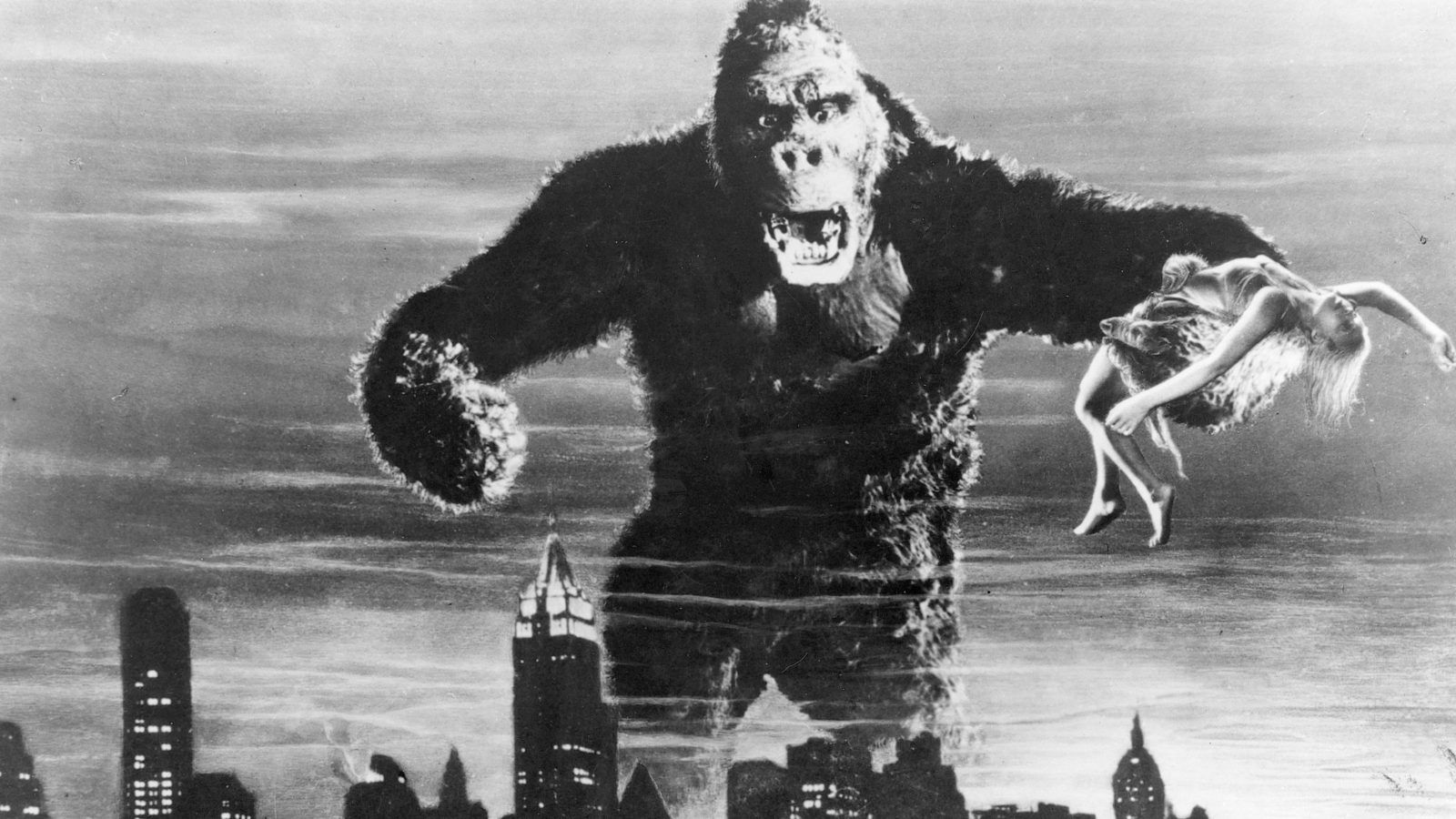 The 1933 Kong, which inspired everyone from FX titan Ray Harryhausen to Nick Park (check those climactic scenes of Curse of the Were-Rabbit). Fay Wray assumes screaming duties and Willis O’Brien’s stop-motion animation still looks terrific today. Interestingly, the film was made just one year before the infamous US Production Code came along to protect punters’ morality. A 1934 re-release was stripped of much of the violence and the scene where curious Kong peels off Ms. Wray’s clothes. Only in 1971 did the restored original version become available again.

It’s back on screen in the Watershed’s Prehistoric Family Adventures season.