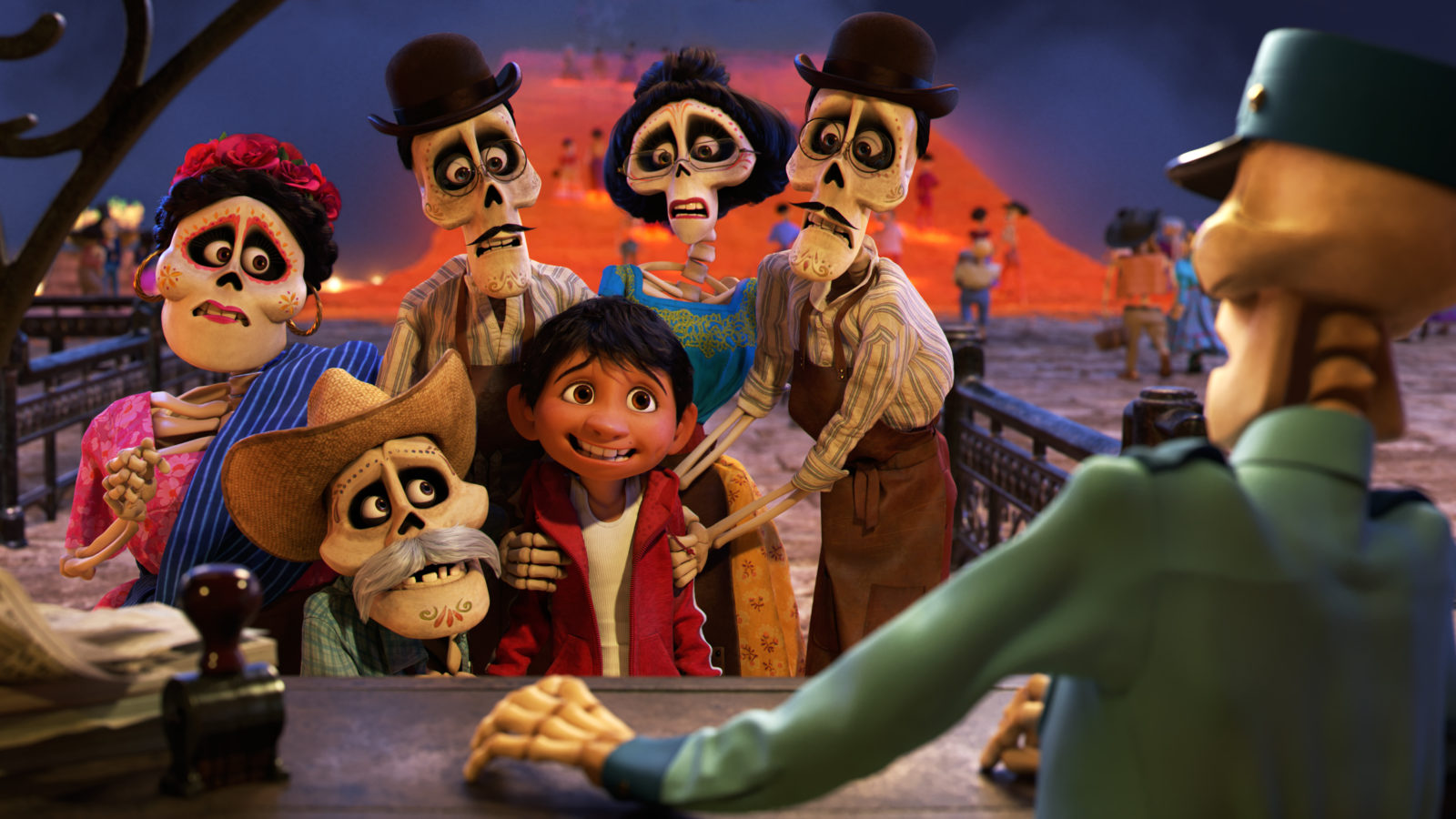 Pixar ventures into The Book of Life territory for its own, suitably respectful animated take on Mexico’s Dia de los Muertos celebrations. Toy Story 3 helmer Lee Unkrich directs this colourful yarn, which has also been praised for its visual invention, toe-tapping original choons and all-Latino voice cast. (Disney being determined to avoid those cultural sensitivity ishoos that plagued Moana).

It’s the tale of Miguel (Anthony Gonzalez), the 12-year-old son of Mexican shoemakers who refuse to let him play music. But the lad is eager to follow in the footsteps of Ernesto de la Cruz (Benjamin Bratt) – aka the Mexican Elvis – and plot machinations lead to him tumbling into the underworld with his comedy dog (named Dante, obviously) in search of his deceased hero. As with most of the best Pixar animations, this benefits from some genuine emotional heft and delivers a big “There’s something in my eye!” ending. Go here for our full review.