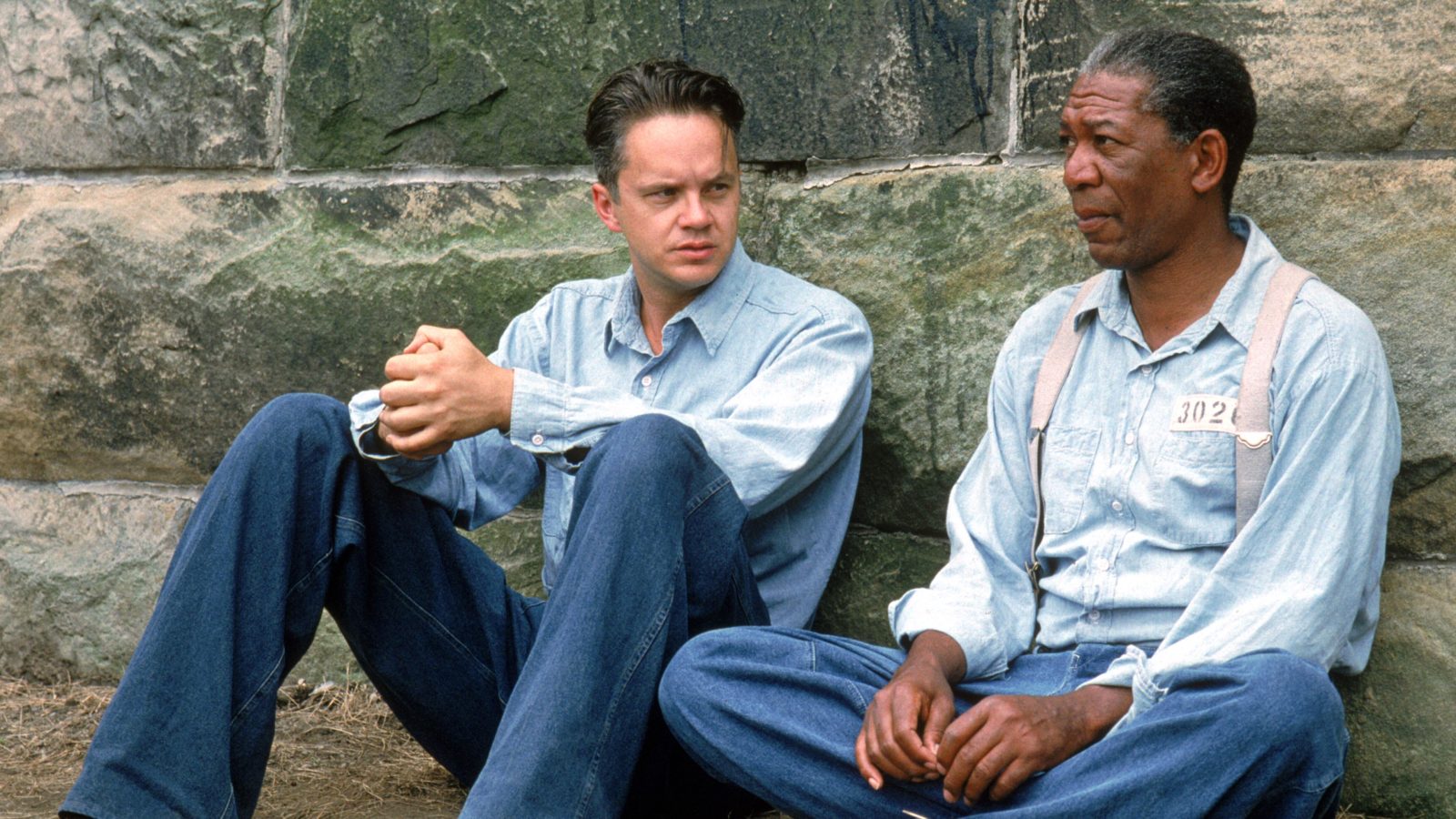 In the hands of Frank Darabont, a very short story by Stephen King becomes a very long film, which is little more than an expertly packaged, supremely well acted collection of old prison movie cliches. In 1946, mild-mannered banker and convicted murderer Andy Dufresne (Tim Robbins) is packed off to grim Shawshank State Prison, where he continues to protest his innocence. Over the years, he forms a friendship with grizzled old lag Red (Morgan Freeman) until Bible-bashing warden Norton (Bob Gunton) exploits his financial acumen for a scam, setting the stage for an audience-pleasing come-uppance.

The brutal sodomy, the institutionalised old geezer with the pet bird, the friendships forged across barriers of race, class and criminality . . . you could tick them all off a slammer flick checklist if you were so minded. But where this scores is in its convincing depiction of strength in adversity, with the ever-reliable Freeman especially outstanding as the Ronnie Barker figure to Robbins’ Richard Beckinsale. Alas, just when you think it’s going to end there’s an audacious, scarcely believable plot twist, after which the film negotiates a further superfluous 15 minutes of narrative in pursuit of a ghastly feelgood ending.