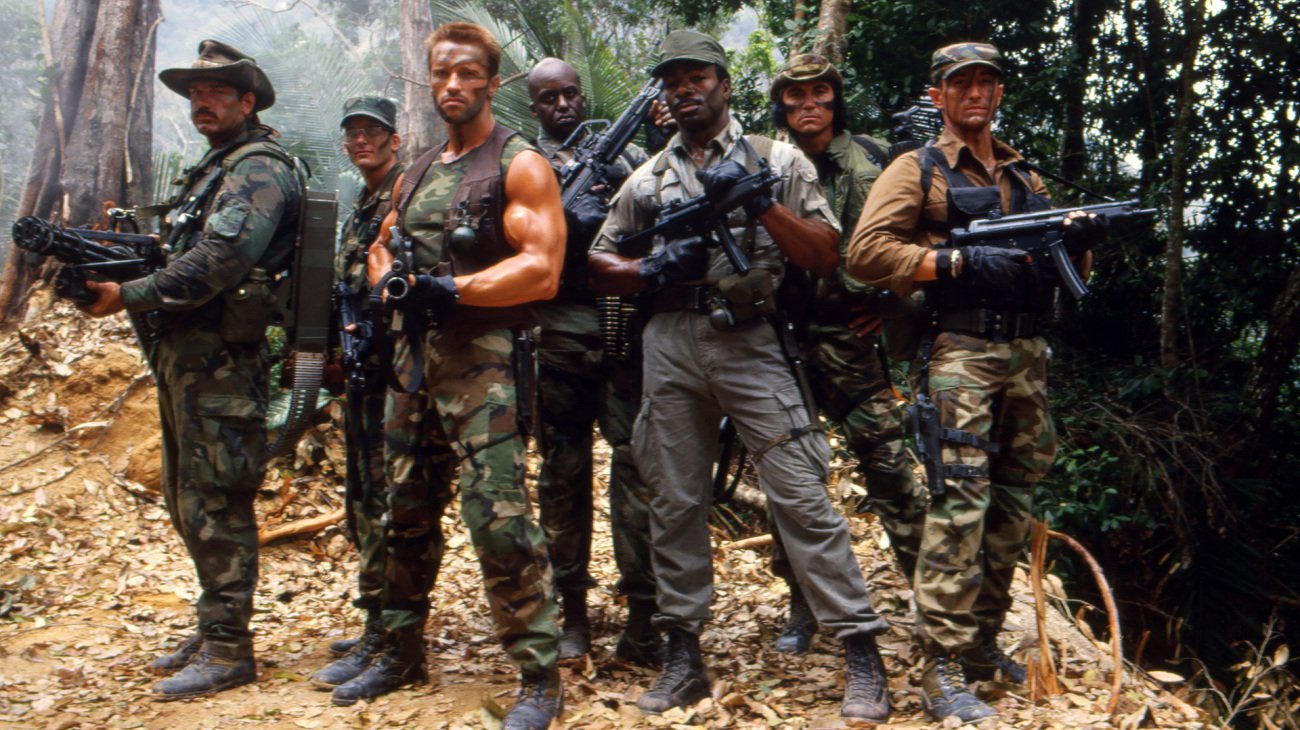 Mercenary Arnie Schwarzenegger and his gang of grizzled troubleshooters are dropped into a Central American jungle to finish off some guerillas. But they find themselves being picked off one-by-one by a semi-invisible alien big game hunter. With one foot in Rambo and the other in Alien, this is a formulaic action flick, albeit one whose slaughter is skilfully staged by director John McTiernan.

When the monster becomes visible and takes off its mask, it’s quite an FX treat by 1987 standards, but doesn’t actually get to do much except roar and kill and enjoy a climactic battle with mud-covered Arnie. Nonetheless, this proved such a box office hit that those increasingly dull sequels just kept on coming.