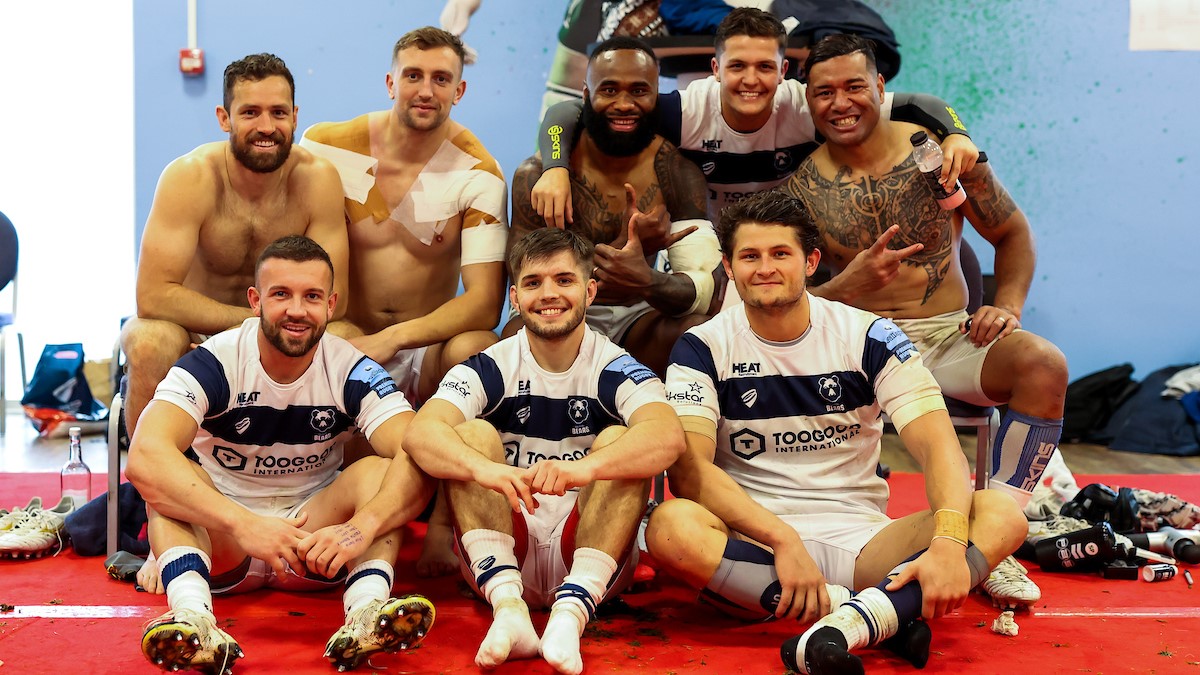 What a few weeks it’s been for Bristol Bears fans. First our Challenge Cup exploits with wins over the Dragons and Bordeaux to set up the club’s first European Final against Toulon.

Then last week saw the final two league fixtures with bonus-point wins against Leicester and London Irish to claim a semi-final spot in the Gallagher Premiership.

Sometimes I have to pinch myself to make sure this is not a dream. Just three years ago, Pat Lam had taken charge of his fifth league game for Bristol. A hard-fought encounter against Ealing Trailfinders at Ashton Gate that required a 76th minute try to overcome the plucky visitors.

Back then, I wager most Bristol fans would have thought you’d had a cider or two, too many if you were telling them we’d be on the cusp of two major finals after just a couple of seasons back in the top flight.

If you’d also mentioned we’d be called the Bears and dropped our famous blue and white hoops, you would have heard the laughter ripple right across the city.

But here we are, the fairy tale has come true. Or perhaps it’s a Beary tale! And my goodness it feels great.

What doesn’t feel so good is the muddled end to the season due to the positive Covid-19 tests at Sale. This threw the season finale into the type of pantomime we are more used to seeing at the Hippodrome.

It beggars belief that with 27 positive tests, including 22 players, that Sale even tried to put on its final game. The match should have been forfeited at the weekend to underline that player safety, in the light of this terrible virus, must always come first.

If Premiership Rugby (PRL) is the villain of this particular pantomime due to its initial silence and then the mumbling excuses to give Sale the opportunity to postpone and attempt to play; it’s our friends down the A4 who have turned out to be in the Cinderella role.

Will Bath go to the semi-final ball on Saturday or not? Thankfully, common sense prevailed, and they will get their big day. However, it will need more than a little magic to beat Exeter at Sandy Park.

💙 Excited by the challenge
🥊 Knockout rugby
💪 Hard work @ChrisVui_ on preparation, ambition and rising to the challenge against @WaspsRugby 🐝🐻

We now know we face a trip to Coventry to take on Wasps on Saturday afternoon.

Let’s hope that, come the weekend, ‘Salegate’ will be put to one side and we can sit back and concentrate on what could be the biggest fortnight in Bristol’s history – chasing domestic and European trophies.

As one of my good friends used to say to me in the Sports Bar at the Gate: “Why settle for a single, when there’s a double on offer.” I’ll raise a glass to that.

Tony Cox is the co-host of Bears Beyond The Gate, a weekly Bristol Bears rugby podcast with new episodes every Monday. The latest edition of Bears Beyond the Gate is available at bearsbeyondthegate.buzzsprout.com

Read more: ‘Bristol Bears play a style of rugby that gets fans smiling from ear to ear’