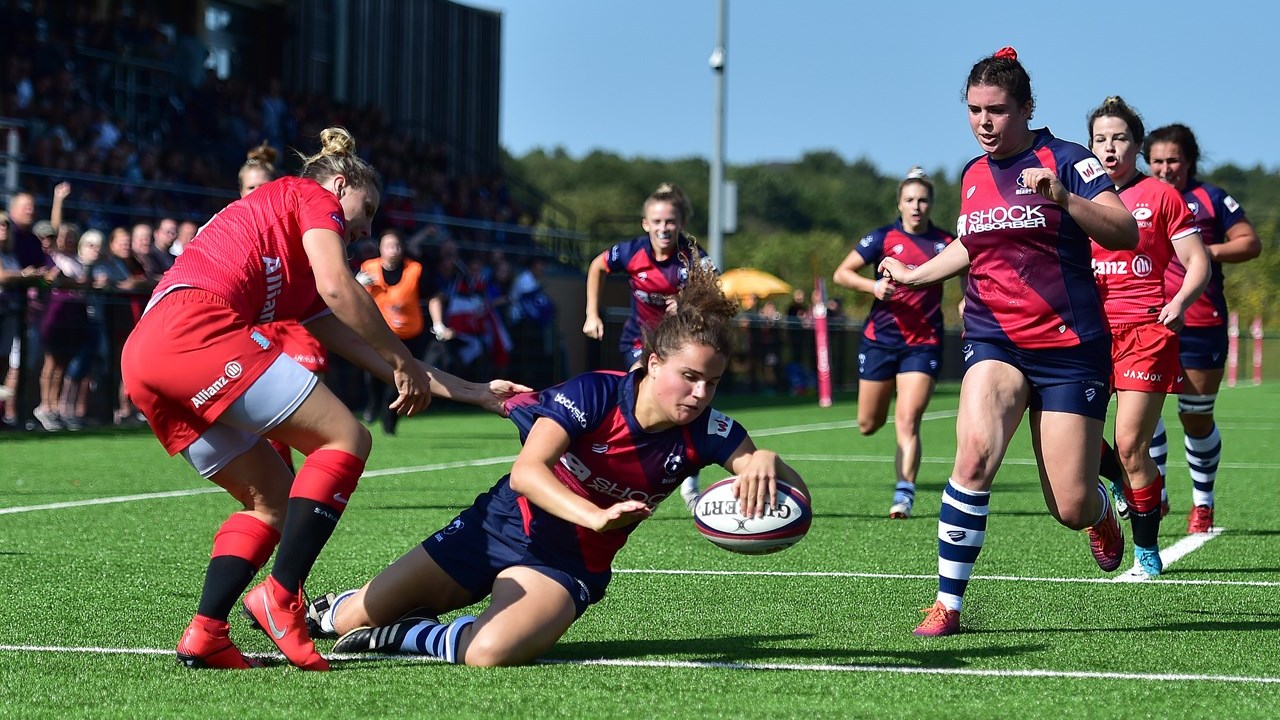 Clara Nielson scored with the final play to earn Bristol Bears Women a consolation bonus-point in a 22-35 defeat to reigning champions Saracens at Shaftesbury Park.

The co-captain powered over from a driving lineout to score her side’s fourth try, after Keira Bevan’s second of the afternoon saw the Bears rally late on.

Lucy Attwood’s early score and Bevan’s first of the match had fired Bristol into a 10-3 lead midway through the first-half.

But after a yellow card for Sonia Green, Saracens hit back with a decisive 15-minute blitz, as tries from Marlie Packer and Lottie Clapp turned the game on its head at the interval.

And the visitors put the game to bed in the second half, with tries from Jodie Rettie, Chantelle Miell and Rocky Clark, after Bristol’s Siwan Lillicrap was sent to the sin-bin for a high tackle.

The hosts weren’t finished though and launched a stirring fightback in the closing stages, with Nielson’s try just reward for a spirited display from Kim Oliver’s side.