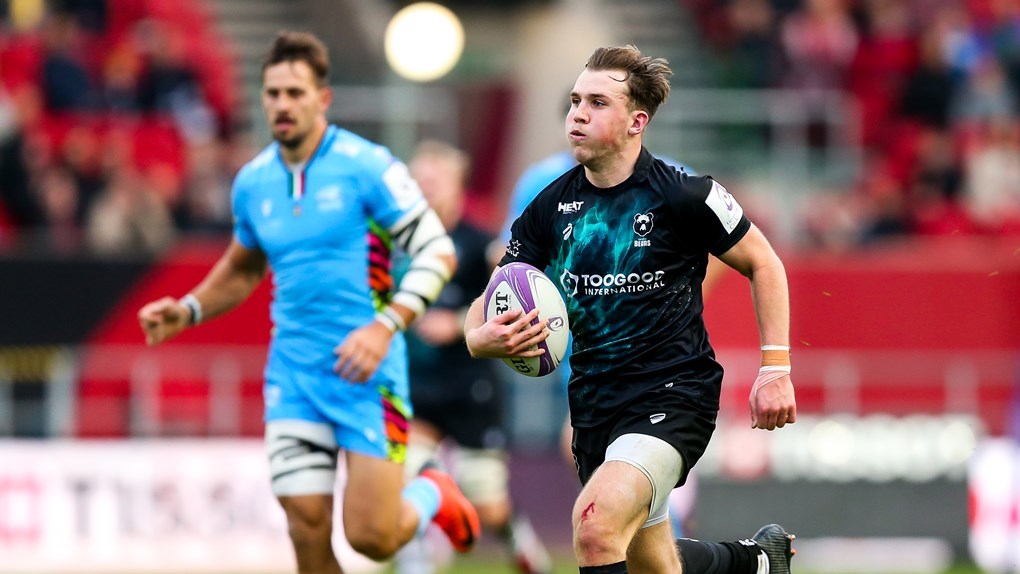 Ioan Lloyd steered the ship with a 22-point haul as Bristol Bears kicked off their European Challenge Cup campaign with an eight-try thrashing of Zebre.

The 18-year-old former Clifton College student, making his first competitive start for the club, added seven conversions and a penalty to a sensational first half try in a flawless kicking display from the fly half, as Pat Lam’s men made it five wins from five at home this season.

Will Capon and Toby Fricker struck in the space of three minutes to cancel out Mattia Bellini’s seventh-minute score for the Italian side, before Piers O’Conor, Lloyd and Dan Thomas ensured the bonus point was wrapped up inside 26 minutes.

Bristol were forced to play 20 minutes with just 14 men after yellow cards to Ed Holmes and James Dun, and Zebre hit back through Apisai Tauyavuca and a penalty try.

But Yann Thomas, Charlie Powell and Andy Uren took the hosts past the 50-point mark late on, to seal an emphatic win in front of nearly 11,000 supporters at Ashton Gate.

Bears director of rugby Lam was pleased with the bonus point win but also said that the team “did a lot of things that weren’t right”.

He said: “I always talk about celebrating the work we do. And the reflection of our up and down performance through that.”

The Bears are still unbeaten at Ashton Gate this season, Lam adding: “It’s something we’re really proud of. We’re proud we’ve got the best stadium. We’re proud of our fans…

“There are some good things they would have enjoyed today, they will know that we’re not at our best as well but it’s great to win here.”