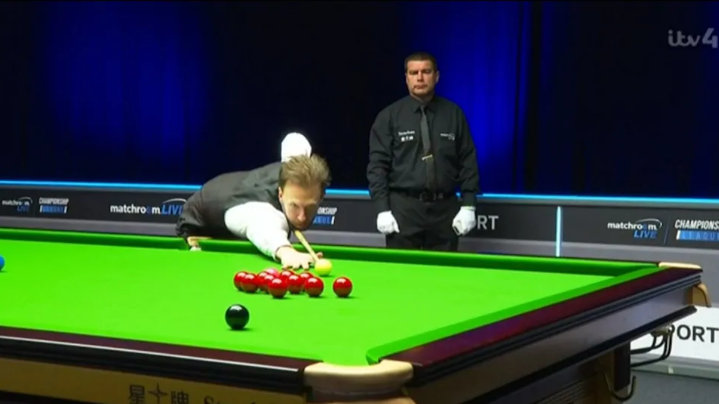 Judd Trump is currently taking part in the first sports event in the UK to be shown on free-to-air television since the easing of lockdown restrictions.

The Bristol-born world snooker champion is one of eight players taking part in the Championship League, with an on-site hotel at the Marshall Arena in Milton Keynes allowing players to isolate before play.

The event is being broadcast on ITV4, with presenter Jill Douglas and the pundits working from home – and all players and staff having to test negative for Covid-19 before the tournament could get underway.

Trump and his fellow professionals are adapting to a rejigged calendar with the season usually ending in May at the conclusion of the World Championship, which is now set to start on July 31.

The world number one had won the Gibraltar Open, the last action before snooker was halted in March.

💥 We'll never get tired of Trump potting reds like this!#ChampionshipLeague

Trump told BBC Sport: “In an ideal scenario, I would be on holiday somewhere now with another world crown. But for me, the last month was starting to get quite difficult, being stuck inside all the time.

“Nothing is ideal and it is changing week on week – but just to be able to get to some kind of normality in playing snooker again is a nice relief.

“When you are playing out there, it takes your mind of things for a couple of hours and you can forget about anything else that is going on.”

Trump won all three of his matches on Monday, finishing top of his group. His next set of three matches is due to take place on Wednesday, June 10; with the tournament finals the following day.