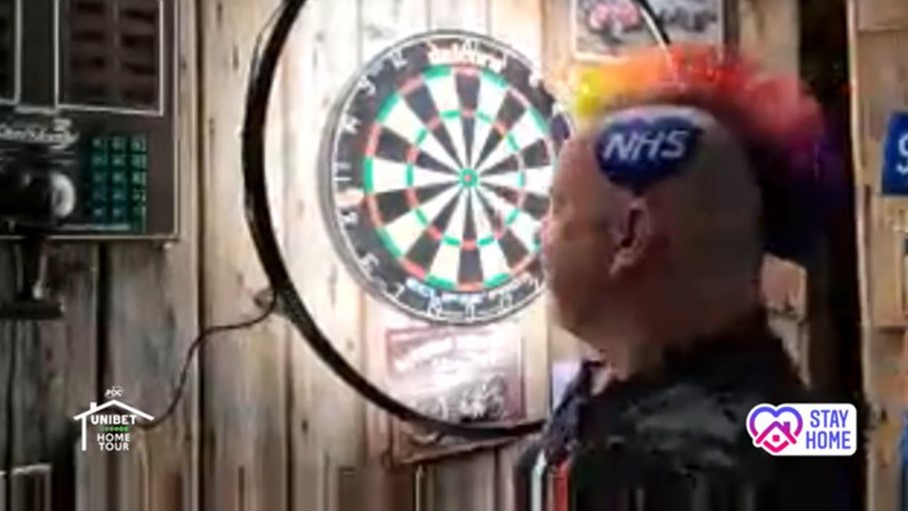 Among the cancellation of live sport events throughout the world, a team in Bristol is ensuring that one sport can continue.

Darts is in an almost unique position as it does not require players to be in the same room as each other.

Loop Productions, who are based in the Bottle Yard Studios in Hengrove, specialise in live streaming and production.

During the current lockdown, they are now at the forefront of virtual sport broadcasting, devising a new streaming solution to enable the Professional Darts Corporation’s (PDC) new Home Tour tournament.

The competition is the first of its kind to bring live professional sport back into people’s homes during lockdown, with four players in action every night.

The nightly league format sees four competitors play each other once in matches over the best of nine legs, with a winner crowned each night.

Loop’s production engineer, Adam Young, said: “It’s been a busy couple of weeks, which nobody would have predicted at the start of this crisis, but we’ve been working hard to fill the vacuum where normally we’d be producing a lot of sports content at this time of year.”

Players need to point their cameras at the darts board in their home and connect to a video conferencing call.

The live coverage from each players’ camera is mixed with on-screen graphics and commentary by the live directors in Bristol, both based in their own homes.

So far, coverage has been delivered to broadcasters internationally, as well as bookmaker websites around the world.

Loop is already receiving interest from other potential clients to produce coverage of new competitions.

Read more: Playing badminton over the fence with neighbours