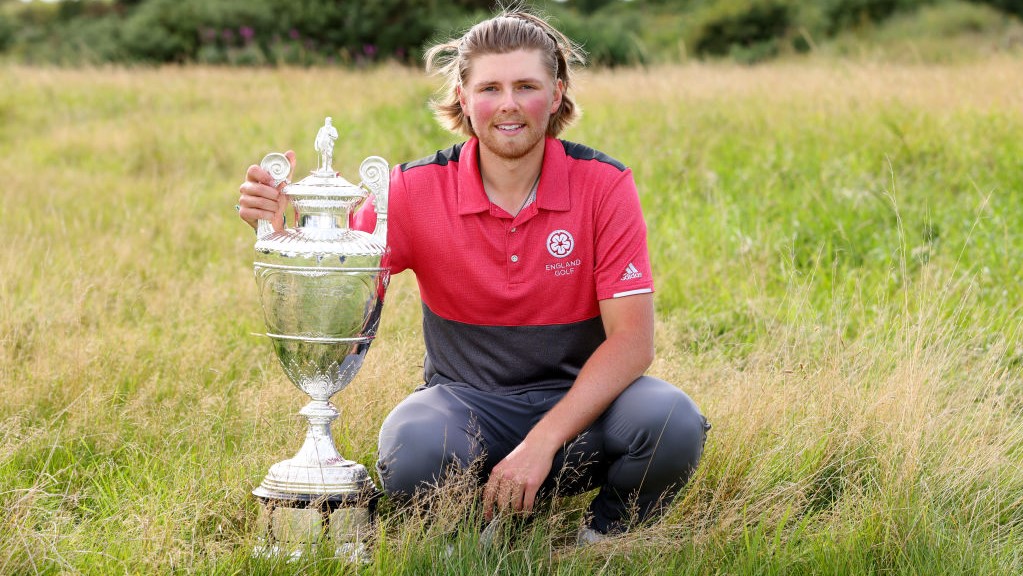 Two friends from Bristol competed in the final of the 125th Amateur Championship at Royal Birkdale.

Joe Long showed composure over the renowned links in Southport to defeat Joe Harvey in the 36-hole final of the historic competition.

Long’s victory means that he will gain exemptions into next year’s The Open at Royal St George’s, and by tradition an invitation to play in the Masters Tournament and an exemption into the US Open.

“I was feeling nervous, we both were,” said 23-year-old Long, who is a member of Lansdown Golf Club in Bath.

“My game plan was just to try and stick in the present as much as I could, forget about all the rewards and benefits that come with winning.”

“It’s really good and hard at the same time because we both wanted to do well. He (Harvey) is a really good mate and when I win it is hard to see him lose,” told The R&A website.

“But it is all part of the sport we play and the match was played in great spirit, we enjoyed it out there.”

Long recorded a 4&3 victory, to become the first Englishman since Harry Ellis in 2017 to win The Amateur Championship.

Ranked 103rd on the World Amateur Golf Ranking, Long was never behind against Harvey as he came out on top of the 120-player international field who assembled at Royal Birkdale for the club’s fourth staging of the championship.

Harvey, 23, a member of The Kendleshire club in Coalpit Heath, said that he was “really chuffed with the way I have played all week”.

“I was so happy for Joe when he holed that putt but as a golfer, I was gutted that my chance to win had come to an end.”

When you keep knocking on that door and that door finally opens what a feeling 🏆 Many thanks to @therandagolf and Royal Birkdale golf club for hosting such an amazing event in these current circumstances. Thank you to @england.golf and all the people that made this possible. And finally, thank you to all my Family and Friends for the support, it’s been so surreal. The journey continues 📈