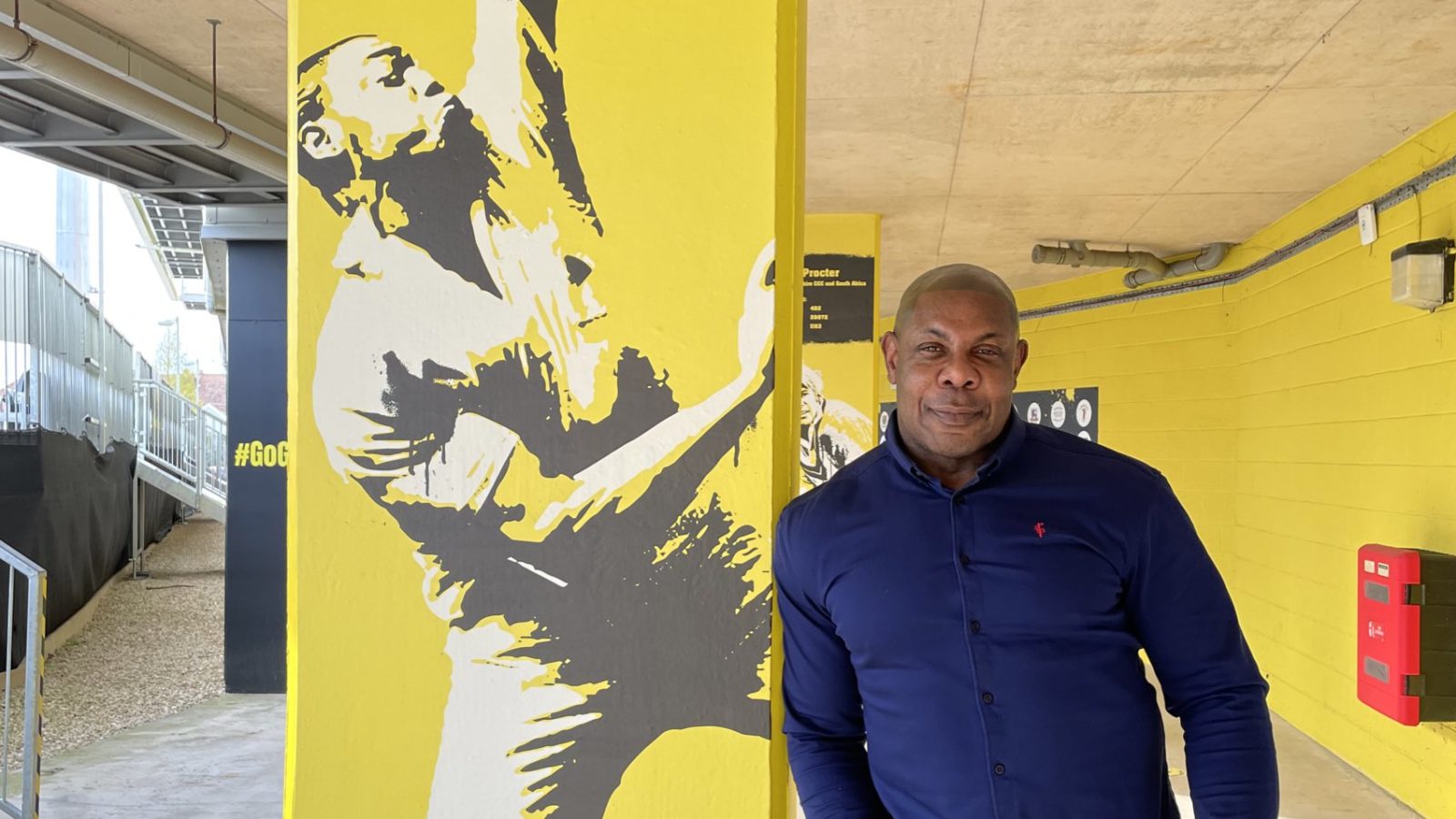 David ‘Syd’ Lawrence has been unveiled as the new president of Gloucestershire – becoming one of the first black presidents of any county cricket club.

Welcoming the former pace bowler to the role on Thursday, April 14, Lawrence has big plans for Gloucestershire CCC – including opening the game up to people of colour and children of all backgrounds.

Lawrence’s history-defining appointment, which replaced Roger Gibbons on a two-year term, comes in the wake of disturbing revelations in the sport.

Last year, in Sky’s You Guys are History, the 58-year-old recounted receiving racial abuse from a Gloucestershire team-mate. The documentary saw a player leave a banana skin outside Lawrence’s door at his first away match and suffer racial abuse from crowds. Lawrence later received an apology from the club.

After his experiences as a player, Lawrence is raring to go to build a more inclusive future at the club based in Ashley Down.

“The game itself has gone through a massive upheaval and I think it’s time for a bit of diversity. On the wall of presidents in the club, I’m going to be the first one of colour – and that means a lot to me”, said Lawrence, speaking at the club’s AGM last week where his appointment was announced.

He added: “I’m not here just as a token gesture, and what I mean by that is a lot has happened in cricket over the last six months, and we know we need to do more within the game. I’m happy to be making sure we are going in the right direction.”

David ‘Syd’ Lawrence is the latest ex-player to be added to our Legends Walkway at the Seat Unique Stadium!

Recent events have meant cricket has become mired in allegations of racism. But Lawrence, not the average cricket president, is part of something of reckoning in the sport.

After attending a state school that did not offer cricket in Tredworth, he made his debut for Gloucestershire at 17 and went on to take 625 wickets at the Shire as a fast bowler. When his cricketing career was cut short by a knee injury, Lawrence bought a nightclub (Dojo) and became a bodybuilder.

Lawrence said: “I don’t want to be just sitting in the president’s box drinking gin and tonics and putting a blazer on. That just isn’t me. I want to be a voice for those kids in the inner city – we want to give them more opportunity because there’s a pool of talent out there.”

As president, Lawrence will be involved in community programmes and mentoring the club’s academy teams – strengthening Gloucestershire’s ties with the city they play in.

He hopes that his return to cricket might contribute to the reinvention of the sport.

Lawrence said: “I love the game, it’s still in my blood and it’s always in my blood and I’m proud to do the job, I hope I can achieve something and leave some form of mark.”