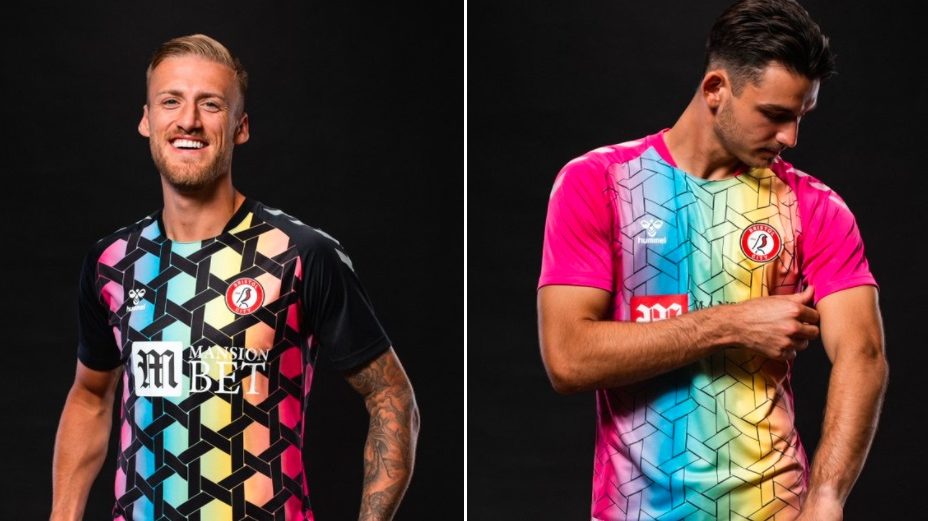 Bristol City’s new goalkeeper kits have been described as “iconic, vibrant and unique” by the club.

The 90s retro jerseys by Hummel have provoked a reaction far beyond the confides of Ashton Gate, with football Twitter ablaze after their official launch.

“It is absolutely EXCEPTIONAL,” “Dope” and “If the strikers can’t see they can’t score. Big brain energy,” were some of the positive comments.

But it wasn’t all good. “For that kit alone they should be put in to administration,” tweeted one football fan.

The jerseys are not quite unique, either, with German manufacturer Hummel producing an almost identical kit for Peter Schmeichel in the Denmark goal for Euro 92.

Watford and Burnley have also both had similar kits in the past, with the Hornets’ top made by Hummel and the Clarets by Mitre.

Watford and Burnley as well. It’s less Hummel bringing back an iconic kit and more them recycling the same one over and over 🤦🏻‍♂️ pic.twitter.com/msTc7WBtYa

Bristol City, under newly appointed manager Dean Holden, learned their fixtures for the upcoming Championship season at 9am on Friday.

The Robins will kick-off their 2020/21 campaign at home to the current League One champions Coventry City on September 12 before travelling to Stoke City seven days later.