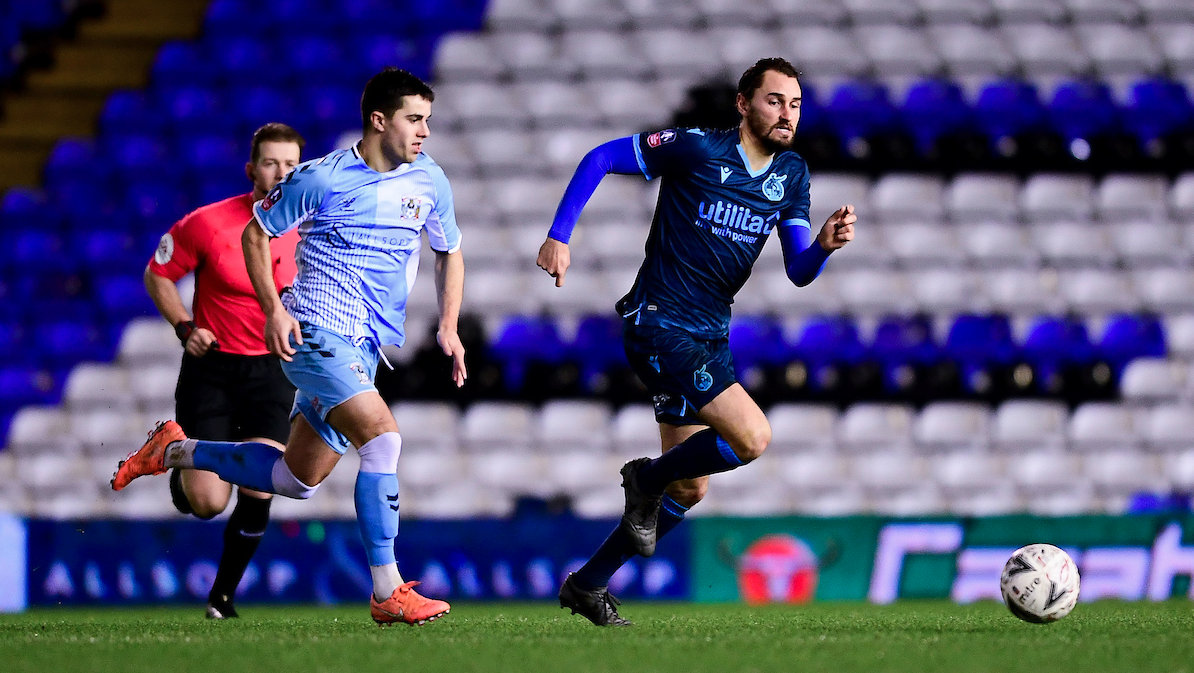 Bristol Rovers exited the FA Cup at the third round stage at St Andrew’s.

Biamou’s neat finish inside the opening five minutes game gave the home side an early advantage in the contest.

Rovers had chances of their own as the first-half played out, the clearest attempt coming midway through the opening 45 minutes, as Clarke-Harris clattered the crossbar with a powerful header.

In the second half, the Sky Blues grasped the all-important second goal through a powerful finish from Josh Pask, with Biamou grabbing a third goal from close-range just moments later to complete the scoring and to knock Rovers out of the competition.