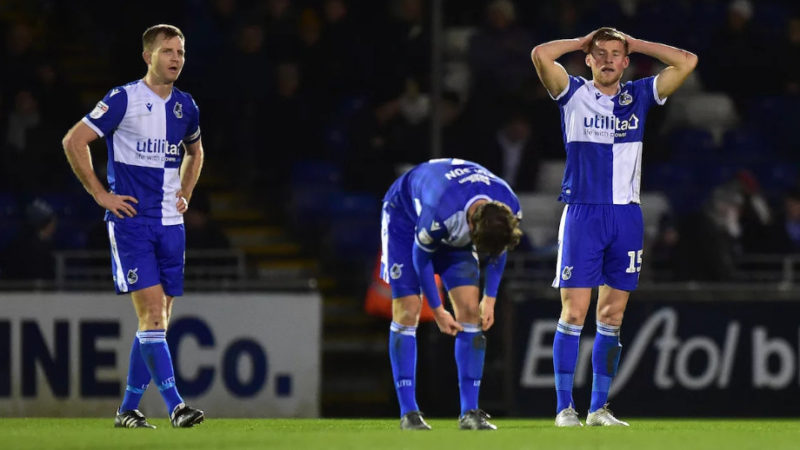 This was a game that boiled down to the final 15 minutes, a period where it looked like Bristol Rovers had a chance at stealing all three points but instead the game swung the opposite way.

With just over five minutes to go, Jonson Clarke-Harris had a glorious chance. Luke Leahy was found with time and space on the left, and once again he dinked a cross in towards his teammates. JCH dived for the ball but nodded his header just wide from close range.

In the dying embers of the match, it was Doncaster who struck the deathly blow, with their captain Ben Whiteman sharply turning to make the run of a well-weighted pass, and calmly slotting past Jordi van Stappershoef on the turn.

Late on, Ben Garner sent Jayden Mitchell-Lawson on in place of Leahy. However, this late roll of the dice wasn’t enough to salvage the game.

In fact, Doncaster compiled the misery, as Rakish Bingham broke into space in added time to bend home a second for a visitors.