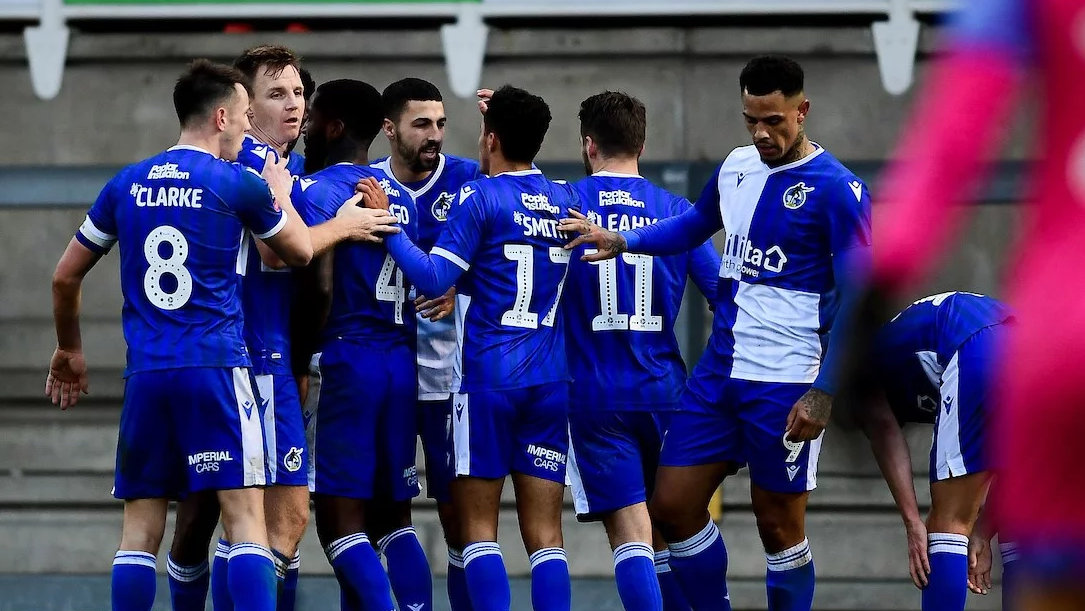 With one penalty scored, and one penalty saved, Bristol Rovers played out a 1-1 draw with Plymouth Argyle in the second round of the FA Cup.

Liam Sercombe prodded an effort home on the 70th minute to put the Gas ahead as Luke Leahy calmly squared it back to him from the by-line.

However, Argyle rebounded well, and after Abu Ogogo raced alongside Danny Mayor, who subsequently took a tumble, the referee pointed to the spot, allowing Antoni Sarcevic a chance to put Argyle back in the game. He took his chance, but this was not the end of the penalty dramatics.

In the 94th minute, Byron Moore went down under the challenge of Rollin Menayese, who received a red card and put the Gas’ place in the third round draw at risk.

Sarcevic attempted to play it calmly down the middle from the spot, but Rovers keeper and Finland international Anssi Jaakkola read well and saved with his legs, earning his team a replay.