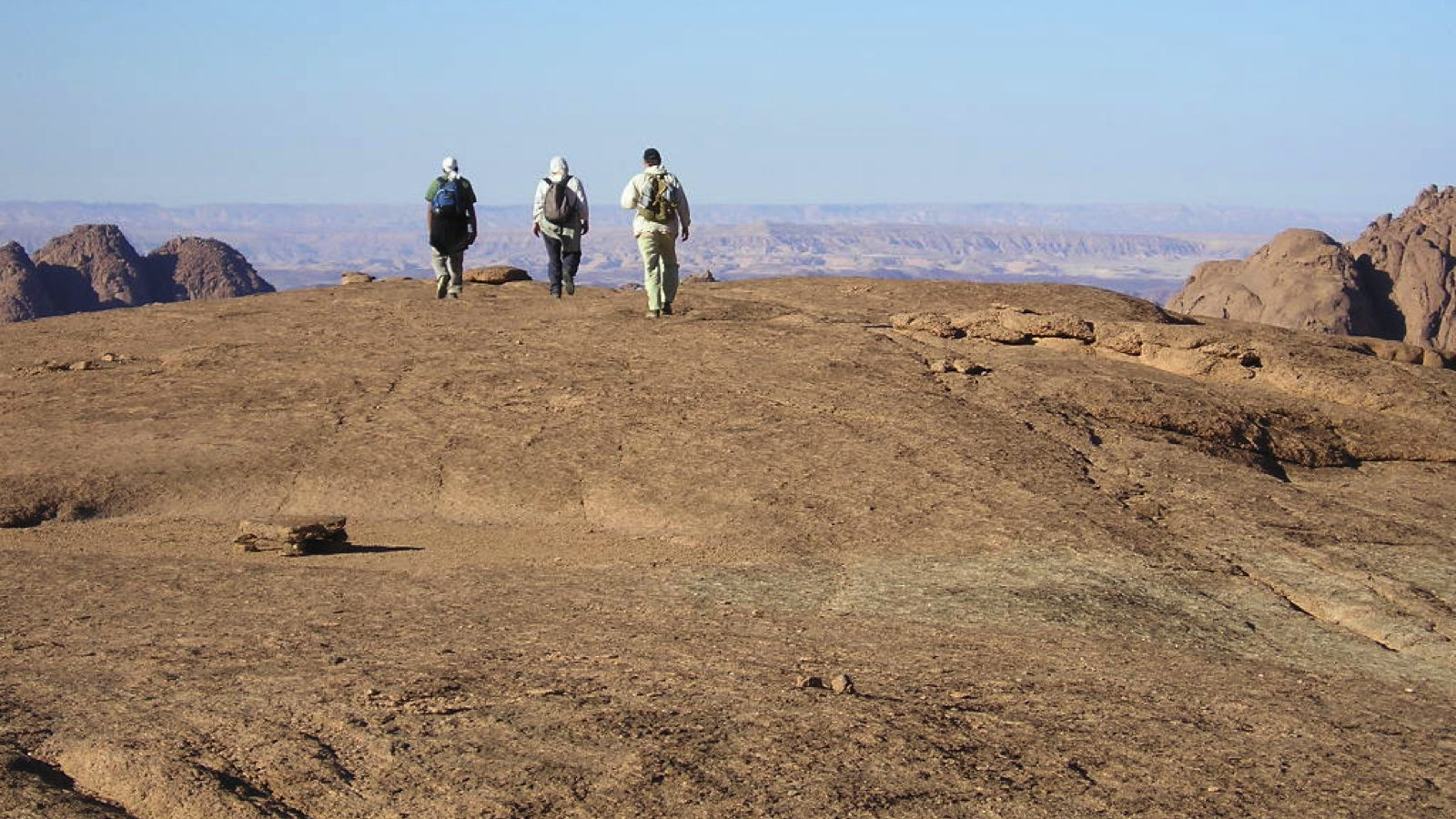 We are currently living in strange and unsettling times where it sometimes seems human culture is sleepwalking into a spiralling series of human and ecological disasters. Despite an endless succession of intellectual debates and technological fixes, the future does not look hopeful.  It is increasingly clear that contemporary western lifestyle not only has a negative impact on the ecosystems of the earth but also a detrimental effect on human health and psychological well-being.

This has led to a growing interest in a range of work described as Ecotherapy or Ecopsychology that applies ecological insights into the practice of psychotherapy. This shares a common goal of helping people achieve a greater sense of wellbeing by reconnecting with nature through walking, gardening, wild camping, swimming, and forest school and green care programs.  This approach is now being used in many contexts to support people to recover from stress or ongoing mental health issues.

I recognised a kind of madness at the core of the developed world that has split the growth of human cultural systems from the earth’s ecosystems on which they depend.

This resulted in writing my book, ‘Nature in Mind, Systemic Thinking and Imagination in Ecopsychology and Mental Health’, as a practical and philosophical handbook for everyone interested in how it’s possible to reconnect education, therapy and nature. It gives examples of practice and research into nature-based work including; wilderness experience, therapeutic work in woodlands, vision quest and examples of systemic thinking about nature.

It also includes some nature-based developmental mapping tools that can be used to think about human development in a different way.  Training as a Systemic Family Psychotherapist helped me find a common language to connect ecotherapy work, ecological ideas and psychotherapy to reveal a more complex story of child and adolescent development. 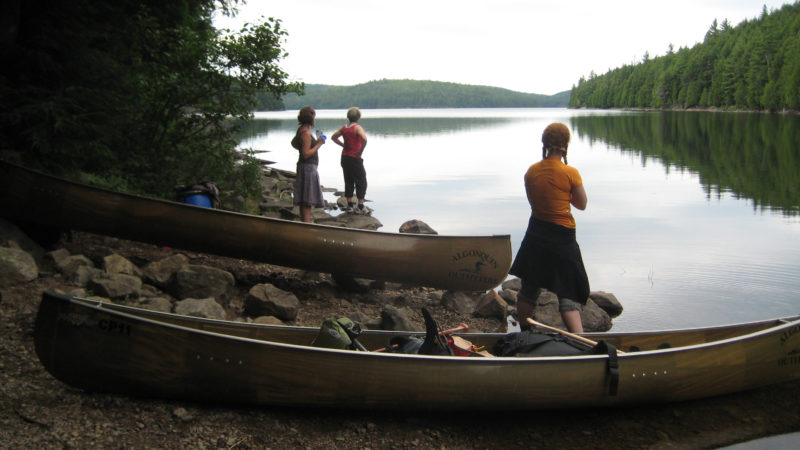 Searching for a different story of how humans are connected to nature led me to train and work as a Steiner school teacher.  Steiner’s ideas were based on a much older worldview, which like indigenous ideas had been overshadowed by our current western scientific paradigm.  The belief that nature and human mental health and wellbeing were intimately connected and a loss of this connection would lead to social and cultural breakdown.

Putting these ideas into practice I helped create a nature-based therapeutic curriculum for adolescents with complex learning needs and challenging behaviour at Ruskin Mill College. This included a woodlands curriculum and wilderness work in Scotland and the Sinai desert. Steiner’s ancient ideas proved highly effective for teaching traumatised adolescents to reconnect with nature in a secure social context.

The anthropologist Jared Diamond suggests that many indigenous cultures have, over time, discovered better practical solutions to the issues we still struggle within the developed world, such as child rearing and adolescent behaviours.   In fact, indigenous people often show sophisticated systemic thinking rarely seen in western, industrialised, educated, rich and democratic societies; a description that Jared Diamond shortens to the acronym WEIRD.  Those of us who have grown up within WEIRD culture are currently living through a very short period of human history where the importance of our connection with nature has been largely forgotten. 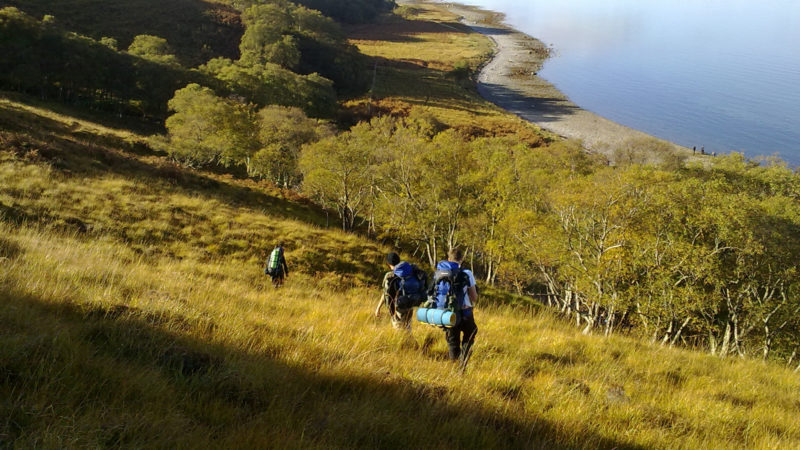 Ecopsychologists Chellis Glendenning and Paul Sheppard believe western culture has lost the understanding of nature that was common to indigenous peoples. Chellis describes how we have lived as hunter-gatherers in close contact and communication with the earth for 99.97% of our existence. It is only in the last tiny fraction of time that humans have become settled and changed the way we engage and think about nature.

Rites of passage experiences such as long exposure to the wilderness and ritualized solo fasting in nature such as vision quest were once considered by indigenous cultures as essential to contain and support adolescents on their journey towards maturity and stewardship of the earth. Without this support, adolescents were considered dangerously under-developed and not fully human. Now these ancient practices, forgotten by our education systems, are experiencing a resurgence of interest, with increasing evidence of their effectiveness to enhance emotional health. Wilderness work and solo time in nature is being used to support adolescents with mental health and attachment difficulties in the USA and has been used effectively in South Africa as part of the rehabilitation of child soldiers and militarised youth.

Interest in this type of rites of passage work such as Vision fast has now grown. Modern Vision fast involved stepping out of WEIRD culture and fasting alone in nature for up to four days.  This work is now being supported and developed worldwide by The School of Lost Borders and the Animus Valley Institute and there are regular meetings of the International Wilderness Guides network all around the world.

Nature-based work has been shown to be extremely effective and a study by Natural England in 2016 showed that in some case nature-based interventions have proved to be a viable and much less expensive alternative to medication. Studies also show a 30% decrease in symptoms of ADHD in adolescents in engaging in outdoor activities. In Japan, 20 minute’s exposure to a forest environment called ‘forest bathing’ is used as a beneficial treatment for the mental and physical health of government workers. 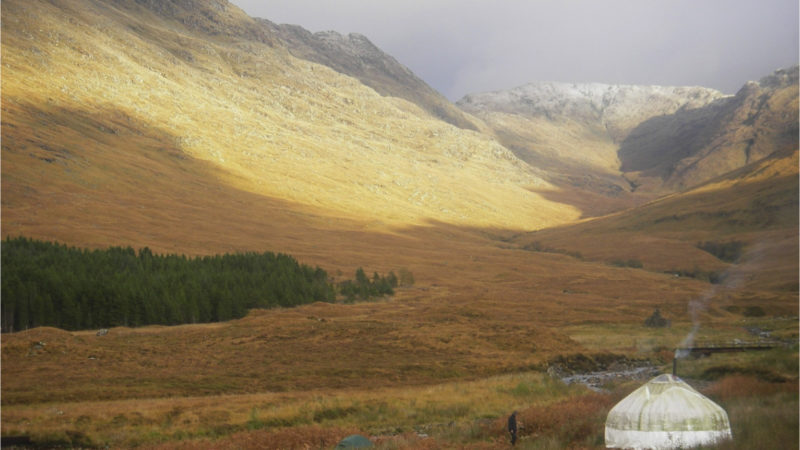 In a time of apparent global crisis, ecopsychology is a rapidly emerging field that attracts both those concerned with the state of the planet and psychotherapists wanting to bring nature more fully into their work.  ‘Nature in Mind’ is an invitation to radically reimagine our relationship between humans and nature and argues the case for bringing nature-based work into mainstream education and therapy practice.

Roger Duncan has worked with adolescents and nature for thirty years. He is a registered Systemic Family Therapist working in the NHS and in private practice, with individuals, families and organisations. His book, “Nature in Mind Systemic Thinking and Imagination in Ecopsychology and Mental Health” is published by Routledge.

Roger will be talking with Dr Allan Kellas at the Wild and Well festival 2pm – on Sun 21 October at Ashton Court.

You can contact Roger by email: rogerpcd@gmail.com. For more info on the ‘Wilderness guides UK network’ please contact Annie Spencer at anniezhartwell@gmail.com
schooloflostborders.org.