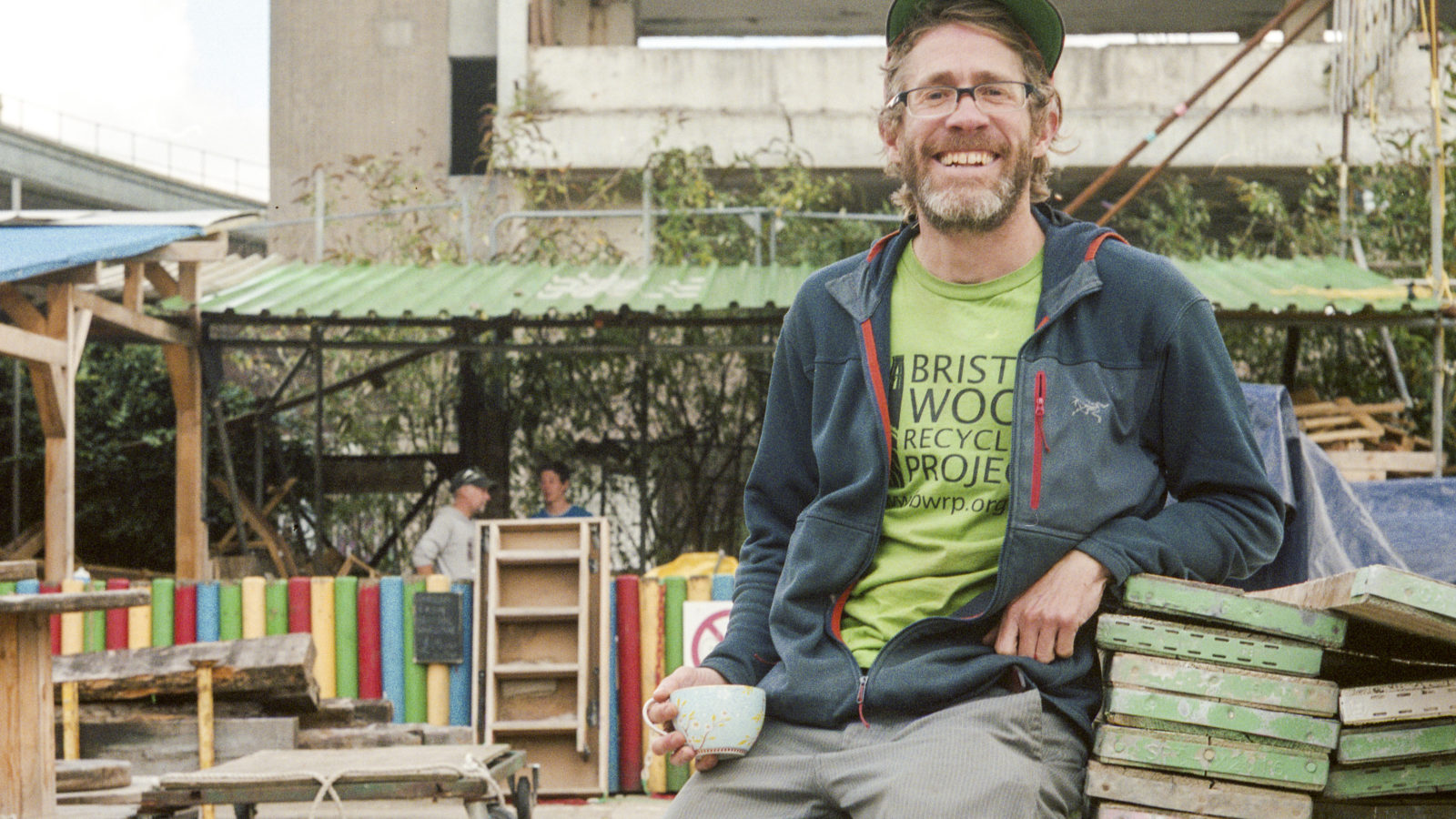 Here’s a fun fact for you: 10 million household items end up in landfill every year in the UK. In Bristol, that translates to 140,000 tonnes of waste and recycling annually. Over the next few editions of The Spark, we will give ideas and tips of how to revamp your old stuff, get rid of what you don’t want in the most eco-friendly way, and where to source new-to-you things.

We’re pretty good at recycling here. We recycle and compost nearly half the waste we produce – three times more than we did a decade ago. But half of the rubbish that goes into our wheelie bins is recyclable, according to Bristol Waste. Just think of the changes we could make if we fixed or passed on this 50% to be reused. Much of the waste that we recycle could find a new home without having to be broken down and rebuilt from scratch. Recycling – reducing items into raw materials to be remade – uses water and energy, money and releases CO2 into the atmosphere. While recycling is far better than burying waste, it’s better still to give it a second life. Luckily, Bristol is full of projects dedicated to doing just that.

According to fans of the Repair Cafe, we’ve lost the ancient skill of fixing. It’s too easy and cheap to buy new when something bites the dust and very few of us nowadays have the skills or confidence to be able to bring an old toaster back to life or to make a rickety old chair stand squarely on its own four legs again.

The Repair Café is working to change this. It’s a space where people can learn the long-forgotten skill of fixing. There are tools freely available and volunteers on hand to help you fix your broken things. Some cafes have even started using 3D printers to replicate broken parts. Pretty nifty, eh?

The aim behind the Cafe is threefold: to reduce waste, to bring communities together, and to make sure that the ancient skill of fixing is not forever lost. There are now more than 1,300 Repair Cafes around the world, find your nearest one here.

Build your own with the Bristol Wood Recycling Project

My housemates recently built themselves a cabin bed from scratch. It was a pretty big project and it was made possible – and affordable – by the Bristol Wood Recycling Project. They were able to use quality second-hand timber and cut it to size on site.

The BWRP is responsible for saving quality timber from being turned into biomass or chipboard. Most companies dealing with second-hand wood recycle it into biomass or chipboard, but by keeping the timber as timber and making sure it’s reused instead of recycled, the BWRP reduces the amount of timber that needs to be grown. The project’s future was uncertain when it was recently told it would have to make way for a £300 million university campus, but the project has managed to find a new home. 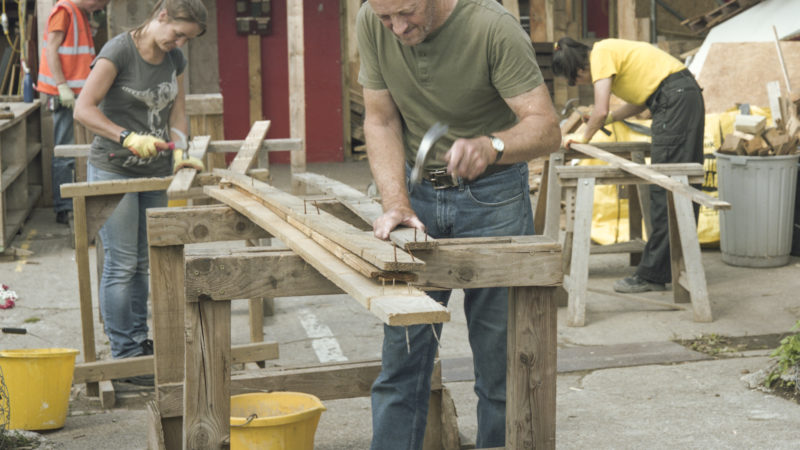 Ben Moss, one of the founders of the project, says that attitudes are changing towards waste, that now we’re starting to see it as a resource, rather than something to just get rid of.

“After the second world war, something happened where that narrative of waste being present as a functional thing disappeared and waste was just intrinsic,” he said in a recent interview with Bristol Waste. “It’s a means to an end. You want to do something, it means there’s waste.”

But, he says that this attitude is slowly changing back to the “make do and mend” mindset that once was so prevalent in the UK. And, if you can’t use something anymore, pass it onto someone who can.

“Just because you’re done with it, doesn’t mean someone else is,” adds Ben.

Finding a new home for your pre-loved furniture

In the UK, 83% of sofas end up going to the dump or recycled. Not because they’re broken, just because they’re no longer wanted. With poverty in the UK rising, every year there are more and more people who need furniture, and yet donations are stagnating.

“No-one should be without a bed to sleep on, a cooker to cook on, or a sofa to sit on, wherever they live in the UK”. This is the mission of the Furniture Re-Use Network, which was founded in 1989 to connect unwanted furniture with people in need of it. 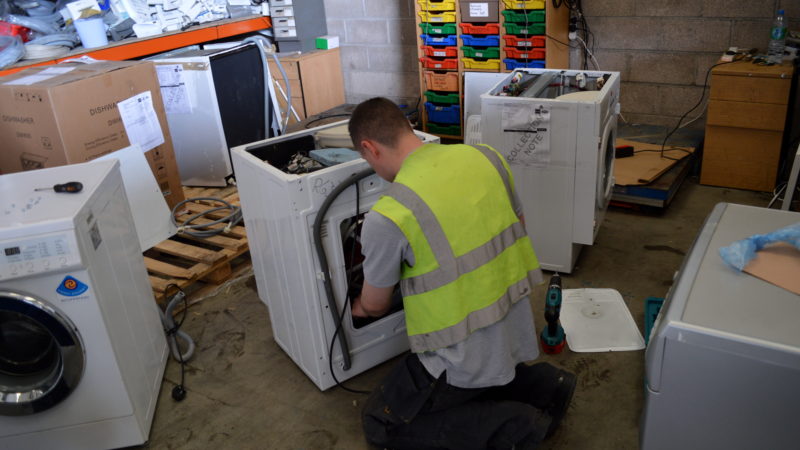 The project supports more than 200 charities around the country, getting donations of household items to people who most need them.

“Donating your unwanted furniture to a reuse project means that it will find a second home with someone who really needs it and can’t afford to buy new furniture,” says Claire Charras, Business Support Manager at the charity. They also provide employment and volunteering opportunities in the local communities they’re based in.

“FRN members offer supportive, friendly and respectful environments in which to volunteer, work and donate. They reduce social isolation and enable increased influence and participation in the community as well as ensuring that furniture or white goods which would otherwise have been disposed of, are put to good use.” 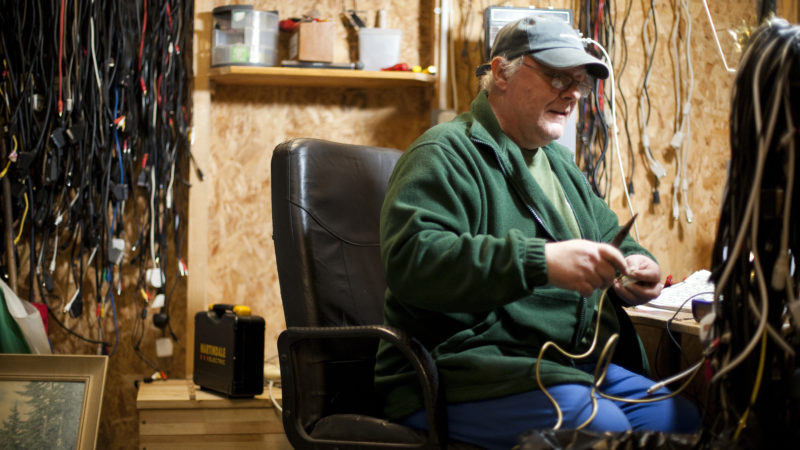