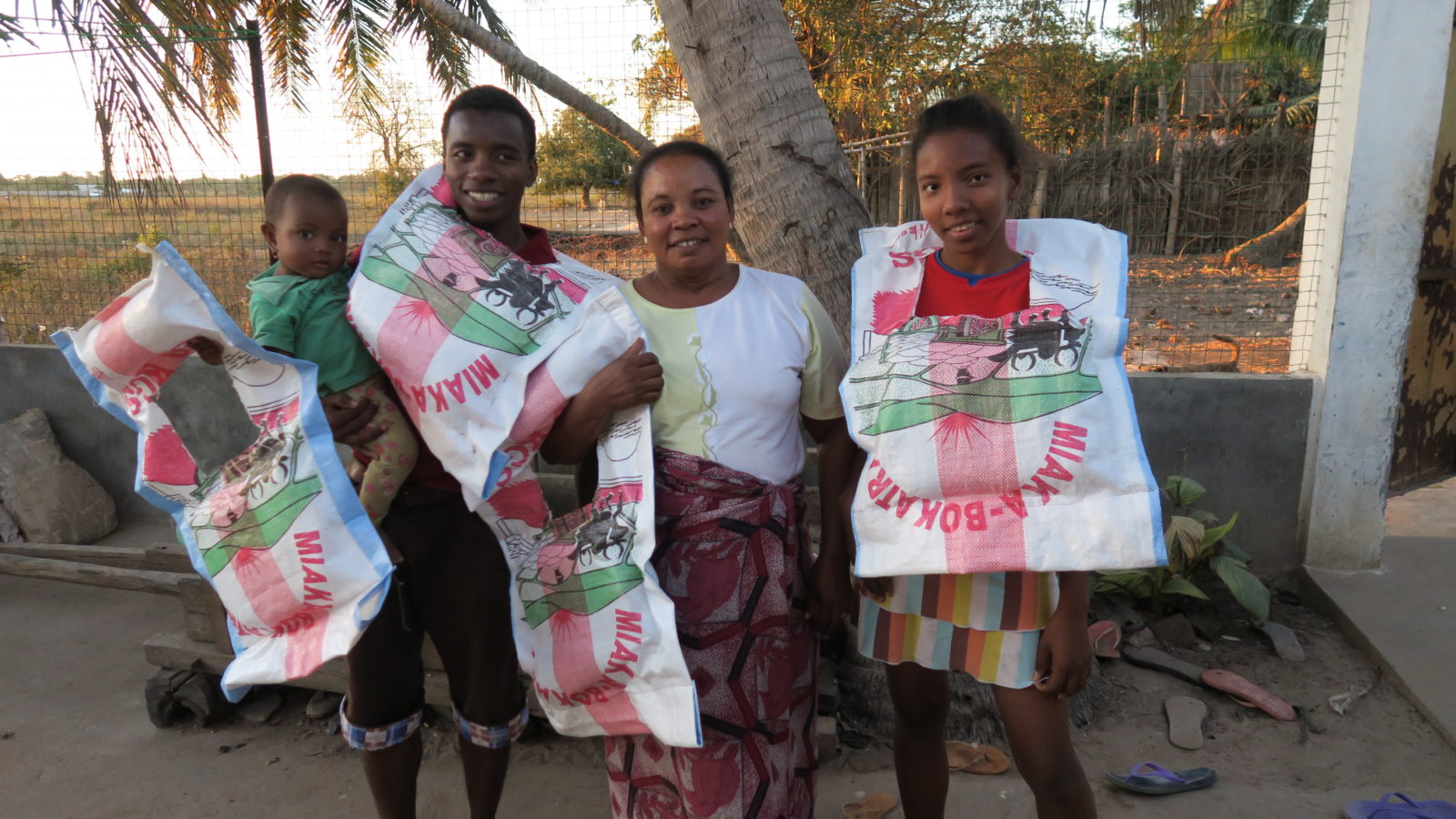 The life-jack created by Vestability is a great example of necessity being the mother of invention. The design was arrived at when University of Bristol students sought a way to protect impoverished fishermen with lifejackets. They came up with a simple life-vest design that is easy to assemble from common waste materials.  What’s more, they are working to share this brilliant, low-tech idea with an online toolkit, to teach fishing communities worldwide how to make and use the vests. The idea is the brainchild of Alex Sanderson who explained how it all began.

“I founded the project after speaking to women in Madagascar whose husbands and sons had drowned at sea, never returning from their fishing trips. This is because there are no life jackets available in small rural fishing villages, and those in the cities are unaffordable. Fishermen earn roughly £2.50 a day, and a life jacket costs 60 times as much. “ 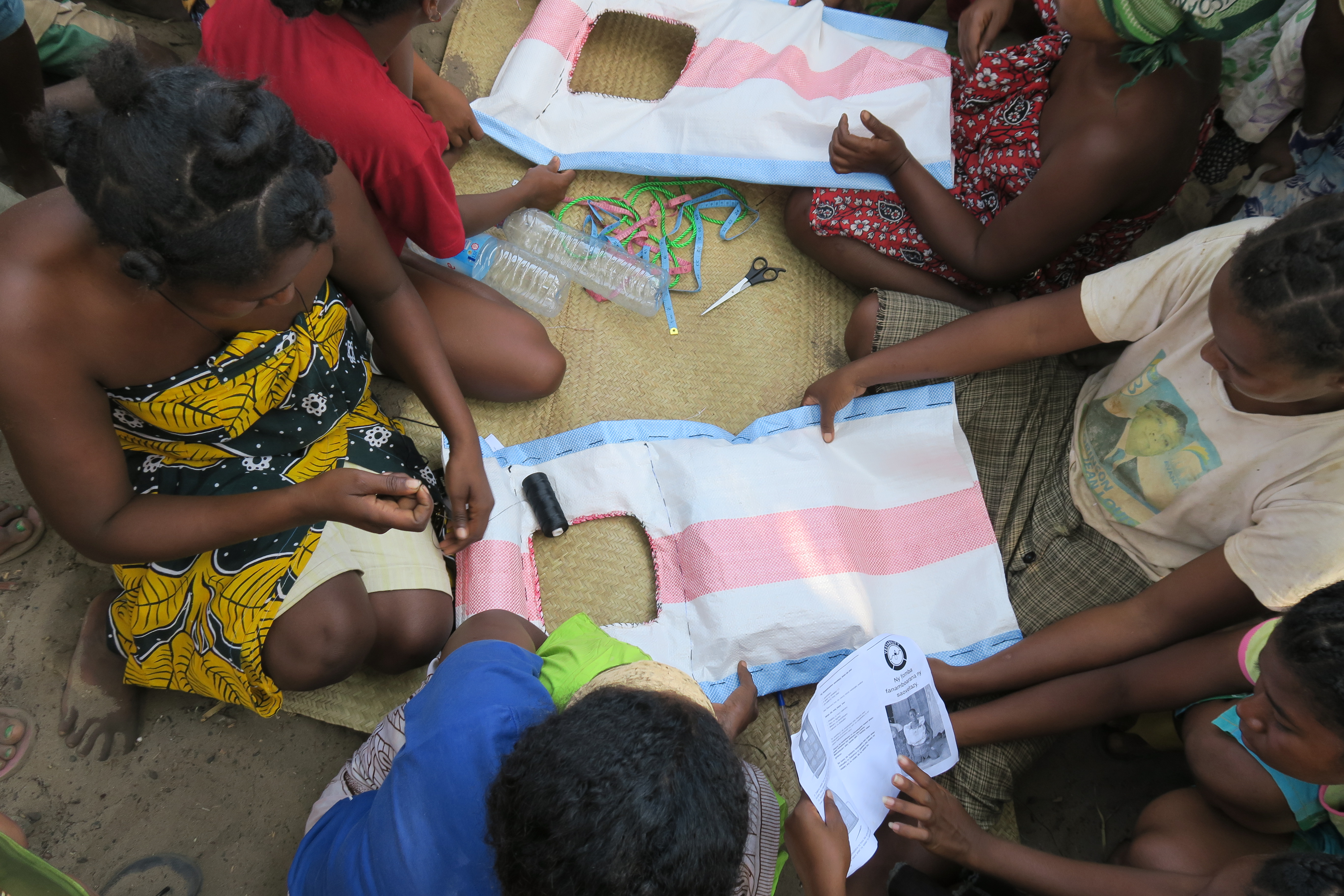 Fishermen and their families learn how to make the vests

“Every day, fishers decide whether to safeguard their lives and stay ashore, or to risk their lives to provide for their families”

Many fishers drown off the coasts Madagascar. Their traditional boat designs are prone to capsize and this has been exacerbated by stronger winds and rougher waters as a result of climate change.  After capsizing, fishers must swim long distances back to shore. With no life jackets, they quickly become exhausted and many drown. Every day, fishers decide to risk their lives to provide for their families.

Alex explains how her idea took shape back in Bristol: “when I arrived at University, to begin my undergrad degree in Geography a few months after being in Madagascar, it seemed like a great opportunity to utilise all the faculties and wealth of knowledge here to try and find a solution. Working with engineering students, we developed our unique buoyancy vest”. 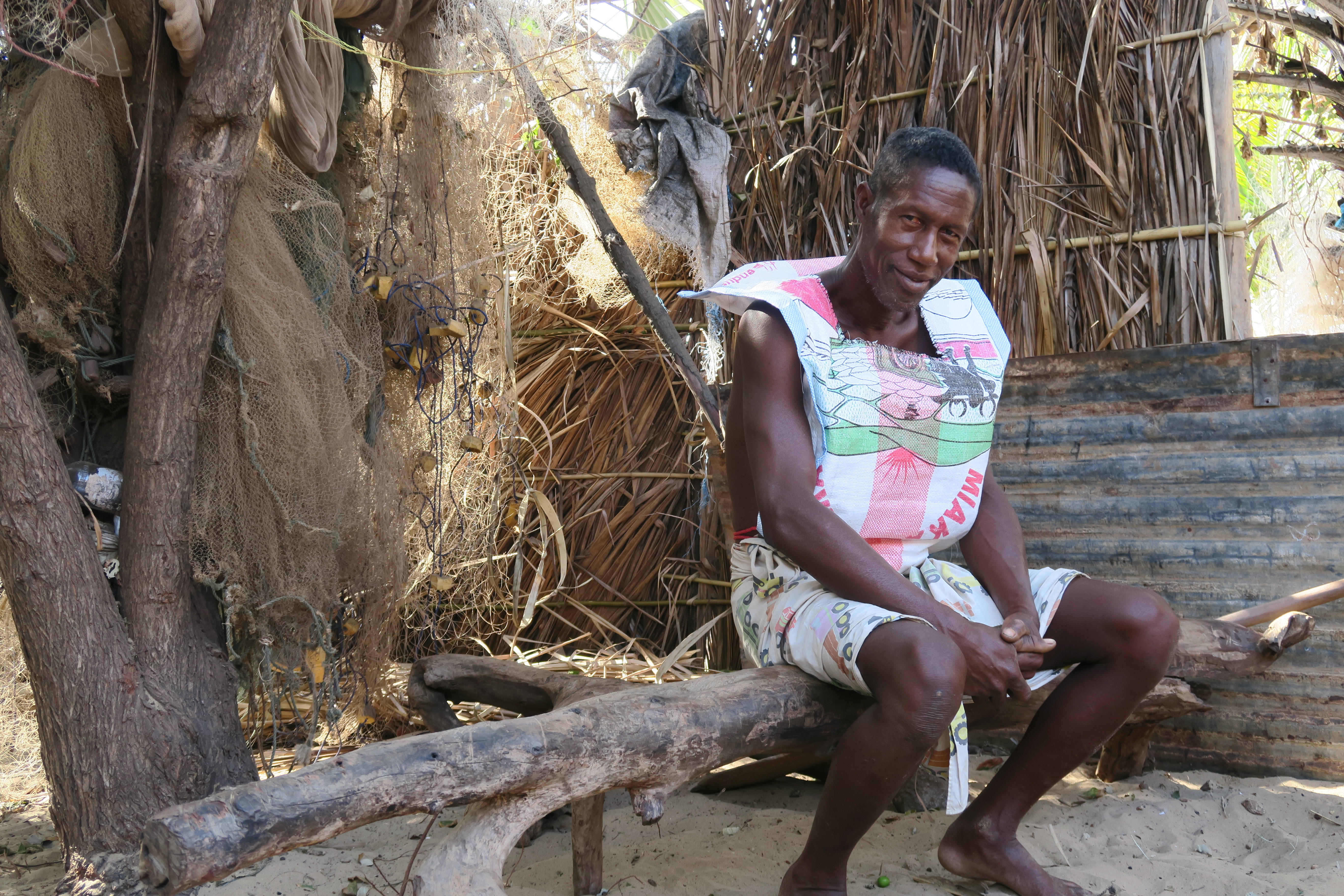 The vests will be lifesavers for fishermen around the developing world

The buoyancy vest utilises four plastic bottles, sewn into one rice sack. Three are on the front, and one behind the neck. They have had rigorous testing both in the UK and out in Madagascar. The life jackets are quick and easy to make, but also easy to repair and create a sustainable and affordable solution to the lack of life jackets.

The buoyancy vests were tried out with a Madagascan community of fishermen and women. The pilot project was used to find the best way to train people to make the vests and ensure they were used safely.

“We found the best way to do this was by running production workshops within the villages, where participants bring their own materials and leave with a buoyancy vest. However, as we can’t be in Madagascar all year to run the workshops (due to university degrees), we have set up our online toolkit so that any organisation – whether in Madagascar or elsewhere – can learn how to make the buoyancy vests and pass it on to local fishing communities through similar workshops. Working closely with these organisations is vital, to ensure they learn the correct procedure for the buoyancy vest.

By working with partner organisations, Vestability aims to increase their impact to new countries. Currently, staff at a marine conservation organisation, Blue Ventures, are learning to run workshops with the fishermen they work with.

There are roughly 34 million fishers living in developing countries, many without access to life jackets. Vestability hopes to provide buoyancy vests to all these fishers. To help raise funds and awareness they will sell Vestability branded reusable bottles via their website soon.