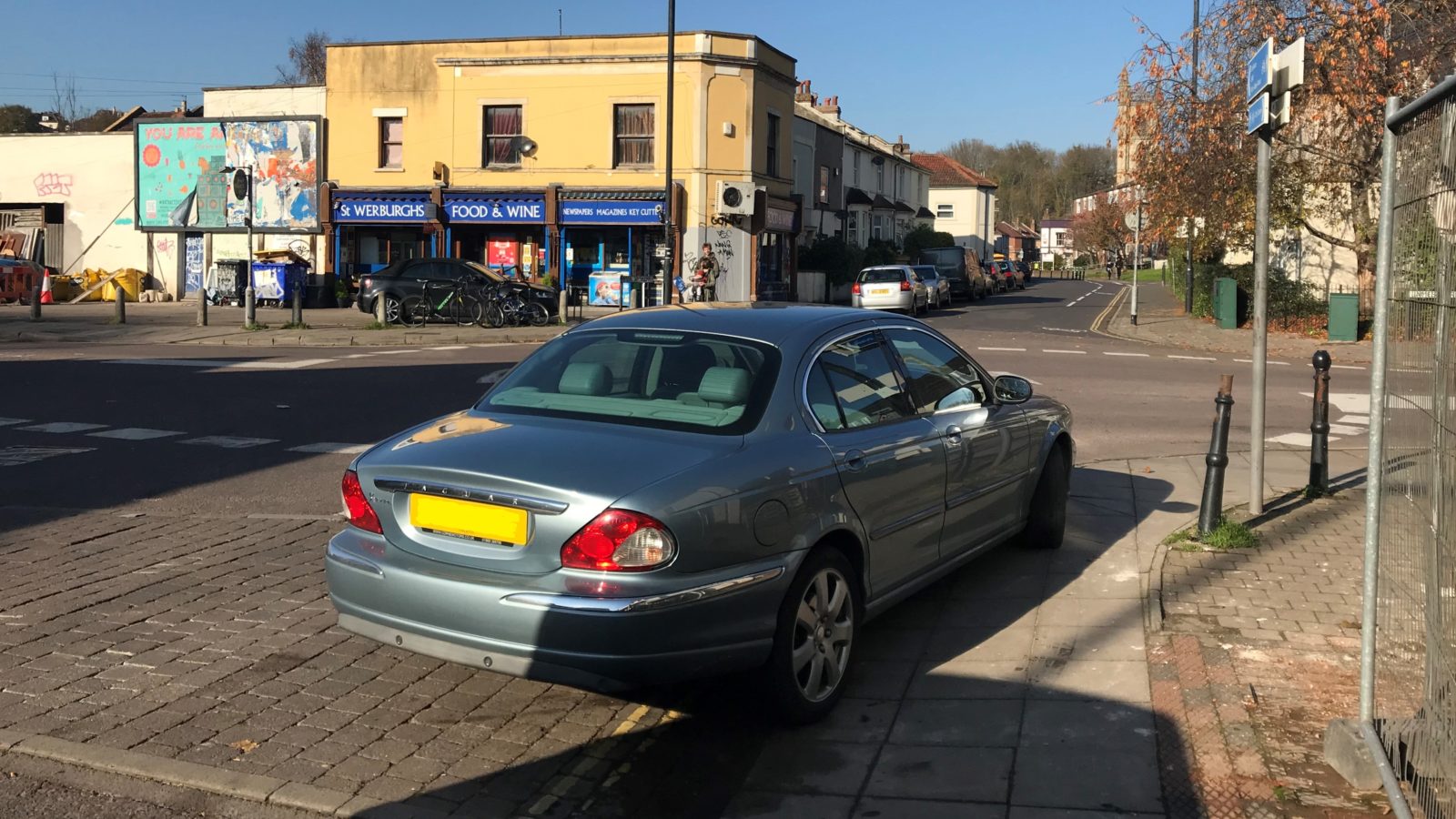 Bristol’s problem with pavement parking may seem intractable and has not been high on the agenda of our city council or police authority who currently have limited tools at their disposal to address the issue.

But tackling pavement parking is a key campaigning issue for Bristol Walking Alliance (BWA) and we welcome the conclusion of the House of Commons Transport Committee that any concerns raised about a ban on pavement parking “must be balanced against the serious negative consequences that pavement parking has on some of the most vulnerable in our society”.

Pavement parking is known to put pedestrians at risk, especially young children, the elderly and people with visual, mobility or cognitive impairments. Existing laws do not address the problem and there is confusion about how to report it and who is responsible for enforcement.

BWA finds it unacceptable that parking on pavements, with certain exceptions, has been prohibited in Greater London for nearly 40 years while in the rest of England it is permitted unless specifically prohibited by a local authority.

But is there a glimmer of hope?

The Department for Transport (DfT) is currently consulting on pavement parking and has outlined three options:

BWA has responded to the consultation, strongly supporting a national ban on pavement parking, and we urge others to do the same.

Although work to improve the TRO process is welcome, it is insufficient to address the endemic problems associated with pavement parking.

Motorists as well as pedestrians would benefit from a consistent rule: “you must not park on a pavement except where signs permit”, with clear traffic signs and bay markings to show the exceptional places where pavement parking is allowed. 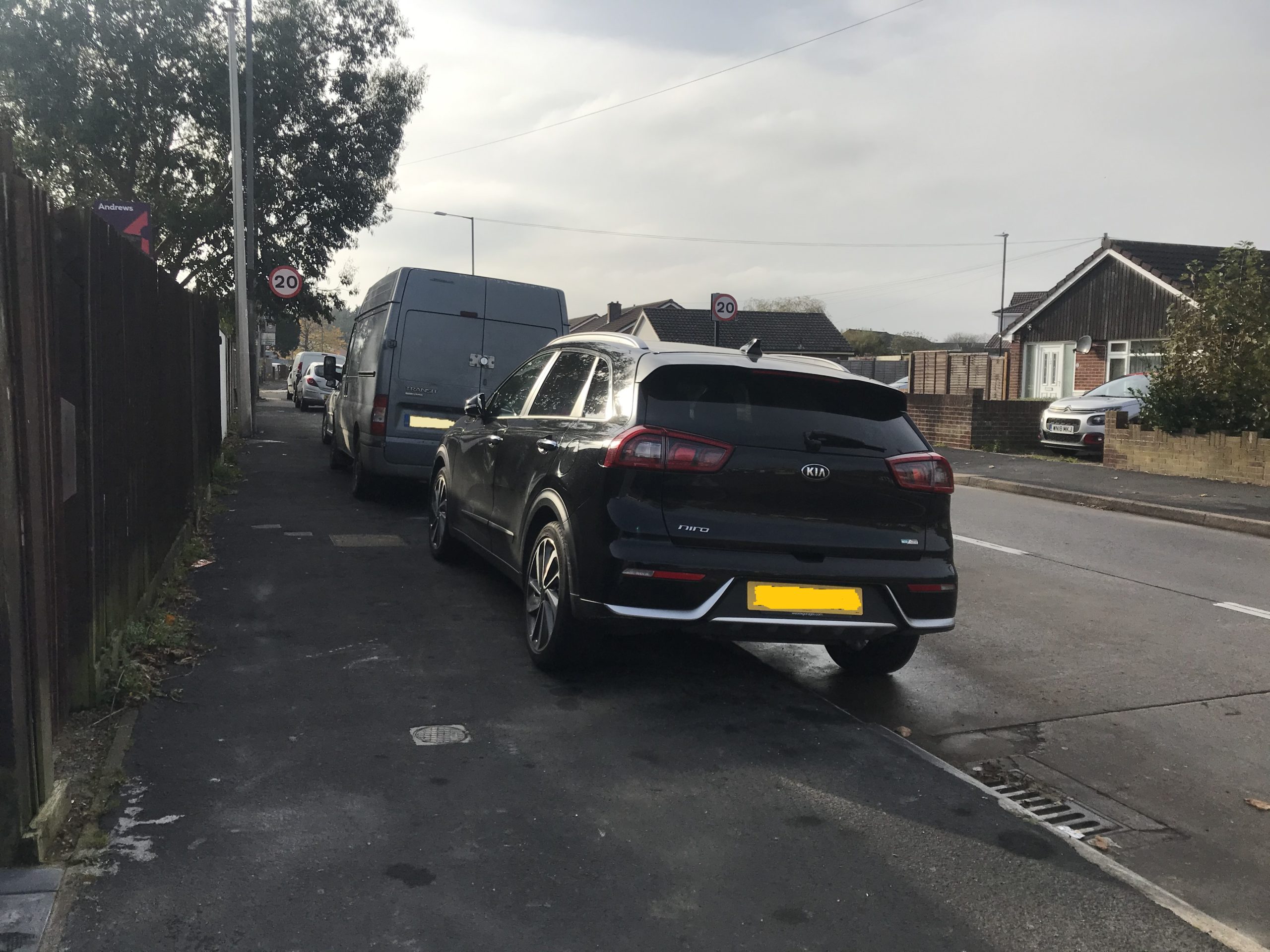 Should cars still be allowed to park on pavements – such as here on Stockwood Lane – if they are wide enough? – photo: Martin Booth

The DfT suggests a national ban would be “the most significant change to English parking law in several decades”, but the government should be bold in addressing the problem and provide local authorities with the necessary assistance for its implementation.

Although the consultation is welcome, several “disadvantages” of a pavement parking ban are described and need to be challenged.

It is suggested that two-way motorised traffic flow will be inhibited in some streets: “It might be reasonable for traffic to give way on quiet residential roads, but it could cause significant congestion on heavily trafficked roads of the same size, so there may be a case for vehicles being on the pavement.”

But motorised traffic flow should not be prioritised over pedestrian movements in narrow streets where slower speeds promote road safety.

Neither should the need for emergency vehicle access be used as an excuse for regularly blocking access to wheelchair users or forcing blind and visually impaired people into the road: if a road is too narrow for vehicles to park safely, the vehicles should be parked elsewhere.

BWA was also concerned to read that “pavement parking is partly self-regulating and fluctuates in response to spikes of parking demand, such as community events, local festivals, etc”.

It is not acceptable to make life difficult for residents because of an influx of vehicles for occasional events especially when, during such events, there is likely to be an increase in pedestrians needing to use the pavements safely.

BWA does not believe “a national prohibition would also be particularly difficult in environmentally sensitive areas, such as historic towns and villages, where there is likely to be strong resistance to placing of traffic signs and bay markings to indicate where parking is permitted.”

Finally, the suggestion that London is more conducive to a pavement parking prohibition, because of much lower levels of car ownership per household and higher mode shares for public transport, is pertinent.

Lower levels of car ownership and higher mode shares for public transport should be encouraged across the country: supporting and enabling walking, by banning pavement parking, is part of the solution.

Suzanne Audrey is an executive member of Bristol Walking Alliance, a consortium of organisations and individuals campaigning to improve Bristol’s walking environment. The Department for Transport pavement parking consultation ends on November 22.

Read more: ‘We need to admit that cycling and walking are completely different activities’