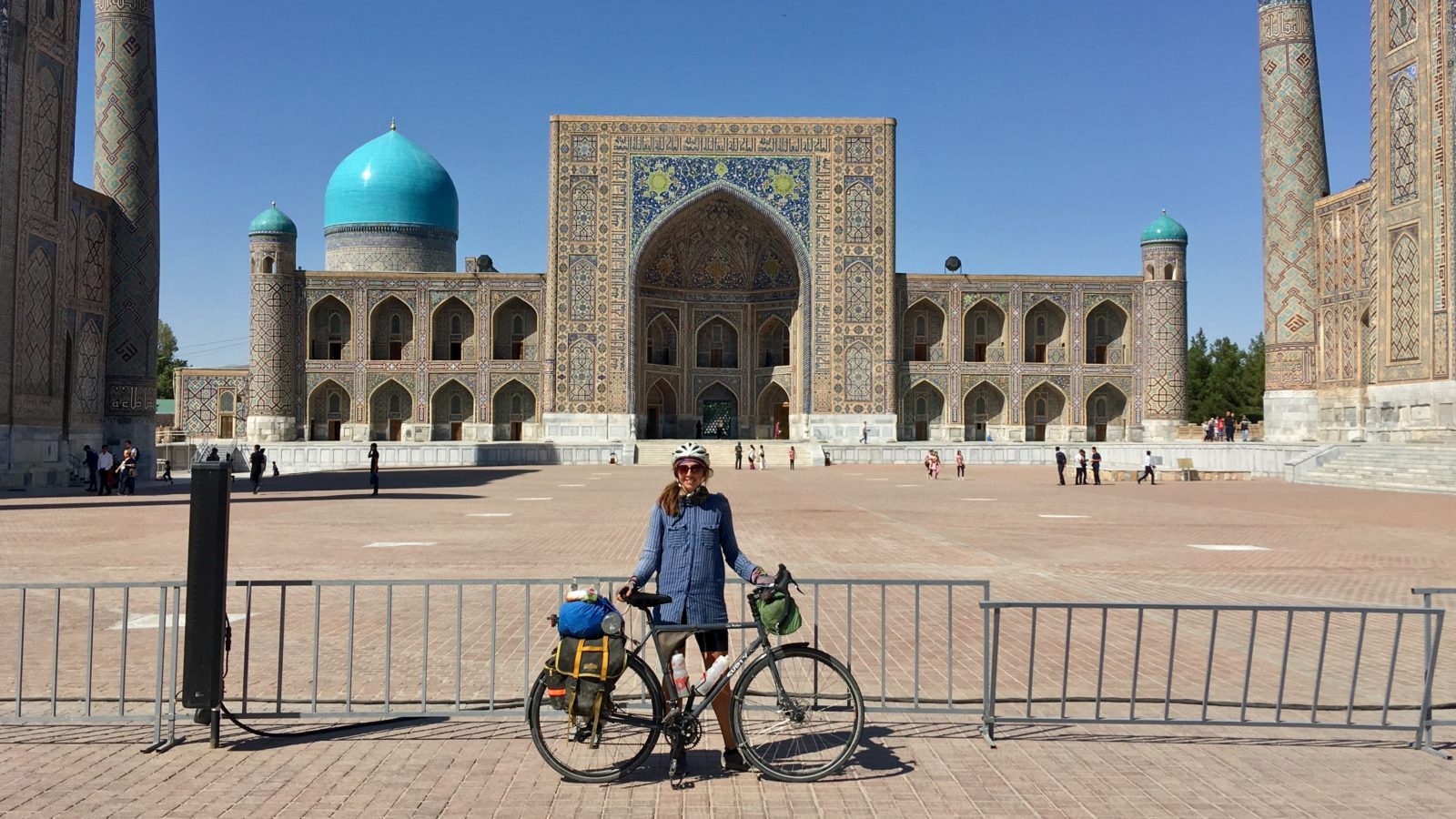 I was cycling home from my mum’s house on the other side of Bristol when I was stopped by the police tape. It was stretched between the lampposts, which had just flickered on.

Police officers stood at the corner of my flat, by the remnants of the accident left in the road: a stained pillow that had cushioned a damaged body, a bicycle on its side. Blue lights flashed on Ashley Down Road.

That night I dreamed I was on a road in a sleepy town, when suddenly a man’s head exploded into pieces, like a watermelon. I turned and ran, screaming myself hoarse. I woke up in the thick darkness of 2.30am with the gore still dripping when I closed my eyes.

Each day when I leave the house on my bike, I know that my choice of transportation means I might not come home. I don’t dwell on it; if I did, I’d never cycle again.

But every time I experience a close pass, or watch a video of cyclists facing abuse, or see the aftermath of an accident, I’m reminded of how vulnerable I am on two wheels. 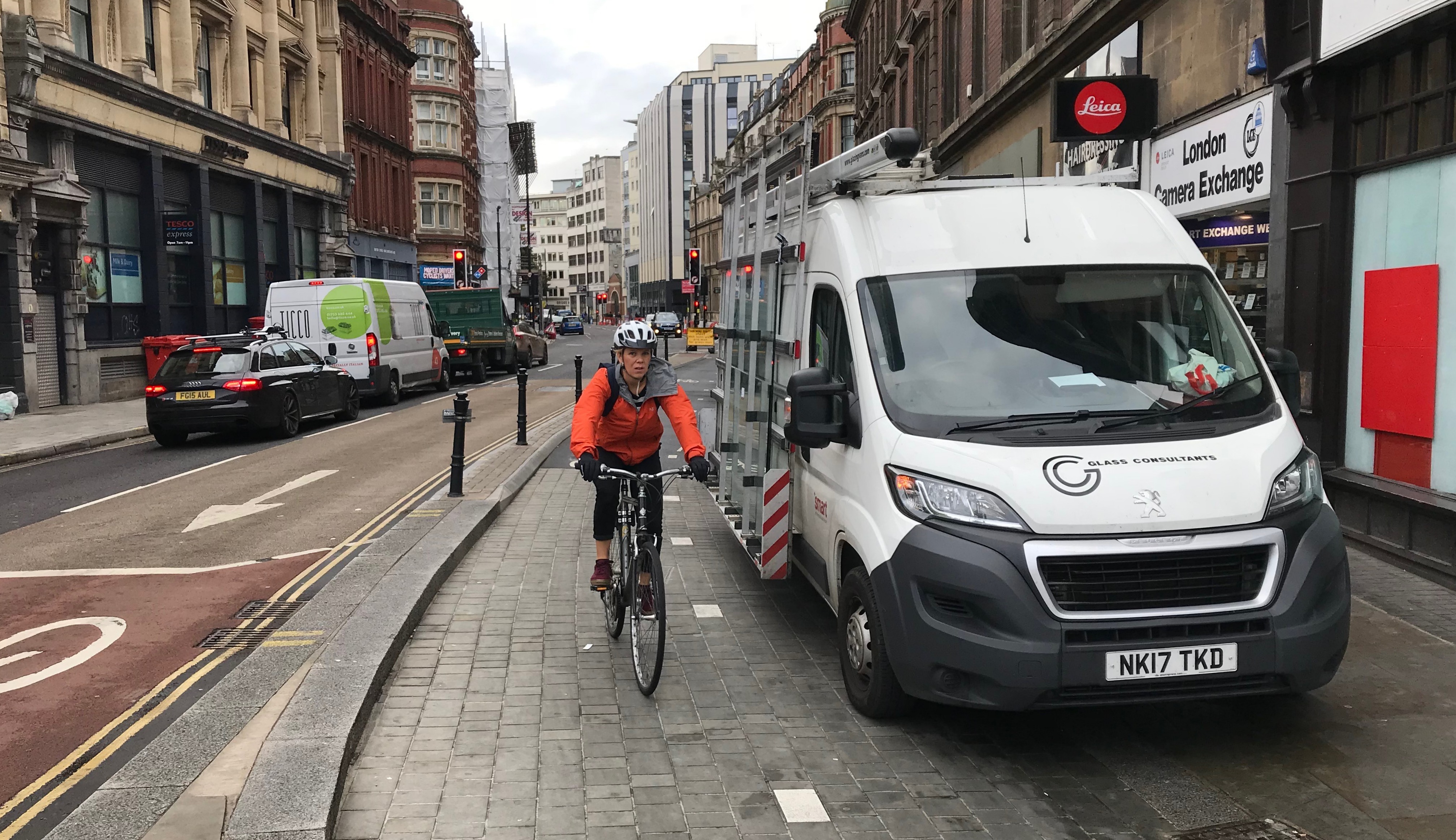 ‘Why don’t cyclists use the cycle lanes?’ – photo by Martin Booth

When Covid-19 hit, cycling rates rocketed. Cycling Weekly reported in June that 1.3m people had bought bicycles during lockdown. A poll by ICM found that 17 per cent of commuters said they were more likely to cycle to work in a post-pandemic world.

Since May, miles of residential streets in London have been closed to private cars, creating low-traffic zones for safe cycling.

While other UK cities prioritise cycling, it’s disappointing to see Bristol fall behind.

The new pop-up cycle lanes on Perry Road and Mina Road have made my journeys home feel safer, but also highlight just how bad the provision was before.

Where the protective wands end near the corner of Jamaica Street, cyclists are funnelled back into a narrow lane in the gutter, separated from traffic by a line of paint.

Cycling that stretch often reminds me of the terrifying CCTV from 2012, showing bus driver Gavin Hill using his bus “as a weapon”, according to the judge who handed down his 17-month jail sentence.

After an argument between Hill and cyclist Philip Mead, Hill pulls out on Marlborough Street as if to overtake and then swerves, driving his bus directly into the cyclist.

Mead’s bike is crushed and he is hurled across the road towards the magistrates’ court, breaking three bones.

When I first saw footage of that incident I was 21 years old, newly into cycling, and looking forward to moving back to Bristol – announced as England’s first cycling city in 2008.

It only took a 42-second video to make me realise that I wouldn’t be safe.

In 2014 I was hit by a motorbike on Baldwin Street. A month ago an articulated lorry drove me off the road in Warmley. At school, a fellow pupil was killed in a bicycle accident in Dundry.

It happens when wearing helmets, in full high-vis, in bright daylight. I worry about everyone I know who cycles.

For me, the dangers are outweighed by the pleasures. That’s why I still get on my bike every day: for the smell of Rice & Things’ jerk chicken billowing down Stokes Croft, the triumphant rush of conquering Park Street, the taste of fresh air.

Cycling has massive benefits for my mental and physical health.

I’m not a nervous cyclist. Last year I cycled from Bristol to Kazakhstan. This year I rode 2,500 miles around India on my own. But I’m still scared on Gloucester Road when taxis pull out without looking. 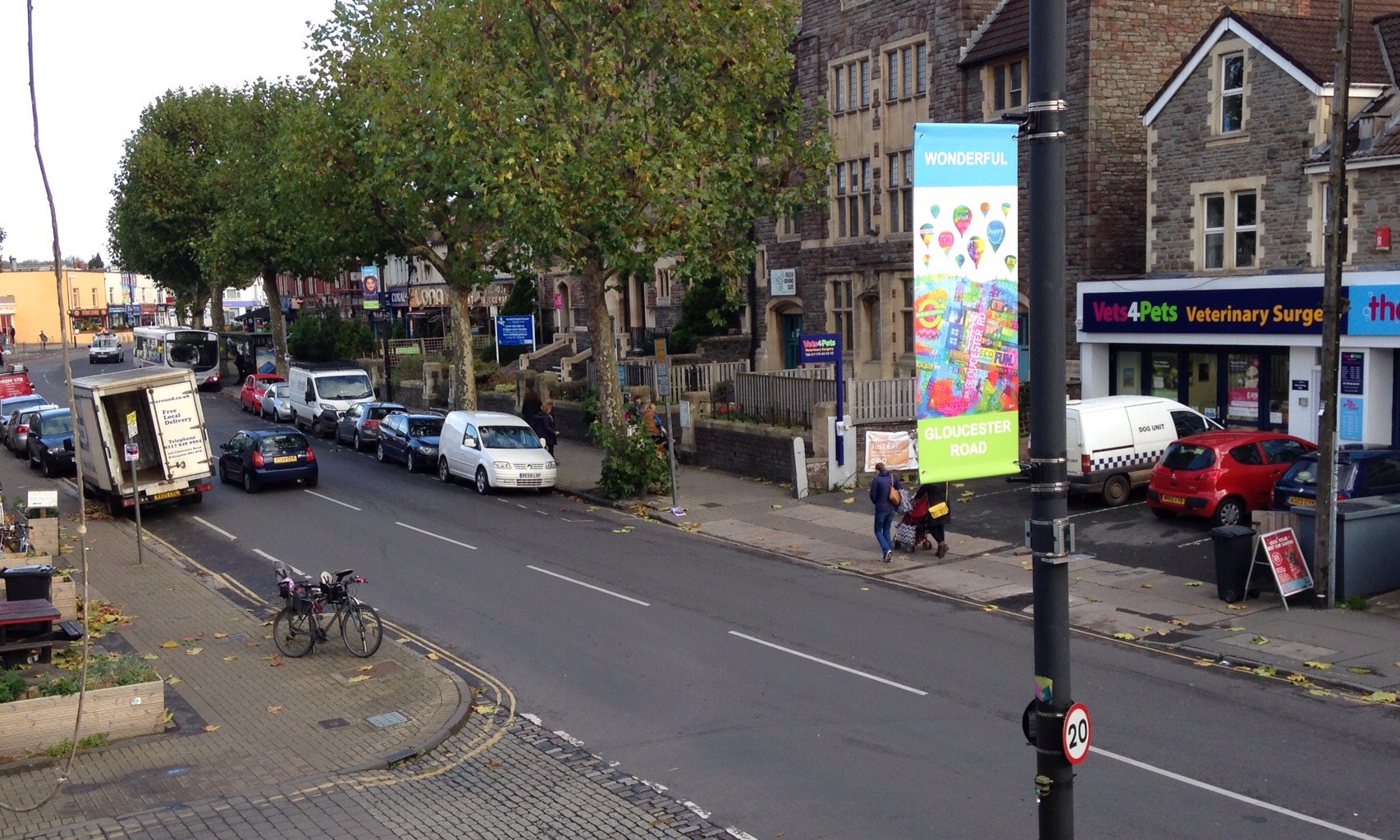 For every experienced cyclist, there are now so many more beginners venturing out: 1.3m people around the country, who might not have been on a bike for years, and bought a bicycle during the halcyon traffic-free lockdown days.

If the roads aren’t safe for them, how will we bring down Bristol’s killer air quality? How will we persuade anyone to get out of their car for short journeys? I’m a driver too.

Recently, Bristol City Council announced ‘bold’ plans to close 13 roads to through-traffic and I wholeheartedly support any plan to design roads that work for everyone.

The Covid-19 lockdown showed me and many others that it’s possible for city cycling to feel safe and enjoyable.

I hope that momentum for change isn’t lost in bureaucracy and headline-grabbing naysayers. I hope it won’t take more damaged bodies on our collective doorsteps to make Bristol’s streets safer.

Read more: ‘We need to make walking and cycling the fastest, safest and most convenient option’