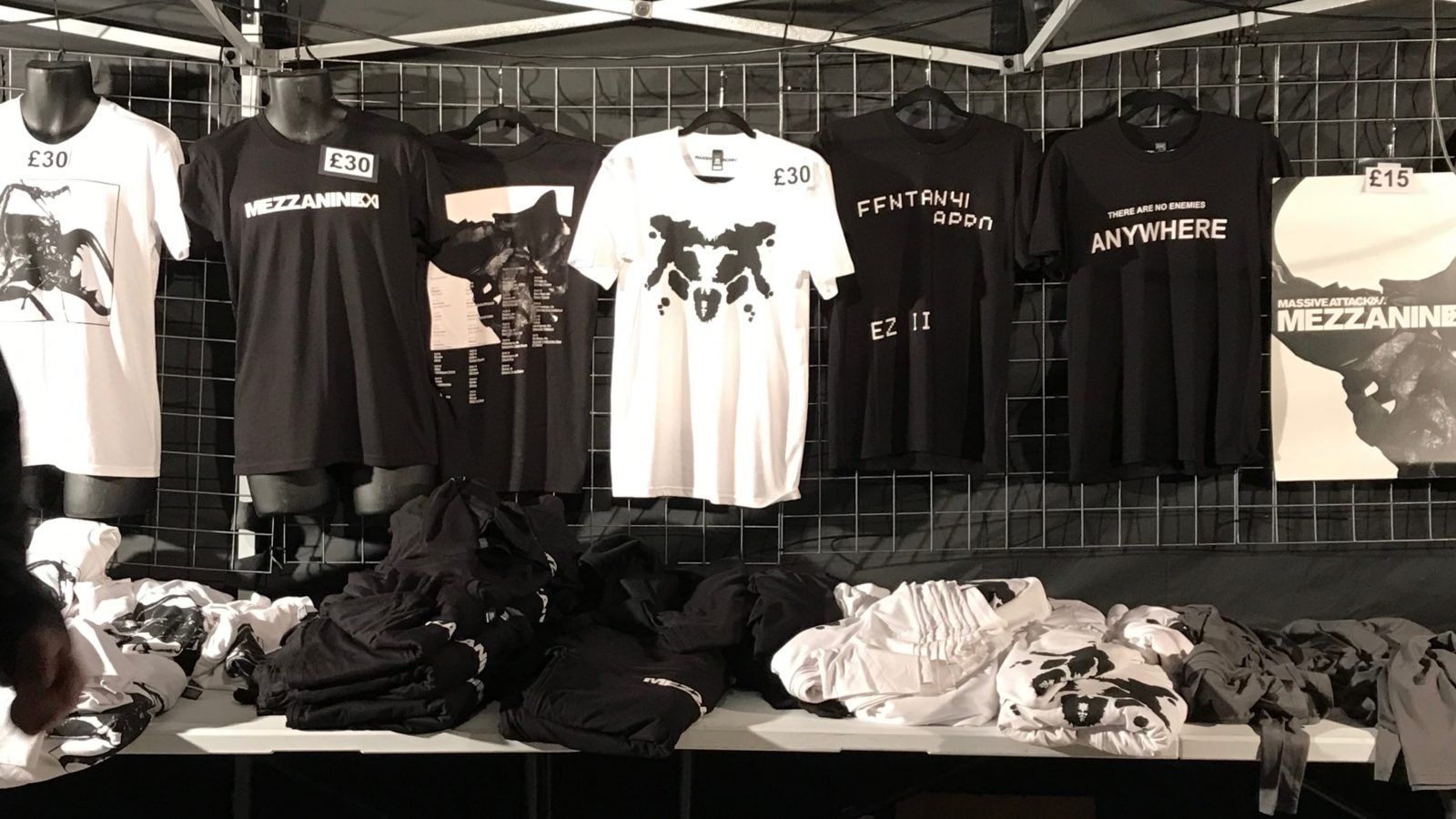 Massive Attack played two gigs in their hometown of Bristol this weekend, but they left me cold in more ways than one.

Set in the brutal landscape of a disused airport hangar, knowingly named as the Steel Yard, fans were efficiently ferried on buses from Bristol town centre to a purpose-built venue for a special Mezzanine anniversary gig. Technically it was billed as an indoor gig but it was more like an outdoor event with a roof on it.

Circled by beer and food tents, which accepted cash only on the night, the hangar was grim and unforgiving. We had hope early in the evening for a spectacular gig or at least something to stimulate the senses if not to keep the cockles warm.

Everywhere we went, people were funneled in queues through steel barriers, at the ticket check, for the bar, for the portaloos. Everything was done by the book, no room for anyone kicking off or being anything other than a responsible and obedient citizen. George Orwell would have been impressed. 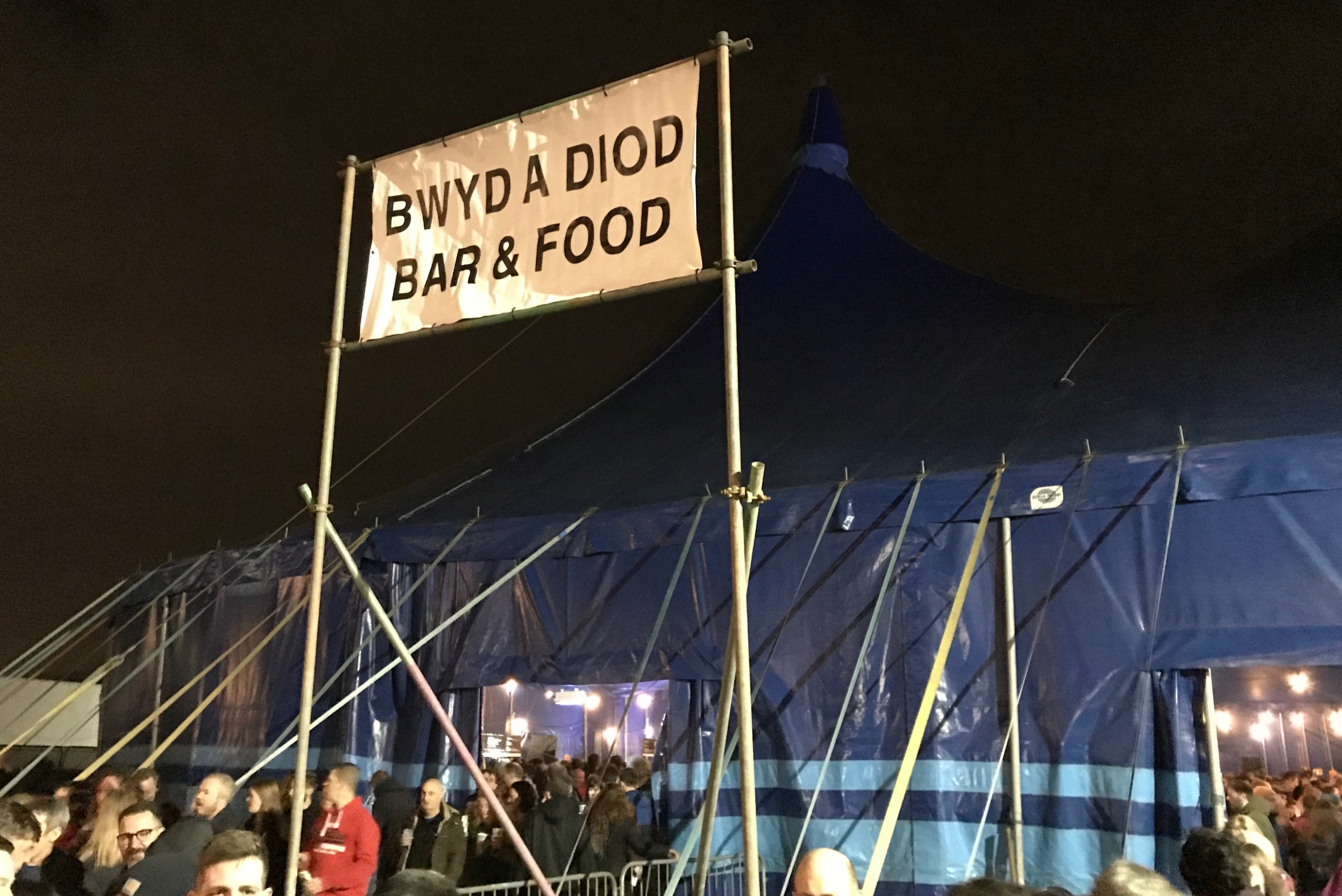 Massive Attack took to the stage without a word, knocked out some of their Mezzanine songs and threw in a few other random unrelated tracks. Without any context from the band, there was no apparent order or purpose to the sequence. All of this was accompanied by nausea-inducing flashing screens (I would have liked a warning from the organisers about that), interspersed with politically loaded messages, grim video clips and a whole lot of Adam Curtis content.

I’m fairly sure the band are abreast of the current political landscape, so to serve up a plateful of moral posturing in the midst of Brexit limbo was unfeeling at best or deliberately cruel at worst. I know that Massive Attack project this dystopian digital nightmare, but when people are paying hard earned cash for a night away from the impending social apocalypse, the last thing we need is a sermon from a band charging over fifty pounds a head for the privilege.

Apart from a few snatched moments of joy from Liz Fraser and Horace Andy, I wasn’t entirely sure if Massive Attack even realised they had an audience there. I wasn’t sure I’d actually seen them myself or just hallucinated the whole thing (believe me, the alcohol wasn’t that good).

Being quite short and standing towards the back of the hangar, I saw some projections of the singers on a suspended screen, but again no word from 3D or Daddy G. It all ended very abruptly, no acknowledgement of the audience, no encore, no wishing us a safe trip home. For a band who built their reputation in Bristol, it was poor form to not remember or even nod towards the town they started from.

I’d like to think I’m more than a casual fan of Massive Attack. Many of us attending said the band formed the backdrop to our younger and maybe more hedonistic selves. The year Mezzanine was released, I was studying a postgraduate in music technology and my thesis and accompanying music production sampled and was directly influenced by Mezzanine. I have a strong emotional attachment to the band and in particular that album. 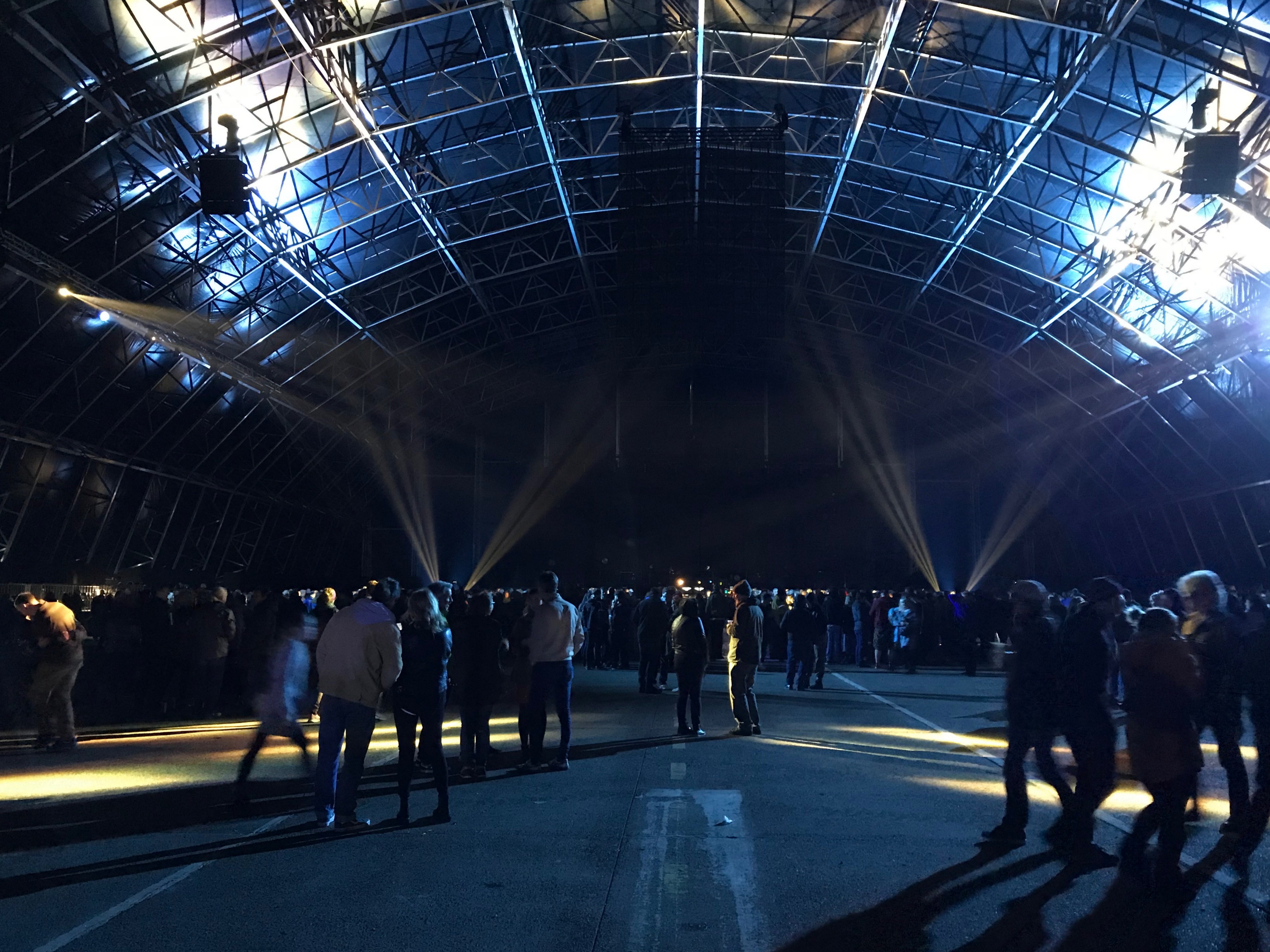 The Steel Yard was a temporary 14,000-capacity venue built on the former Filton Airfield

Afterwards, we couldn’t quite put our finger on it. Harsh landscape, not-so subliminal messages and sullen attitude. So far, so Massive Attack. Only the next day it occurred to me that this was like another version of Banksy’s Dismaland in Weston-super-Mare, a grim and politically-pointed event that people voluntarily paid for and queued up to see.

Was this on purpose? Was herding their audience like cattle in a cultural abattoir intentional? In the absence of any connection with the audience, I concluded that this was on some level, a social experiment to see if people would willingly part with their money for the opposite of entertainment. Like Banksy’s Love is in the Bin, our anticipation was effectively shredded in public, but not until after the money was in the bag.

Now, you may think this is a lot of whining from someone who had the means and money to afford to go. But having spent easily over £100 that night to stand in a shed with overpriced food and drink, was a liberty by Massive Attack. I’d like to think it was only myself that lost out, but I had a friend who had travelled over from the Republic of Ireland especially to go to the gig.

I know I am lucky I can chose to do these things and many people in Bristol don’t have the luxury of picking and choosing how they spend their leisure time and money. But if this was a joke, then it was an expensive one on their hometown and Robert and Grant need to remember which side their bread is buttered.

If you’re thinking of going to one of their future gigs, don’t. You’d be better off doing something worthwhile with your money. I’ve donated the equivalent value of my ticket to The Trussell Trust, just to put my money where my mouth is. If you’ve any left over, buy yourself a few cans of beer and listen to Mezzanine at home.

I wish I had better things to say about the event, but like Banksy’s Girl with a Balloon, that night my love for Massive Attack slipped from my grasp and drifted away in the wind.

Catherine O’Regan is a Banksy and Bristol street art fan. Read her blog at www.incorrigiblecor.com.