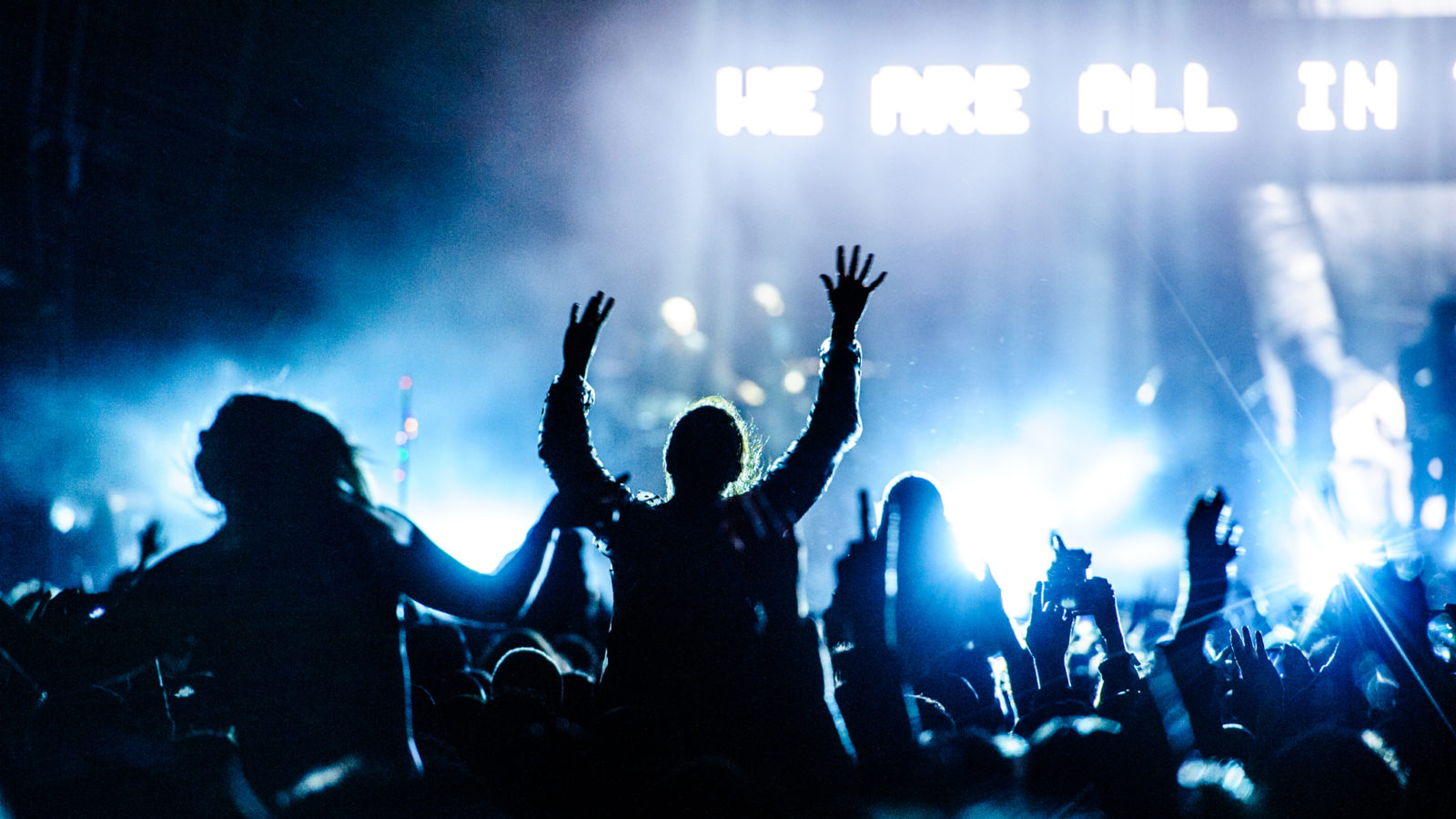 Massive Attack’s gigs on Friday and Saturday in a huge temporary 14,000-capacity arena coincide with the publication of a new book looking at the band, their Bristol roots and global political outlook.

Until Bristol gets our long-awaited arena, the city’s biggest bands such as Massive Attack will either play in outdoor venues like Queen Square and the Downs like they did in 2003 and 2016; or be forced to build their own venues like the band are doing this week as they celebrate the 21st anniversary of the release of their seminal album Mezzanine with two shows on consecutive nights at the ‘Steel Yard’ on the former Filton Airfield.

The gigs promise to be a completely new audio and visual production designed by Robert Del Naja, using custom audio reconstructed from the original album’s samples and influences. It’s a unique response by a band not known for doing things the usual way. Last year, they encoded Mezzanine into DNA and later made a limited number of spray cans containing the DNA-encoded audio within matt black paint, with each can containing approximately one million copies of the album.

Work in progress for the custom built venue ‘Steel Yard’ on Filton Airfield! The venue will house a special hometown show for Massive Attack as part of their MezzanineXXI tour on 1st and 2nd March. pic.twitter.com/sxNXUFFUEq

Among the audience in her adopted hometown will be French-born journalist and writer Melissa Chemam, whose book about Massive Attack published originally in French in 2016 will finally be published this month in an English translation for the first time, bringing the story right up to date with the breakout success of Idles.

Melissa appreciates the irony of a Frenchwoman writing the so-far definitive telling of Bristol’s biggest band and delving deeply into the city’s musical heritage. But she also believes that it was her ‘outsider’ status that enabled her to get access to some of the key players in the story who were (on the whole) more than happy to tell her their own parts of a complex story.

One of Melissa’s earliest exposures to Massive Attack was seeing the video to Protection, which was directed by French filmmaker Michel Gondry. Melissa remembers thinking how much more “futuristic” than any other band at that time Massive Attack sounded, “but it was not the type of band where you had a poster of them or you knew their names or you were a fan of them as people, it was more about the atmosphere… so it was an intriguing, mysterious world for me”.

So Melissa became a fan, but a fan content to wait years between album releases, she explained to Bristol24/7 over a coffee at 404 Not Found at the bottom of St Michael’s Hill; a cafe which in a previous incarnation was Wild Bunch hangout Special K’s, close to both the flat of Grant Marshall and famous former club The Dug Out, where the Wild Bunch – the loose collective out of which Massive Attack would spawn – made their name.

In the summer of 2014, in the midst of another long period between new material, Massive Attack played as part of the Fete de l’Humanité in France, raising money for refugees in Palestine and elsewhere. “It came as something quite striking to me that those guys weren’t promoting anything, hadn’t had an album out in four years – they had had 20 years of fantastic career but been very discreet at the same time. And there they were, doing something extremely engaging and catching up with world news, getting it all.”

A music journalist friend of Melissa’s had asked her to work on a book project about a French story, but she politely declined – instead offering her own idea about writing something about Bristol, connecting the city’s Caribbean roots, power, music and art and politics. The first person that she managed to talk to as part of the research for the book was Del Naja, aka 3D. Later she returned to Bristol where she spoke to long-time Massive Attack producer and collaborator Neil Davidge; and later still met Tricky in Paris before he played a show at Le Bataclan.

“I was not from here,” Melissa explained. “But I was genuine, I was not trying to make a big commercial thing about them, I wasn’t asking them to sign anything or to give me photos, or to do the official biography. They all understood it would have my own point of view, very much linked with the social background and the political history of Bristol and the UK.” 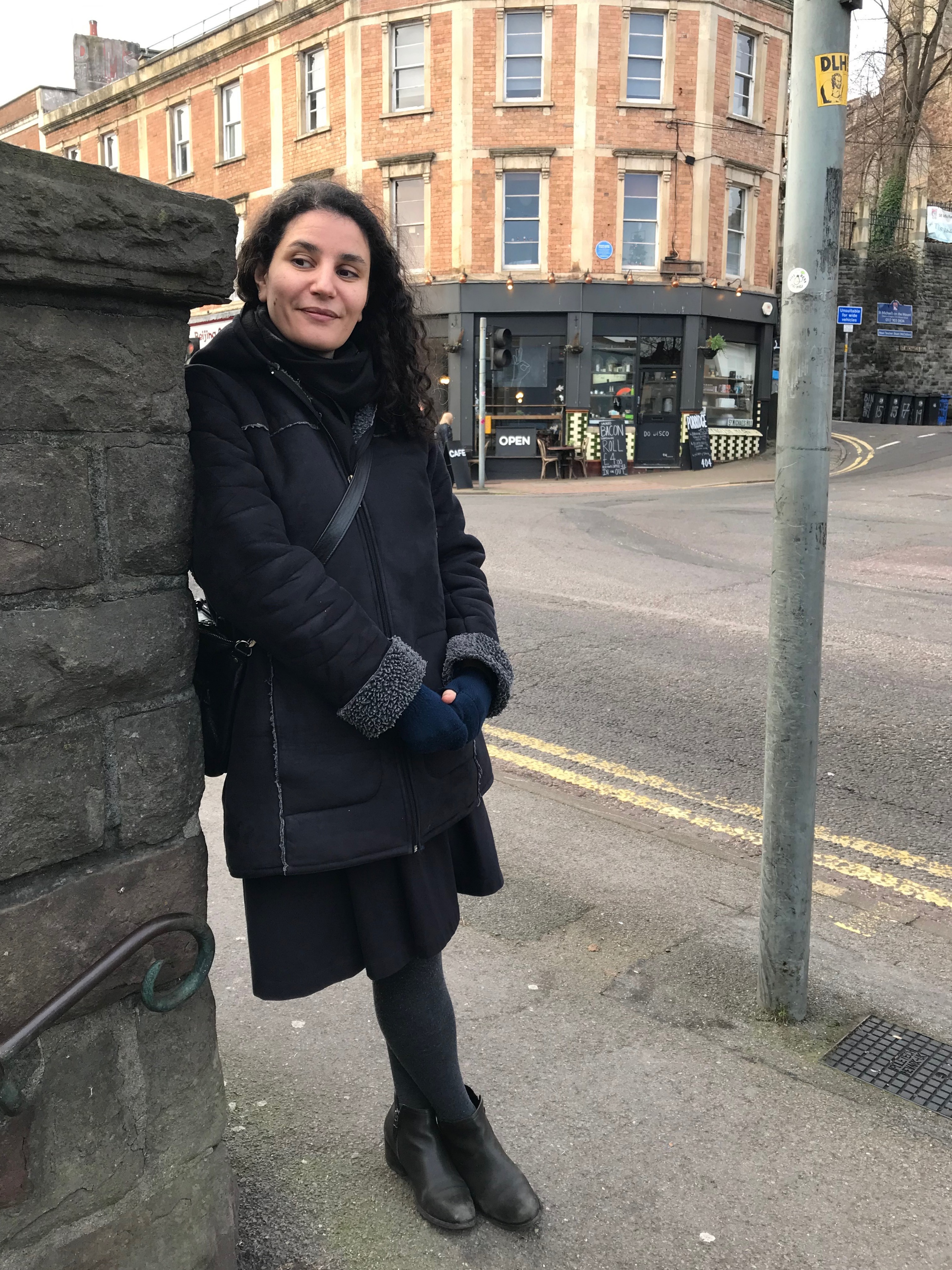 The original aim for the book, Massive Attack: Out of the Comfort Zone, was to show through the prism of Bristol’s music scene how much the UK had changed, and how much immigrant culture – once in the background – “finally got to be the superstars”. Melissa’s parents are from North Africa so in a way she shares a bit of this same story, having grown up in Paris during the 90s which had a hip-hop scene mainly based on sampling that soon left the banlieues for the mainstream.

For Melissa, Bristol has a “complicated relationship” with Massive Attack. Speaking as a fan, she thinks of them as a band whose every album like it is their first, never resting on their laurels or replicating some of their most commercially successful work – of which Mezzanine is the prime example. It’s somewhat of a paradox therefore that for the first time with this month’s shows in Filton (part of a UK and Ireland tour), 3D, Daddy G and co are harking back to a different era.

Del Naja said that “it’s going to be a one-off piece of work; our own personalised nostalgia nightmare head trip”, with Melissa admitting that she was “a bit surprised” that Massive Attack wanted to celebrate the anniversary of Mezzanine, with the tour featuring Elizabeth Fraser, who performed vocals on three tracks from Mezzanine and toured with the band in 2006. “First of all it’s the album that almost destroyed them. And then, they’re very anti-nostalgia.” And playing in a purpose-built venue? “I know! This is the thing I like about them, they’re a bit funny.”

The band famously boycotted the Colston Hall due its name being associated with notorious slave trader Edward Colston, and led calls for the venue’s name to be changed. Del Naja also came out publicly in support for the need for a city centre arena, releasing a statement last year that said: “We need an arena that belongs to Bristol, that is at Bristol’s public transport hub and contributes to city centre life. Something that the city can be proud of, that will inspire future generations of musicians. Rather than going back to square one with an untested plan for a big shed in a car park in the suburbs.”

While Melissa was writing her book and in the time it took to secure its publication in English, Bristol’s arena saga was a similarly long drawn-out process, but one that unlike the book is still to reach a conclusion. “The band were very supportive of the idea of having an arena in Temple Meads,” Melissa said. But this idea that everyone wanted was completely sabotaged. It was completely betrayed. It was obvious that people want it. Maybe it was too expensive, but it was promised for 15 years and finally it’s not going to happen. We’re going to have students that are Londoners sat in front of Temple Meads station instead. It’s the worst decision I’ve ever heard. What can you do? I understand that a stadium might sound like luxury, but it’s still music and sport, it’s what can join the south and north of Bristol.”

Massive Attack have long been spoken of as the ideal band to play the first show at a future Bristol Area, but Melissa thinks that arena shows do not show them at their best. In the year that Massive Attack played on the Downs, she saw the band play eight shows, including in a tiny venue in Dublin, then in Paris twice including Zenith – “the perfect venue for them”, what she describes as a bit bigger than the Roundhouse – as well as in London’s Hyde Park, her highlight of that particular tour.

For the book, she spoke to dozens of people. “I see it as just collecting the truth and putting it together. It’s really crazy that no one did it before me. I’m really proud that I’ve helped, and I also know that some people have reconnected because of it. Because I met so many people. They were talking to each other, like, ‘Have you met this weird French writer?’”

Massive Attack are playing at the Steel Yard at the former Filton Airfield on March 1 & 2. Massive Attack: Out of the Comfort Zone by Melissa Chemam is published by Tangent Books on March 4. Melissa will be launching the book with a talk and a DJ set by Queen Bee at Rough Trade on Nelson Street on March 2 from 2pm.

Read more: 25 things not to say at a Massive Attack gig