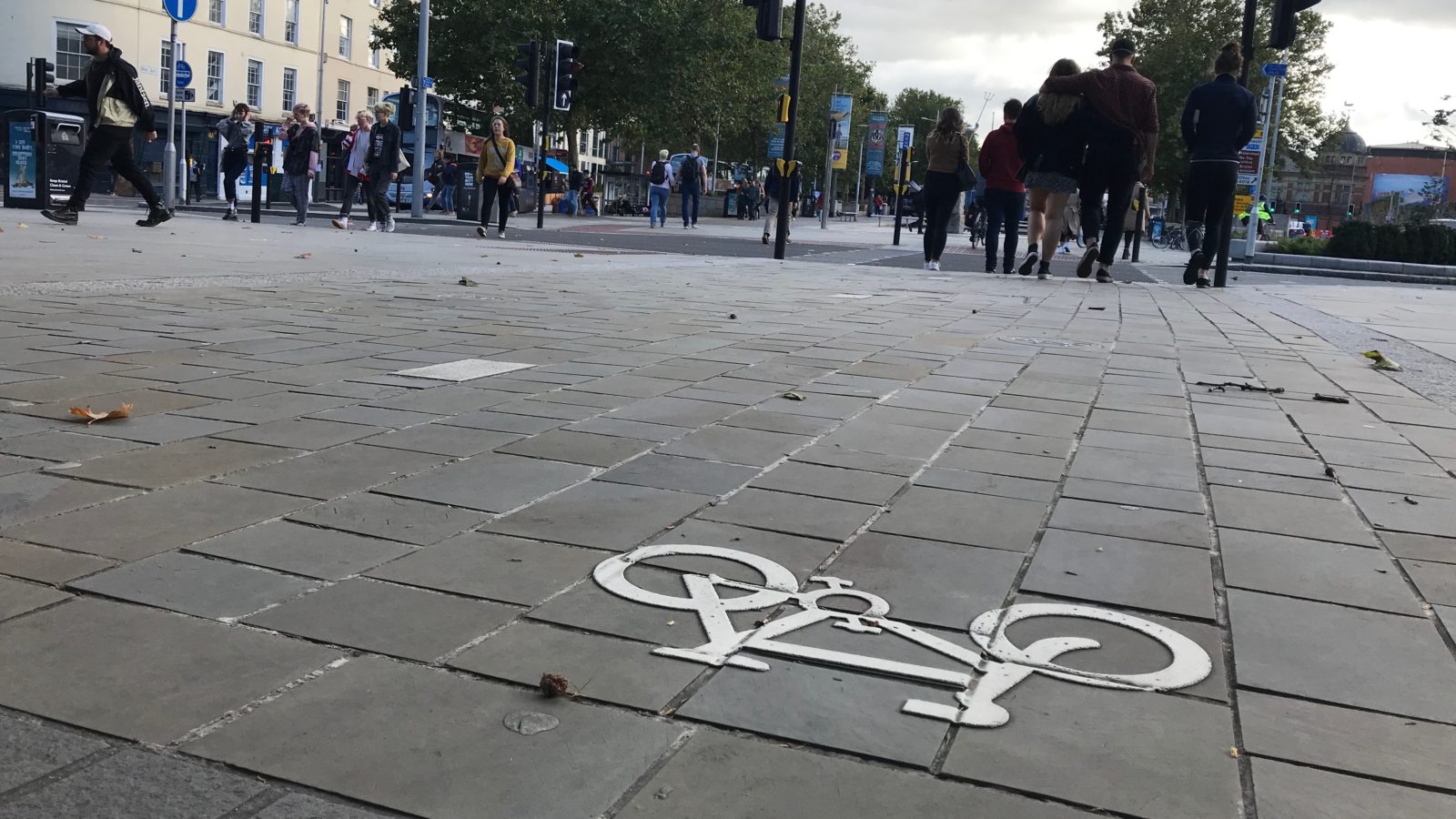 The official Temple Quarter Twitter account recently gave themselves three applause emojis for the completion (only a year behind schedule) of a new crossing that links across Bath Bridge.

Pedestrians and cyclists now need to wait for four sets of lights to cross in a straight line from Clarence Road to Cattle Market Road.

Another crossing is now open at Temple Gate 👏👏👏
This one links across Bath Bridges roundabout 🚶‍♀️🚴‍♀️🚶‍♂️🚴‍♂️#feelgoodFriday #Fridayfeeling #happyFriday #Bristol pic.twitter.com/CfrvBEDEL1

The missed opportunity here is that there are segregated cycle lanes on either side of this crossing and it is this type of infrastructure that Bristol needs more of.

Take the new segregated cycle lanes along Baldwin Street and Prince Street as good examples of what can be achieved. I’m happy to allow my four-year-old daughter to cycle with me here.

And yet both of these lanes end of up on the centre where things get downright dangerous.

The main problem on the centre is that there may be cycle lanes but it is not clear at all to most people where they are. Even when I am on foot through the area, I find myself accidentally walking or standing in the cycle lanes.

The signage is just far too small and subtle to delineate the walking areas and cycling areas; and shared space just does not work because it puts pedestrians and cyclists into conflict.

Like the new crossing over Bath Bridge, pedestrians and cyclists are lumped together. And this is only exacerbated when the cycle lanes are used as car parks:

Bristol West MP Thangam Debbonaire agrees that the centre is dangerous for both cyclists and pedestrians.

She recently tweeted: “Cycle and pedestrian lanes do not work for cyclists or pedestrians, dangerous for both. We need physically separate space for everyone’s safety.

“The centre is dreadful for cyclists and pedestrians – exactly the opposite of what a town/city centre should be.”

Lessons need to be learned from the disaster that the reconfigured centre has become where aesthetics have trumped practicality.

Bristol became the UK’s first Cycling City in 2008 but more than a decade later much of our cycling infrastructure – even the new bits – remains an embarrassment.

Martin Booth is the Editor of Bristol24/7