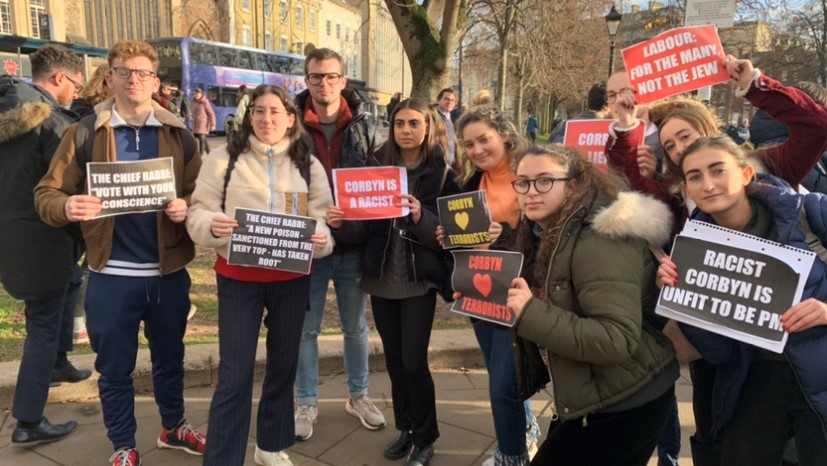 I was one of 40 Jewish students from the University of Bristol who protested against Jeremy Corbyn last year when he spoke on College Green.

Keir Starmer’s decision to suspend his predecessor from the Labour party has vindicated all of us who stood up to Corbyn that day.

That afternoon on College Green was not a pleasant one. While protesting racism and anti-Semitism in the Labour party, my friends and I were called “dirty Zionists”, “Tory operatives” and “friends of the media”.

People excitedly told us there was no issue of anti-Semitism in the Labour party as it had all been manufactured by the ‘Zionist media’.

However, for me, the mindless abuse received from strangers was tolerable. It was much worse when seminar-buddies and lecturers, teachers and friends brushed past our protest, avoiding our eye contact.

It was hard to stomach that people we knew were doing everything in their power to avoid associating themselves with us and our cause.

It made me doubt everything. It made me feel like campaigning against anti-Semitism in public was ‘dirty’ and ‘inappropriate’.

It wasn’t just trolls who were ignoring our concerns but trusted colleagues and classmates. People turned away from the Jews in the Bristol community when they were most vulnerable, and it hurt.

Leaders in the wider Bristolian community also sidelined the concerns of Jewish students in order to support Corbyn’s Labour party.

Mayor Marvin Rees and Bristol West MP Thangam Debbonaire shared a platform with Corbyn that day and hailed him a great leader.

Though I understand many people voted Labour in spite of Corbyn for a range of incredibly important reasons, on College Green people cheered and applauded Corbyn, a man who allowed anti-Semitism to spread unchecked in his party.

On that day very few people were willing to stand alongside Jewish students to proudly, publicly, and unconditionally support their fight against Labour party anti-Semitism.

Starmer’s decision to suspend Corbyn from the Labour party has vindicated all those protesting him when it really wasn’t very popular.

Starmer has exonerated all those who were made to put up with dirty looks and awkward conversations in left-wing spaces for months leading up to the 2019 general election. 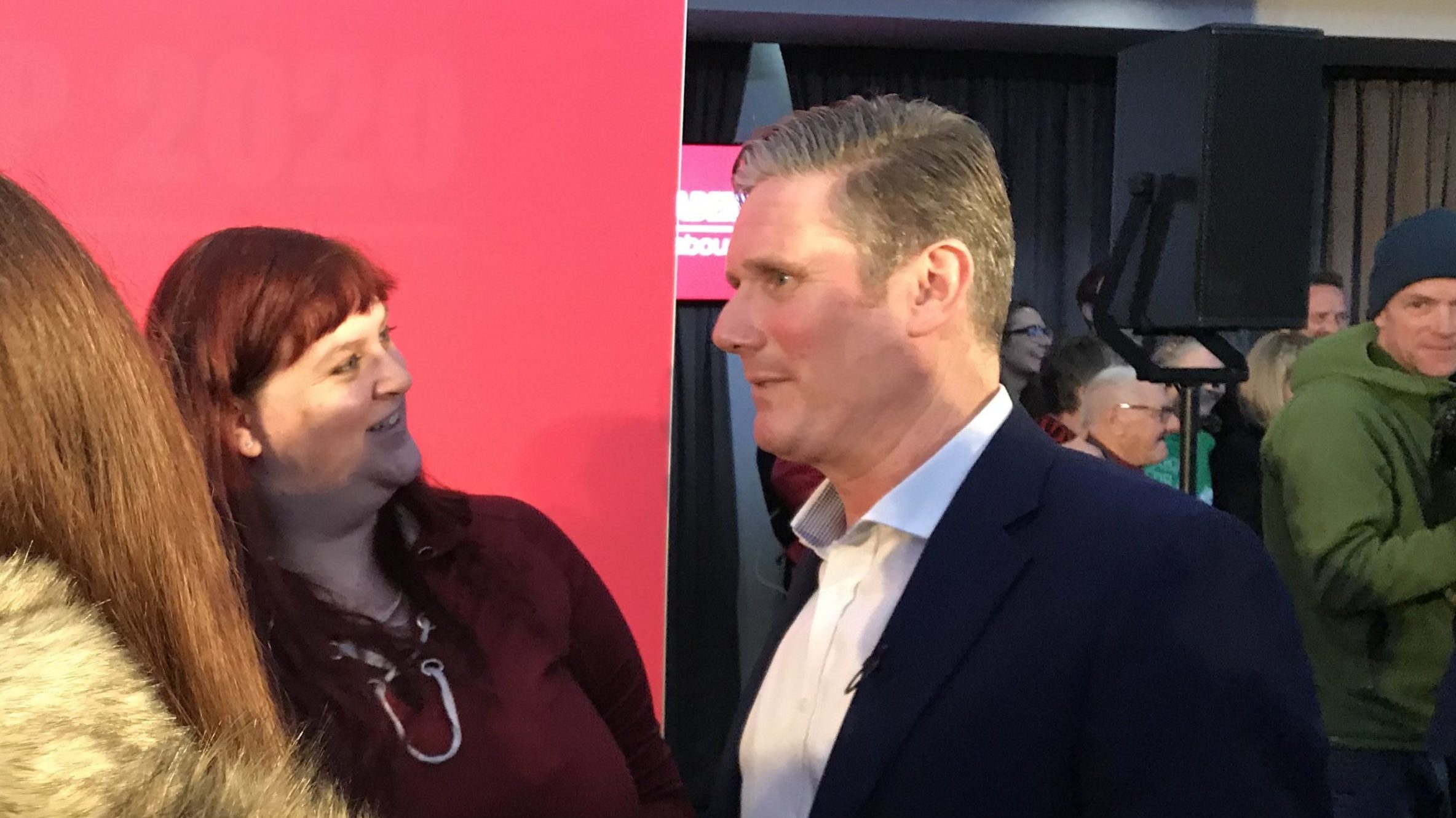 There are still those denying the findings of the EHRC and defending Corbyn, but I am confident now, those people are on the fringes of UK politics.

I am excited by the prospect of voting on issues I care about, like the NHS and economy, instead of voting for party that makes me feel the least threatened.

I hope that this decision will teach people that standing up for what is right is more important than doing what is popular.

Starmer’s zero-tolerance approach to anti-Semitism is starting to rebuild trust between the Labour party and the Jewish community.

I hope he is successful in his endeavour however I think very few Jewish people will forget how many decided to turn away and ignore anti-Semitism; I certainly won’t forget what happened on College Green anytime soon. 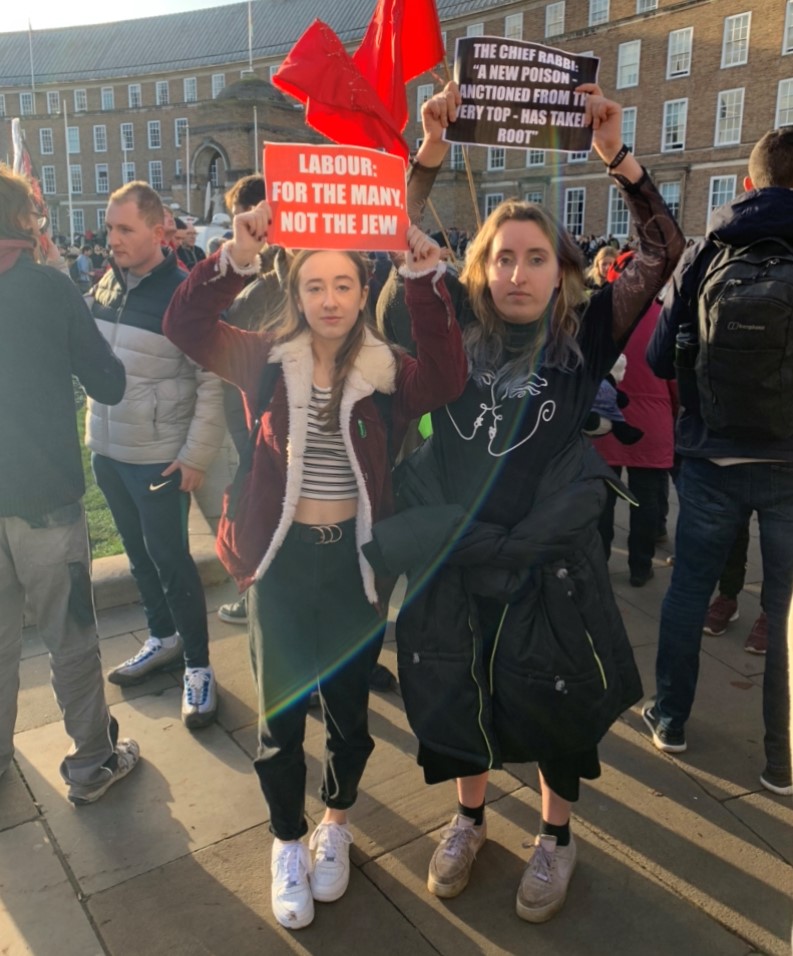 Sabrina Miller (right) was part of a small group of University of Bristol students protesting against Jeremy Corbyn during his visit to the city in December 2019 – photo: Sabrina Miller

Read more: Video: Corbyn supporters at Bristol rally on why they are voting Labour