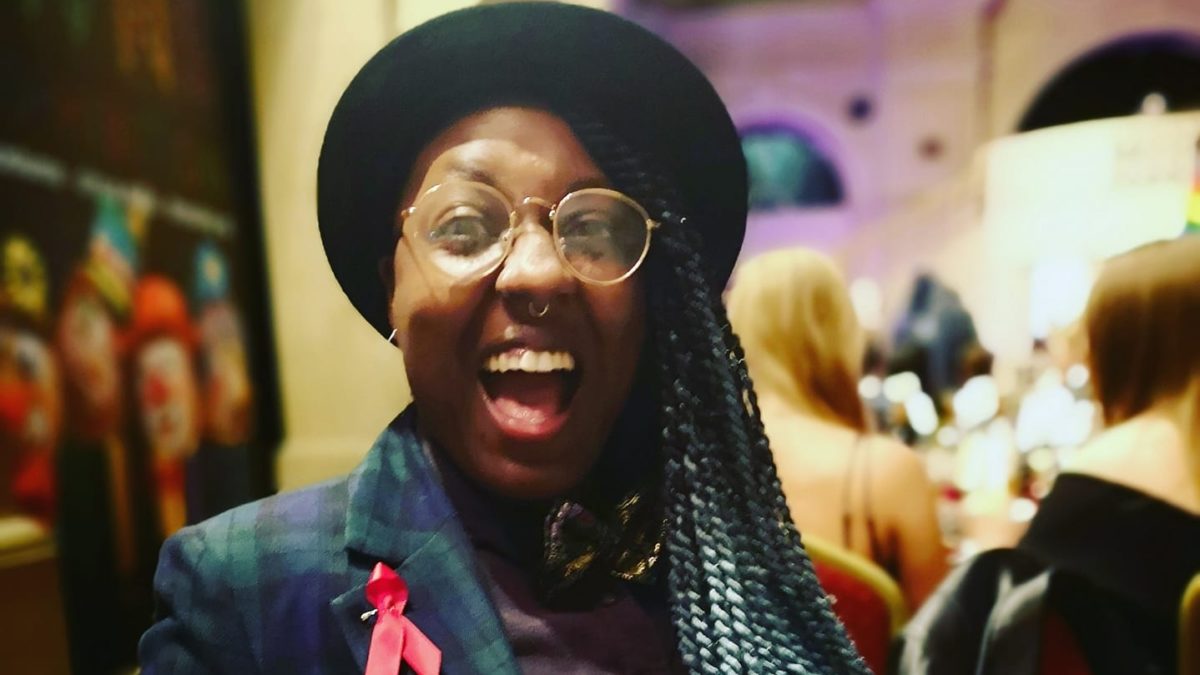 The queer scene in Bristol is great because we finally have options and really bloody good ones too! There is a strong mix of varying groups and events that represent and include different interests and people. Lots of people on the queer scene are doing much needed amazing work and being great allies and activists to our intersectional community. 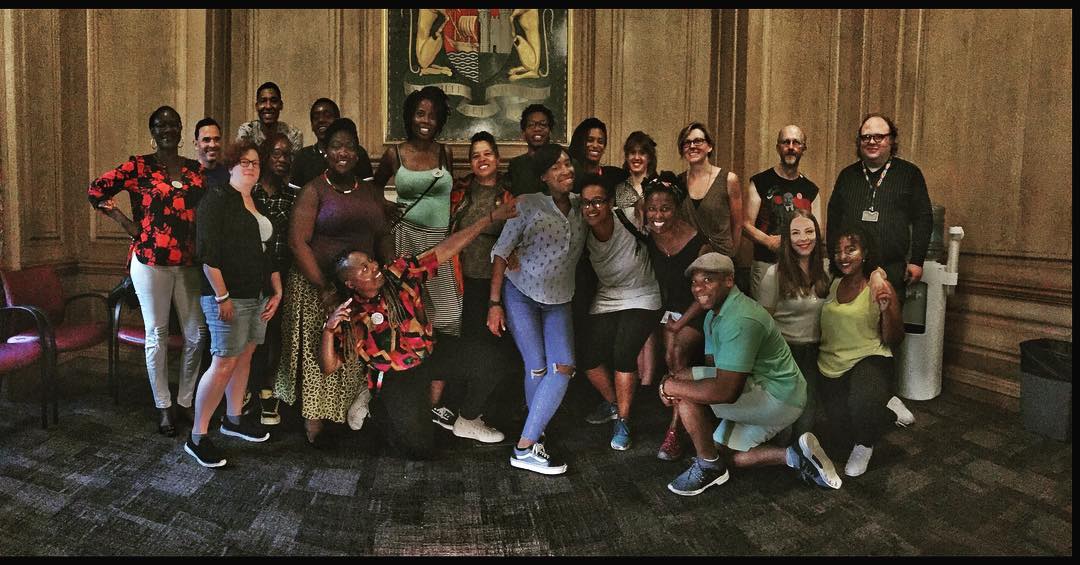 Sharifa and members of Kiki, a group for queer people of colour. Photo thanks to Kiki Bristol

Bristol has improved vastly from when I used to go out, I identified as gay woman back then and regularly hung out on the LGBTQ+ scene, which is a very different to the queer scene, and as a gay kid in the mid to early 2000s we had limited options in where to go – Flamingos or Vibes were the main clubs back then and both were problematic.

But as a young gay kid you want to be amongst the scene because it’s shiny, new and exciting. The music that was played in those spaces never represented me and the spaces weren’t safe or inclusive. I encountered countless verbal racist abuse and general hostility.

There wasn’t many people of colour on the scene back then, only small handful of us. I stopped going out in Bristol and travelled to Birmingham’s Nightingales nightclub where they held a  R&B night which attracted people who looked like me and the general vibe was much more inviting for a black gay person.

It can still be difficult because of the political climate there isn’t enough investment in support for LGBTQ+ people. Marginalised communities are having to support each other with no funding, we mostly do this through safe inclusive spaces but we can only do so much as individuals and groups. We need more investment, especially now.

As one of the co-founders of Kiki, along with Peta Shillingford, Linda Devo, Lara Lalemi and Edson Burton, we created a space that was non-existent in Bristol before, carving out space for LGBTQ+ BAME people and people of colour in the queer and LGBTQ+ scene.

We explore what blackness and queerness means to us and hold various events from LGBTQ+ BAME short film evenings, safe and inclusive nights packed with black artists and music inspired from our cultures.

Kiki also holds QTIPOC (queer, transgender and intersex people of colour) exclusive evenings and collaborating with institutions which historically haven’t held space for people who look like us.

I have worked with LGBTQ+ over 50s for the past 16 months has been a great experience. The mere fact that the job was funded as part of Bristol Ageing Better in the first place is a sign that things are getting better for marginalised people within the LGBTQ+ community.

My job ends March 31, 2020 and I’m hoping to leave a legacy of support, visibility and representation for LGBTQ+ over 50s in Bristol. 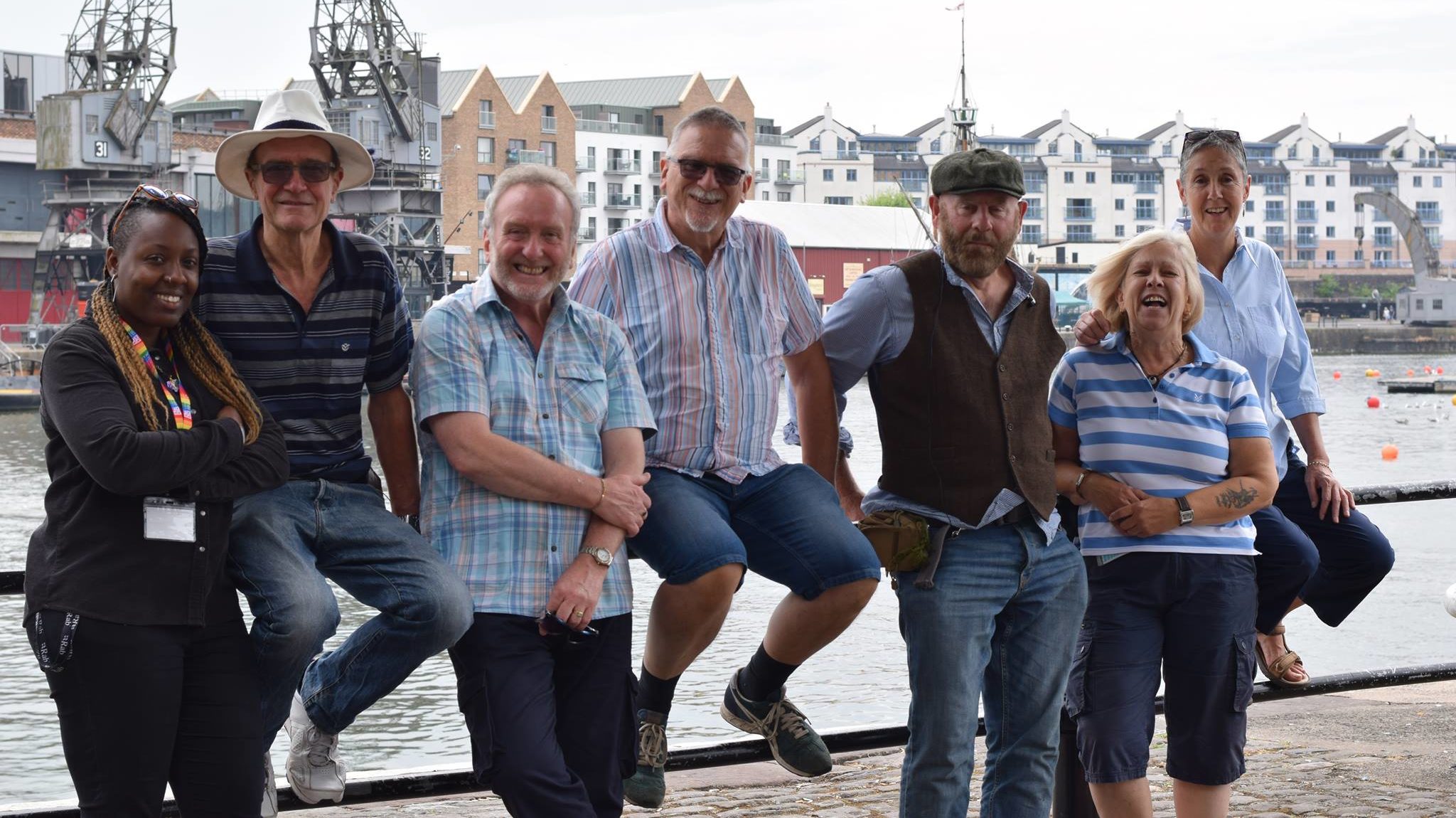 The queer scene is good at being inclusive but of course there is always work to be done. But people, for the most part, always seem happy to learn and understand groups outside of their perspective and identity.

Being a queer person has struggles in the wider world, as one can imagine, especially being a queer, black, outspoken woman.

But Bristol is a mini haven for many queer folxs*. I’m proud of Bristol’s queer community and I feel like we are just getting started though and becoming an option among places like London and Berlin for our eclectic queer scene. It’s grown a lot over the past 11 years and it’s so nice to see – watch this space!

I feel privileged enough to live here and to have a community that put in the work and shows up for some of the most vulnerable people in our community. To me, being queer means complete freedom and full autonomy over my sexuality, sensuality and my body.

*A variation on the word folks, folx is a gender-neutral way to refer to members of or signal identity in the LGBTQ+ community.

Sharifa Whitney James is the LGBT+ community development officer for over 50s at Bristol Ageing Better and a founder of Kiki Bristol.