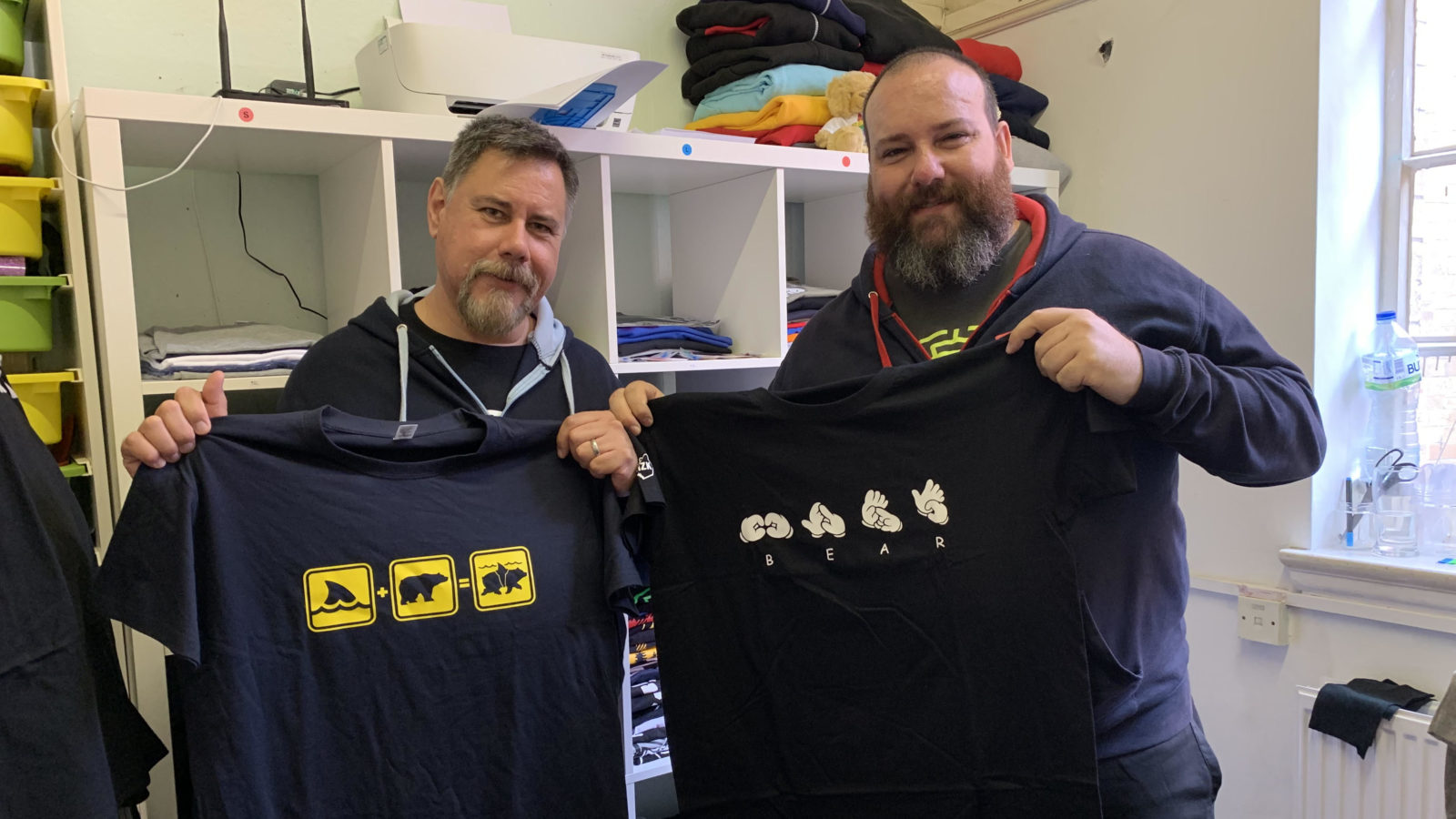 The last few years have really seen the queer community in Bristol flourish, particularly as the wider-population gains a greater understanding of what LGBTQ+ and queer is all about.

All three members of HARTZAK/Fierce Unicorn are gay and come from diversely different backgrounds ,with Kike growing up in the Basque region of Spain, Alex in Mexico City and Steve in the UK.

In the ten years that we have known each other, we have been extremely proud that Bristol has been the city that has gone from having no Pride celebration at all to being voted one of the top Pride destinations in the EU. That is amazing to see – a true testament to the hard work of all the people who organise, run and take part in it.

Seeing LGBTQ+ venues (some pre-existing, some not), do everything they could to encourage the coming together of the different aspects of the queer community was fantastic. Our business has brought us into contact with a lot of the venues and organisations that help and support the community and to be associated with those is an immense source of pride for us.

When we have attended Pride events in the last two or three years, we have been really wow-ed and heartened by the confidence that young people particularly have shown in identifying themselves LGBTQ+ – in no small part because families, local communities, educational environments, etc all have a greater sense of enlightenment and are therefore able to show greater support.

It has also been very noticeable in the last 12 to 24 months that big, well-known brands, ranging from vodka to bathing products have all launched some form of product and associated advertising campaigns to attract and connect with LGBTQ+ consumers and this has helped raise awareness of related matters to a wider consciousness. 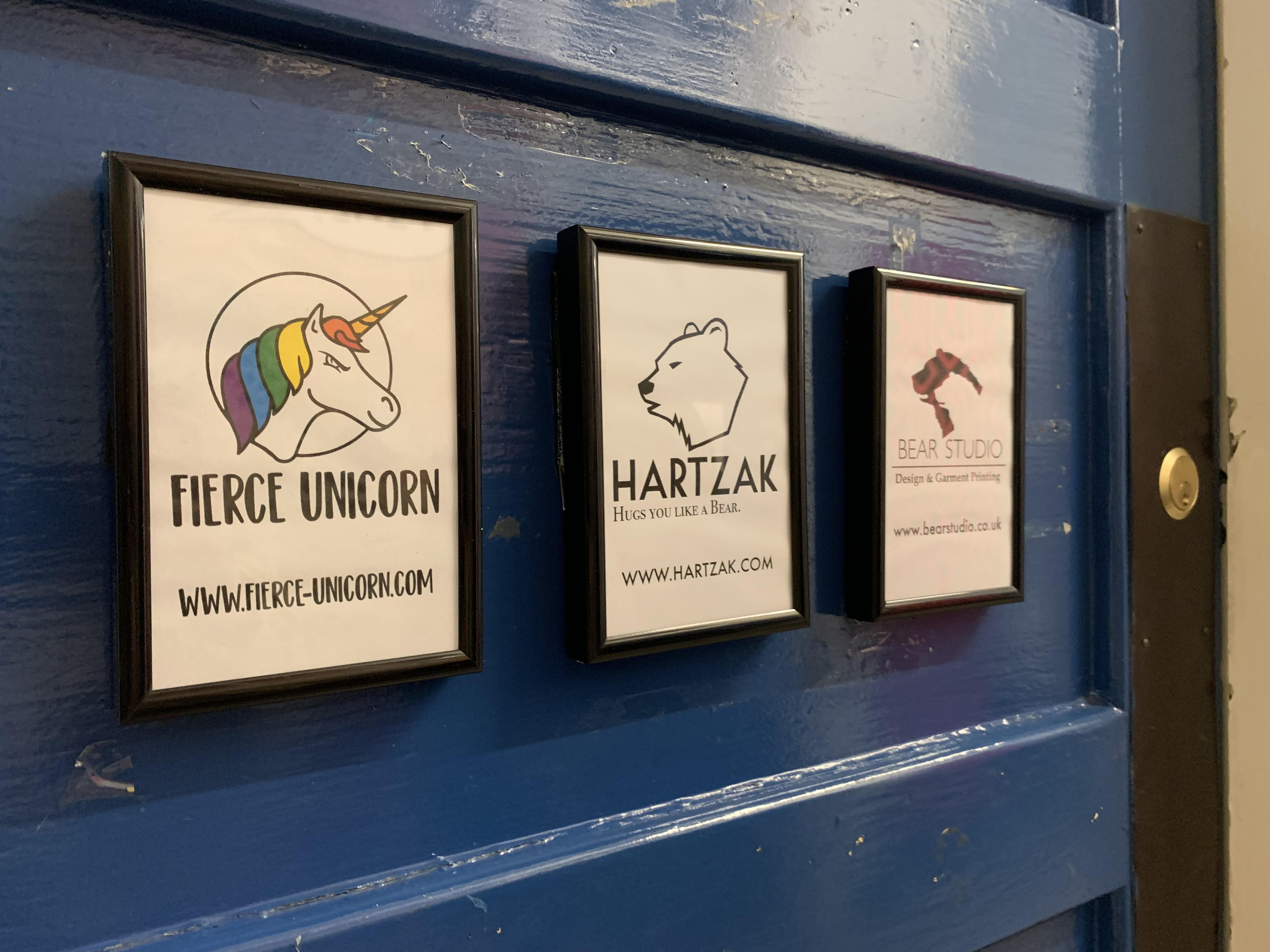 Kike, Alex and Steve give their views on being LGBTQ+ in Bristol. Photo by Kate Hutchison

HARTZAK and Fierce Unicorn are businesses, of course, and our primary motivation is to make products that consumers find interesting and that they would want to show to others. Because there is a prevalent bear representation in Bristol and around the UK, we see evidence of our designs proving popular with customers through social media channels and it is always great to see your designs being worn by people of love them.

However, something that is a very big deal for us is being told by our customers how one or more of our designs have connected with them personally. We remember particularly an instance about two years ago at Bristol Pride, when we unveiled a t-shirt design representing a figure, sat in a wheelchair, with the space inside the rim of the large wheel filled with the colours of the LGBTQ+ rainbow.

We wanted to do something to show that disabled queer people were a part of the community we were thinking about, but we really had no idea whether we had set an acceptable tone and actually did agonise about whether or not to produce it, fearing that LGBTQ+ wheelchair users would be offended by it.

In fact, we received the polar opposite reaction because it was something, according to wheelchair users who approached us, that no one else was making that represented embracing who they were and as a result, we now have at least one wheelchair user who is a regular repeat customer because that particular design really spoke to them.

We think that society as a whole is really on a voyage of discovery with support, events and inclusivity. It is really encouraging to see such a huge coming together at events like Bristol Pride, when organisations such as Bristol City Council, Avon and Somerset Police and the emergency services all get the chance to showcase their LGBTQ+ members.

However, there are relatively few dedicated safe spaces where, for example, transgender, genderqueer or non-binary people can go. However, we suppose that that is entirely the point – true inclusivity by definition would mean that any space, anywhere should be a safe space, but we all know that it is not that straightforward.

Alex Galindo, Kike Areitioaurtena and Steve Kay are owners of HARTZAK and Fierce Unicorn, both of which are queer clothing companies.

Main photo of Alex and Kike by Kate Hutchison.