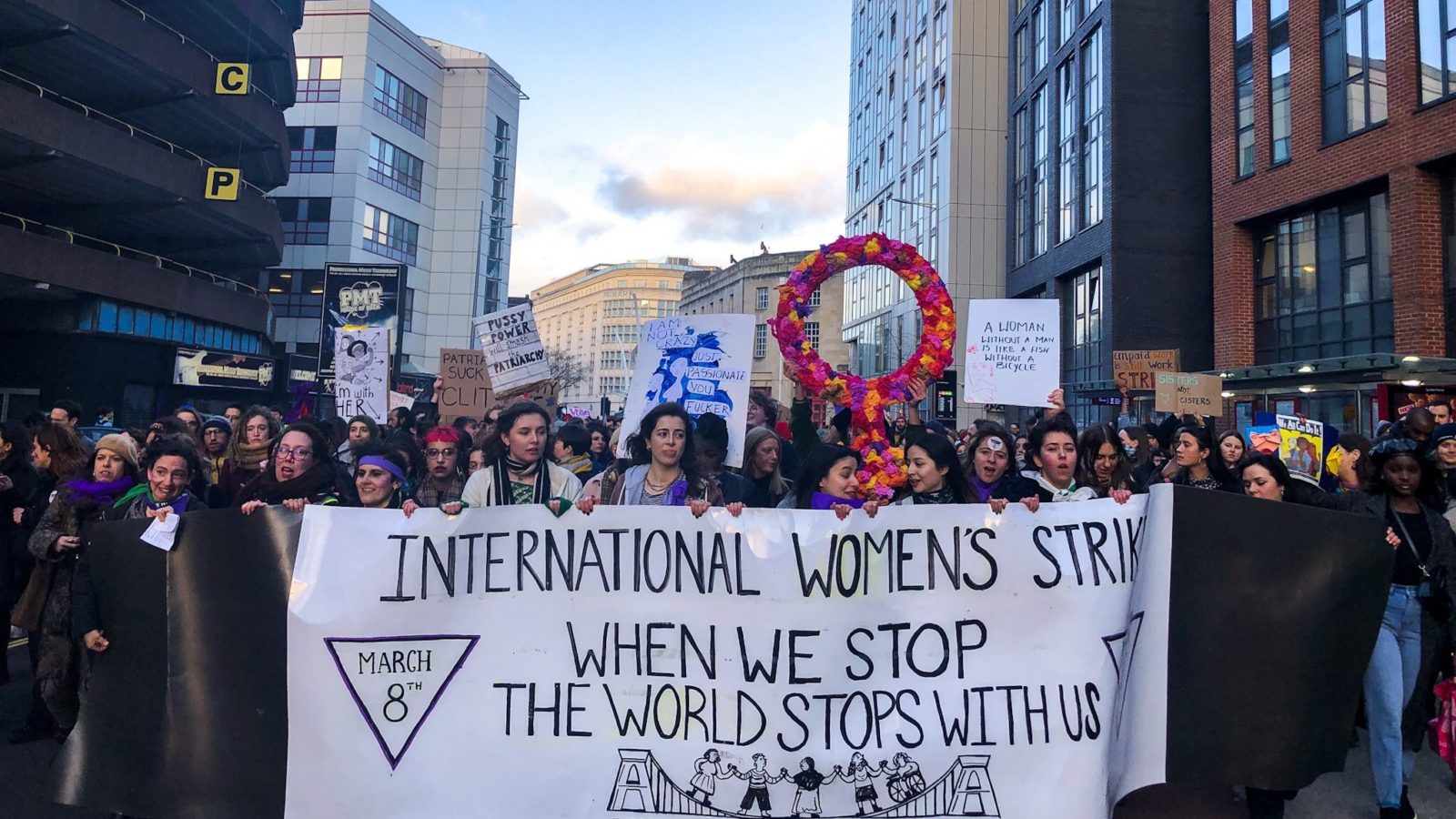 The theme for this years International Women’s Day was #EachforEqual, promoting ‘Collective Individualism’. It highlights that gender equality is not only a women’s issue, but it is an issue concerning everyone with the shared responsibility to aid its progress.

Bristol is no stranger to feminism as its herstory (her story not his story) archives date back to 1960 and, thanks to all the brave strong women, Bristol’s herstory has continued to grow keeping the city’s activist spirit alive. 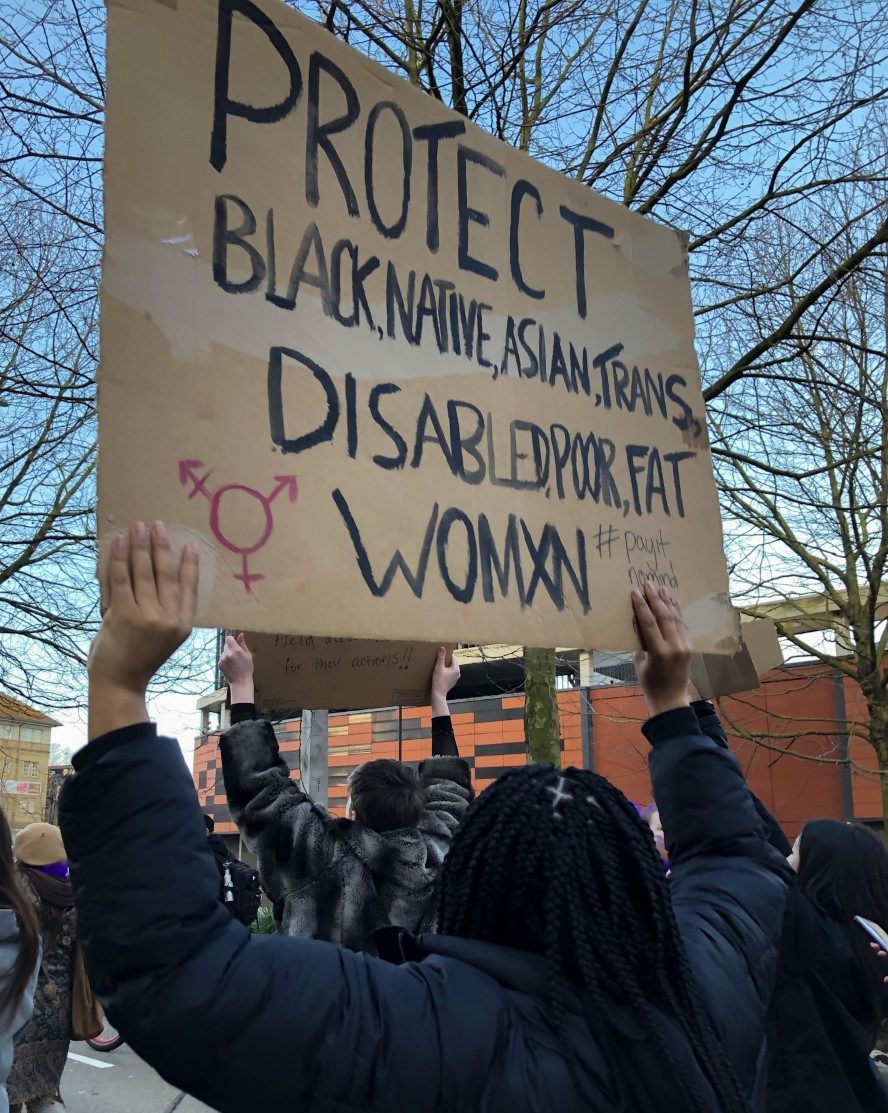 Excited to be part of the march, the atmosphere felt electrifying with women and men chanting various messages of protest and I of course relentlessly shouted so much I almost lost my voice.

“Mister, mister get off my sister!”

“Not the church, not the state women must control their fate!”

Women of different ages and from different backgrounds walked side by side from the centre through to Cabot Circus where a group of Chilean women performed El Violador En Tu Camino.

And at that moment more than ever, I appreciated the key importance of a feminism that promotes global sisterhood, as I could hear and see Latina women like me deliver strong messages ripping apart patriarchy.

Accustomed to feeling like I have to hide my Latinidad as a way to blend in and not to attract too much curiosity and attention, at that blissful moment I felt my identity as a Latina and British woman come together in one space.

El Violador En Tu Camino translates to The Rapist in Your Path and is a Chilean song and performance created by feminista collective LasTesis, who performed this anthem in November 2019 in Chile. The feminista anthem’s name was adapted from the Chilean Carabineros police force slogan, “The Friend in Your Path”, during the 80s and 90s.

After its first performance, El Violador En Tu Camino has since been performed by women across the globe, with Bristol making the list.

“Patriarchy is a judge that judges us for being born!”

Sharp messages addressing the violence against women cut through the air alongside dance and the sound of drums. It was a beautiful strong piece of activist art, much like our sisters across the globe. And, to my pride, a piece of art created and performed by other Latina women making my identity feel represented and valued, not ridiculed and hyper-sexualised like the countless negative media stereotypes of Latina women.

Furthermore, I can’t be the only one that thinks feminism can feel very fragmented at times, particularly due to its white dominance and its commodification selling a radical movement on expensive t-shirts produced by poor women in developing countries. See Dior’s ‘We Should All be Feminists’ £580 T-shirt as an example. 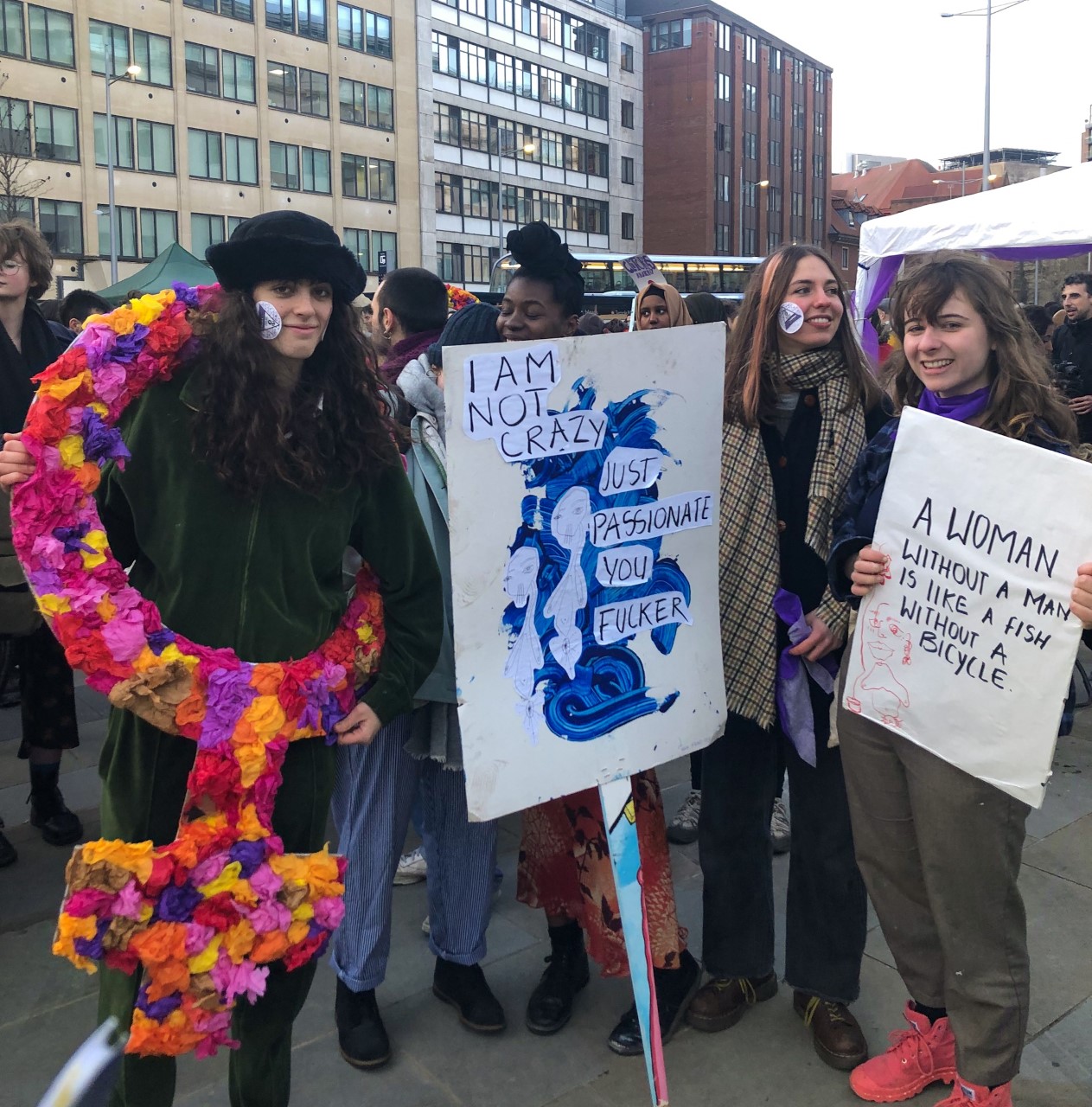 Women at the Bristol march

Nonetheless, at times the movement can feel like a bitchy girls club excluding certain groups of women, which only points to the crucial need for intersectional feminism; a movement that includes all women worldwide celebrating our differences and acknowledging our struggles.

Even when we come from a different culture, feeling like an alienated immigrant far from home amongst the turmoil of Brexit, we should all feel like we can rely on a global sisterhood that makes us feel like we belong and matter, just like how I felt during this years Bristol women’s march.

All photos by Ruby Lopez