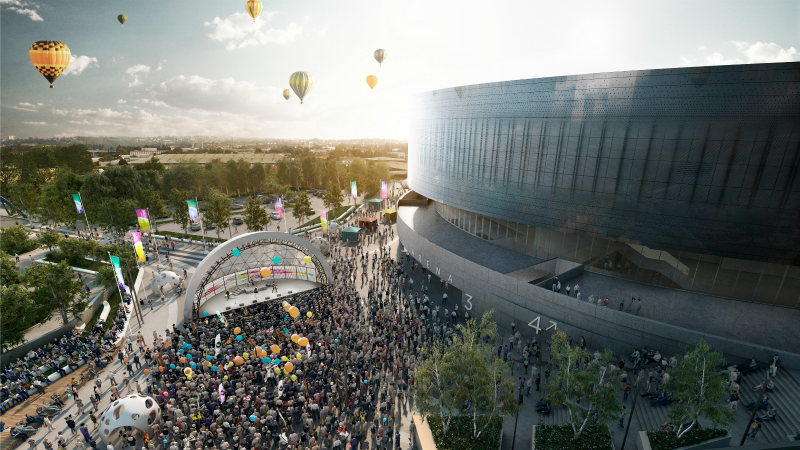 Bosses of Arena Island Ltd, the company seeking to build an arena near Temple Meads, have written an open letter to Bristol mayor Marvin Rees that was first published on Bristol Live.

Here it is in full:

We decided to take the unusual step of writing an open letter to you, Mayor Rees, because despite repeated requests over the last eight months for a meeting or phone call, sadly you have not been able to find the time to speak with us directly.

You have spoken at length in interviews and blogs about the need for the decision facing you and the council to be based on evidence and facts – we couldn’t agree more.

John Adams, an American founding father, said that “facts are stubborn things; and whatever may be our wishes, our inclinations, or the dictates of our passions, they cannot alter the state of facts and evidence”.

This letter deals with the facts with one opinion at the end.

The Temple Island site has arena planning approval, a contractor, a confirmed offer which the contractor has suggested can be improved with more work, and an improved offer from the arena operator – who the council already has a contract with after successful public procurement.

Costs have already been spent which won’t be recovered, but they have made the site ready for construction operations to begin almost immediately. It has also been widely accepted that the Temple Island Arena project is financially viable.

The table at the end of this letter shows city urban populations across the UK and the capacity of the arena where one exists in the city. As you will see the arena capacity procured by the council only four years ago puts it squarely in “Goldilocks” territory – not too big, not too small, but just right.

The SSE Hydro in Glasgow, with a capacity of 13,000, regularly appears in the top five arenas list worldwide – it’s about creating the ambience, vibrancy and excitement in a hall all year round and having repeat visitors – not having a big hall full on a couple of occasions and then lying half empty for the rest of the year.

Manchester Arena – which opened in 1995 – is the only UK arena which is privately run and privately financed.

All other arenas or the land they occupy have relied on public funding at one time or another and the reason why is simple. The economic benefit of spend from visitors doesn’t just sit with the arena. Pubs, clubs, restaurants, hotels and other leisure retail locations benefit from arena visitor spend and councils are usually best placed to make the arena investment to generate rent and wider council tax receipts from the economic benefit, which also supports social impact and employment in the city.

Having the arena located in the heart of the city so that these businesses can benefit is serving the community, the business taxpayers, and the city – in part, it is the reason why the last three UK arenas have been built in city centre locations, supporting city centre retail and leisure destinations which are already under pressure from out of town developments. The benefit is also shared equally by the whole of the city population because of the central location.

The council will borrow the capital costs to fund the arena construction using low cost finance only available to the public sector.

We, Arena Island Limited, and the Local Enterprise Partnership (LEP), will repay that debt – not the taxpayer. The LEP has already committed £65m funding to the project, which will be lost to the city centre if the arena project does not happen in the city centre.

AIL are prepared to make payments to the council for 35 years of arena operations, as well as looking after the building over that time so that at the end of the lease, the city and residents will own a fully maintained building for the next generation to enjoy. 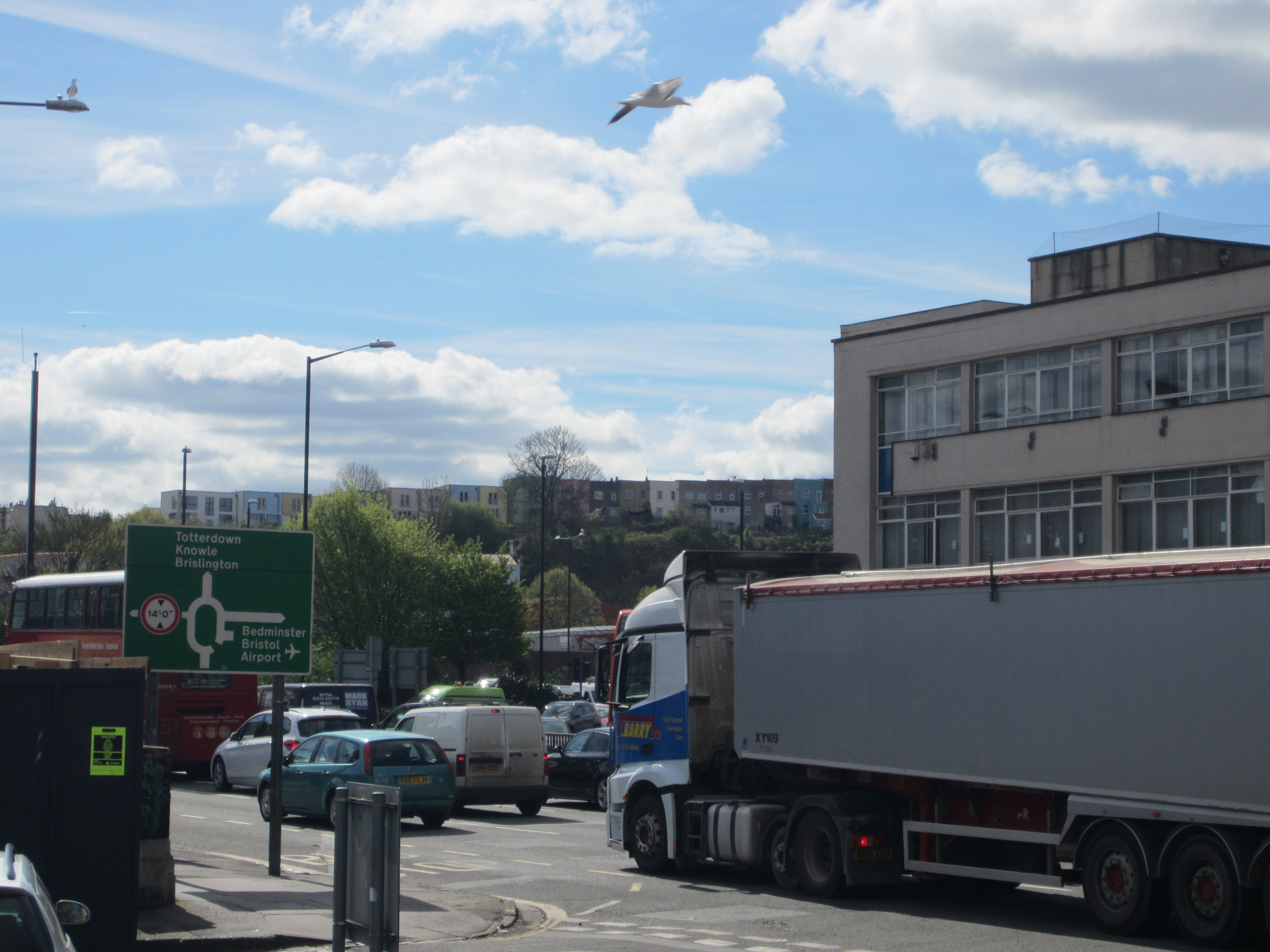 Concern over increased congestion has been a key element in debates

If anyone wants to cut down traffic congestion on an arena project then building it next to a mainline transport hub is the best choice you can make.

Building it in the city centre also sits well with that objective. The reasons are simple. Transport hubs are designed to bring people from home to the city centre and more people will choose public transport if there is good connectivity to get them to the arena and allow them to relax and enjoy themselves without thinking about the car.

Manchester Arena has over 60 per cent of people who don’t travel by car because it is right next to a train station and in the middle of the city.

Regeneration of the area:

The Temple Island site has lain derelict for years and is only coming alive through the catalytic effect of the arena project.

The economic impact calculations produced by KPMG for the alternative use are based on projected development use and employment figures provided by Bristol City Council executives, and not independently verified.

KPMG’s report on the alternative Temple Island use is scattered liberally with caveats like “high level review”, “limited data and information”, “significant degree of uncertainty”, “estimates based on discussions with BCC”, “early stages”, “indicative only”, “initial estimates” and “significant estimate risk”.

Indeed, the last paragraph of the KPMG report states “it should be noted that there is considerable difference in the stage of development of the plans for the propositions and the details on which the assessments are based. In comparison to the alternative development proposals for Temple Island, the Temple Island Arena is a well-developed project and as a result could be considered, at this point in time, to be more deliverable”.

We note with interest the timing and content of the press release regarding alternative use, which we assume has been developed with the council, undermining their own arena project, despite the scrutiny committee voting overwhelmingly to keep the arena on Temple Island.

In our experience there is a graveyard for these grand masterplans, which all too often fail to deliver because of market demand, funding, construction and regulatory hurdles. The release does seem conveniently timed to seek to justify the mayor’s decision.

The council and YTL both acknowledged in recently released emails that they have problems with state aid and planning for the site.

It is a sad reality mayor, that if you decide to abandon the Temple Island Arena scheme, in the mistaken belief an arena can be built in Filton, the people of Bristol may end up with no arena.

The process of trying to find and buy another alternative site would have to start all over again for the fourth time in Bristol’s recent history – this would be a reputational problem for the city as a place to attract investment, do business and create jobs.

Concern has been expressed that, as the council will borrow the funding for construction, the arena should offer a cultural dividend to all the people of Bristol, regardless of their music or other tastes. 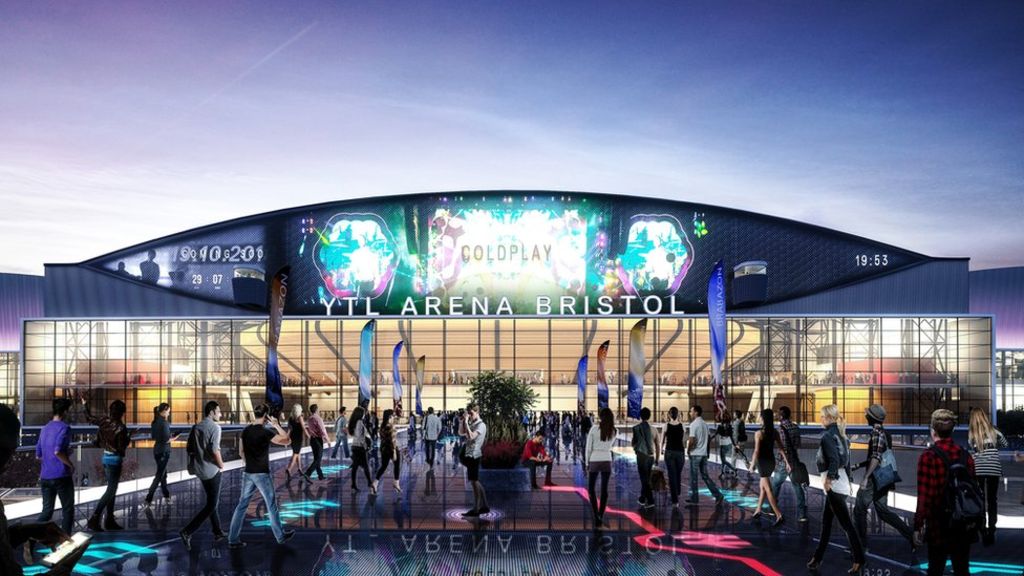 In our experience of operating these venues in cities across the world that is exactly what these buildings do – they are a metaphor for diversity and are all things to all people. From rock and pop, to family shows to comedy, operas, musicals, sports events and awards ceremonies and all musical tastes from young to old they are a connecting point that nurtures and develops the soul of a city.

They also put the city on the map when the city backdrop is the canvas for a major event in the arena – but only when the arena is in the city centre.

There have obviously been a lot of surprising revelations in recent weeks, and heated debate about where an arena should be located in Bristol and the choice of use for the Temple Island site. We know with certainty that the Temple Island arena can be delivered quickly, will generate social and economic impact and a cultural divided for the city of Bristol and all its people not just for this generation, but for generations to come.

Andrew Cooper, chief executive of Leeds Business Improvement District really captures the city centre benefit of an arena when he states: “Leeds city centre has benefited immensely from the first direct arena. Due to the central location of the venue it has brought visitors to the city centre and undoubtedly increased revenue for businesses, which has resulted in a significant and positive economic impact on the city. First direct arena has played an integral part in the strategic plan to improve the city centre for businesses and residents and is a key visitor attraction for Leeds.”

Mayor Rees – we hope that you will listen to the views of the people who elected you and overwhelmingly support a city centre arena, as well as the councillors (whose support for the Temple Island Arena scheme crosses the political divide), and make the right decision for the future of Bristol. It will be a very sad day for democracy and the people of Bristol otherwise. 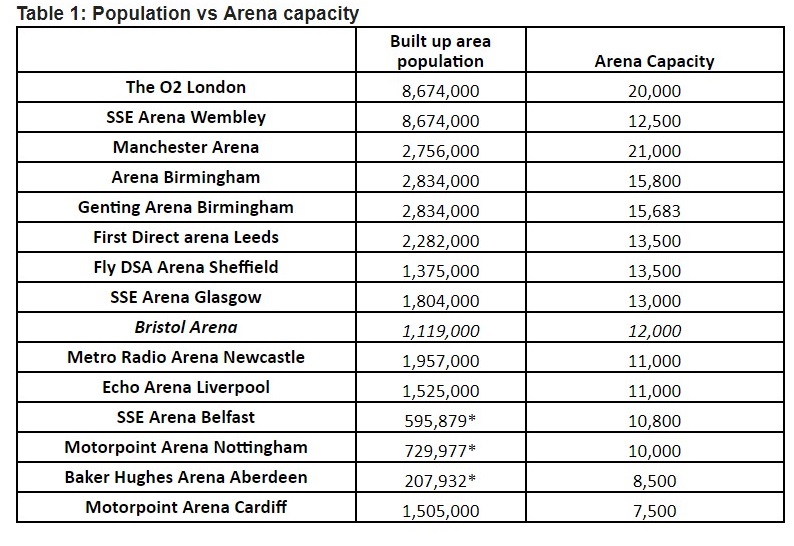