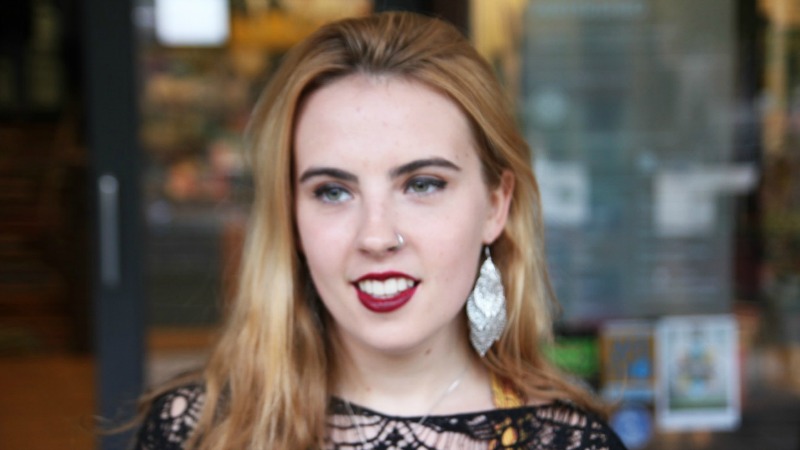 The UK is a shambles. When I was trying to formulate an intellectual metaphor to demonstrate exactly how much of a shambles we are, all I could think of was that iconic X Factor audition in which an infuriated girl elbowed her singing partner in the face. Many of us feel like elbowing vote leavers in the face as the rest of the world watches on in both horror and amusement (symbolised by the X Factor judges).

So that’s it. We’re a poor X Factor audition and we should just get back to our day jobs and never be heard from again.

Wrong. Imagine if that duo had made an impressive comeback with harmonies, sass and a whole lot of stage presence. It would have been iconic, commendable and respected. That’s what we have to do. Take the knock and make the comeback in fit sparkly leotards and a vocal range that would impress Beyonce.

It looks as though the political and economic landscape will be in turmoil for quite some time. A snap election is expected this or next year, which, in the current climate, doesn’t appear as though it will go very well for anyone. The Tories remain divided and are ultimately responsible for the collateral damage caused by the EU referendum. It was a Conservative civil war promoted to the national stage. Cameron thought he would win and unite the right once more but he underestimated the sheer scale of anti-establishment sentiment in the country. The UK voted for the side that appeared to be the underdog and opposed to the Westminster consensus.

Let me just take this moment to remind you that a campaign fronted by Boris Johnson or Nigel Farage and backed by Rupert Murdoch will never be anti-establishment. With vocal Leave voters regretting their decision due to the swift unravelling of lies that the campaign was based on and an apparent lack of course of action in the event of Brexit, it is likely that the right will face some backlash for leading our nation into darkness. And on the left, Labour have, typically, managed to create an internal party crisis that overshadows that of the Conservatives.

The only person who is coming out of this looking intact is Tim Farron and with a pledge to reverse the impact of the referendum if he wins at the next election, it will be interesting to see how many seats the Lib Dems can win back. In summary: unless you’re a Lib Dem, it’s all looking pretty bleak.

So where do we go from here?

Firstly, it is crucial that we all take a stand against the xenophobia that appears to be breeding in the hot, sticky post-referendum climate. Any racist slander must be questioned. In communities where fascists are organising, their actions must be countered. It is okay to be controversial at the dinner table if one of your friends, family or even an acquaintance makes an insulting remark that refers to somebodies heritage.

Earlier in the year, I put forward a case for talking to Islamophobes and I would now like to expand this to xenophobes, fascists and all those who make discriminatory remarks “for banter”. If you feel scared to call somebody out on spouting hatred then please do remember that, in the words of Desmond Tutu, “if you are neutral in situations of injustice, you have chosen the side of the oppressor”. We cannot afford to be passive and we must act now to ensure that our country isn’t defined by a rejection of foreign influence but by its embrace of multiculturalism. I would like to live to celebrate a St George’s Day without feeling uncomfortable about all the connotations of the English flag. It is time to reclaim our country from bigots.

Secondly, at the next election you must go out and vote. In particular, young people will be crucial to the next election because if the turnout of 18-24-year-olds is as low as in the EU referendum, it is likely that establishment politics will resume to the detriment of our generation. The gap between Remain and Leave was 1,269,501 votes. 75 per cent of 18-24-year-olds voted Remain.The estimated population of 20 – 24 year olds in 2015 was 3,806,471. It really does not take a political analyst to work out that we had the power to swing the vote but we ignored it. Whether that was due to a lack of political awareness or ambivalence is free to debate but what is certain is that post-EU referendum nobody can afford to be complaisant any longer.

If you know somebody who did not vote and potentially has not been informed of how Brexit is a disaster, go and speak to them about it. More importantly, use the EU referendum to demonstrate that their vote really does count. Then, make them register to vote (with a postal if they are unlikely to get to a polling station). If the people won’t embrace the democratic process, then we’ve got to make the democratic process embrace them. Participation is important because we need a government with the mandate to navigate us through the Brexit crisis, with a clear majority support.

Lastly, I want everyone to look forward to 2020. No matter what happens in the next few months and no matter how this hypothetical snap election goes, we can very feasibly be prepared to fight a good, healthy election in 4 years time. I want you to a join a party before then and get on the streets to campaign, recruit and participate. I’m not going to tell you who to side with but I am going to tell you that my party is Labour, and it will be Labour no matter what happens to Jeremy Corbyn. No party is perfect but all parties stand for something and so should you.

I want you to campaign on the issues that you care about most and eventually commit yourself to the party that represents you best. By campaign, I do not mean marching and demonstrating and shouting with placards, I mean promoting your cause in your local community and lobbying the people in office who are able to make real change. Direct action is good but strategy is even better as a message is often lost when it is shouted.

To cope with the post-Brexit blues we must reclaim our country from hate, encourage others to engage with politics and look ahead, because there is clearly no going back.

Ella is a sixth form student and activist who was labelled as a ‘challenge’ by the last mayor of Bristol.