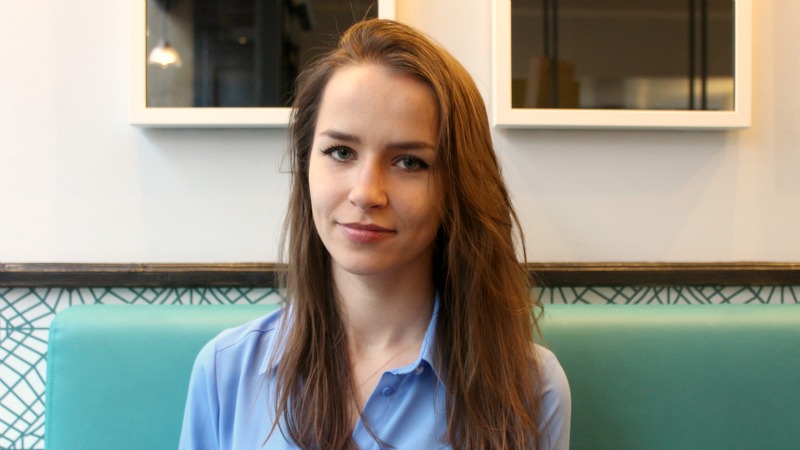 “People are more difficult than cats,” quips Ewa Rukat, pondering the recruitment process for her brainchild and current business project, Bristol’s very first cat café. No, she’s not kidding, and yes – that is her real name.

Ewa’s currently in the midst of a major crowdfunding mission to make her meticulously-planned business a reality, and she’s confident that she can raise the £65,000 she needs to open up You & Meow – a city centre café where you can sip a cappuccino and snuggle a furry feline for just £5 a head.

A seriously driven and level-headed entrepreneur at the tender age of 24, the Poland-born Ewa isn’t afraid to set up shop and go it alone in a city she’s only called home for six months.

Coming to the UK during study leave from the University of Warsaw back in 2012, she loved it so much that she decided to stay, managing to persuade the dean to grant her special dispensation to study remotely. The only thing holding her back was her lack of English – which three short years later is utterly flawless, by the way.

“If you want something you need to make sacrifices,” says Ewa, biting into her pain au chocolat at the disappointingly cat-less café she chose to meet at.  “I’m a very determined person. I know You & Meow will be successful because I’ll make it happen. This is my dream.”

At a loss one day after a year of working at various restaurants in London, Ewa decided she needed to find a job that fulfilled her a little bit more.

“I remember the day perfectly,” she tells me. “My goldfish had just died and I was so, so sad. I thought gosh, if I care this much about my pets I should probably start looking for a job that involves animals.”

A short Google search later she happened upon the website of Lady Dinah’s Cat Emporium, the UK’s very first cat café, which had opened up just a month earlier.

“I was determined to work there because it was perfect – a start-up where I could learn about each aspect of running a business, and a café full of my favourite animals. I eventually got the job after many rejections,” she laughs.

Deciding to move out of the capital some months later now that she had the experience and acumen she felt she needed, Ewa set her sights on a city she felt needed more cats in its midst.

“Bristol has a great vibe and it’s just really positive. I spoke to about 200 people on the streets just after I got here and they were all so excited about my idea for a cat café. That was the confirmation I needed.”

It’s fair to say Ewa’s done her research, visiting all five of the other cat cafés in the country as well as several in their spiritual home of Japan. She even adopted her own rescue pet, a Siberian named Aya, and has employed a Cat Behaviourist to help her choose the stars of the You & Meow show.

“It’s really important to me that all the cats are rescues that can be adopted by customers – it makes no sense to buy them when so many need homes. They all need to get on well and be happy.”

She’s looking ahead to her first human employees too, who she tells me need to be “fun, friendly and total cat-lovers” to make the cut. “CVs aren’t as important as personality,” she asserts.

“Recruitment will be the hardest part but I’m looking forward to it,” says Ewa, checking her watch. “Running your own business is fantastic because you’re doing something you like and driving it yourself, but there’s a huge amount of hard work behind it that many people don’t realise even needs to be done. I just hope it works out,” she smiles.

See the latest You & Meow update below:

You can visit www.fundsurfer.com/project/first-cat-cafe-in-bristol to help make You & Meow a reality. All pledges are on an all-or-nothing basis, meaning if the target isn’t reached your money won’t be taken. Pledges can also be made in return for prizes, including a ticket for the café’s opening week and a mention on the Thank You wall.