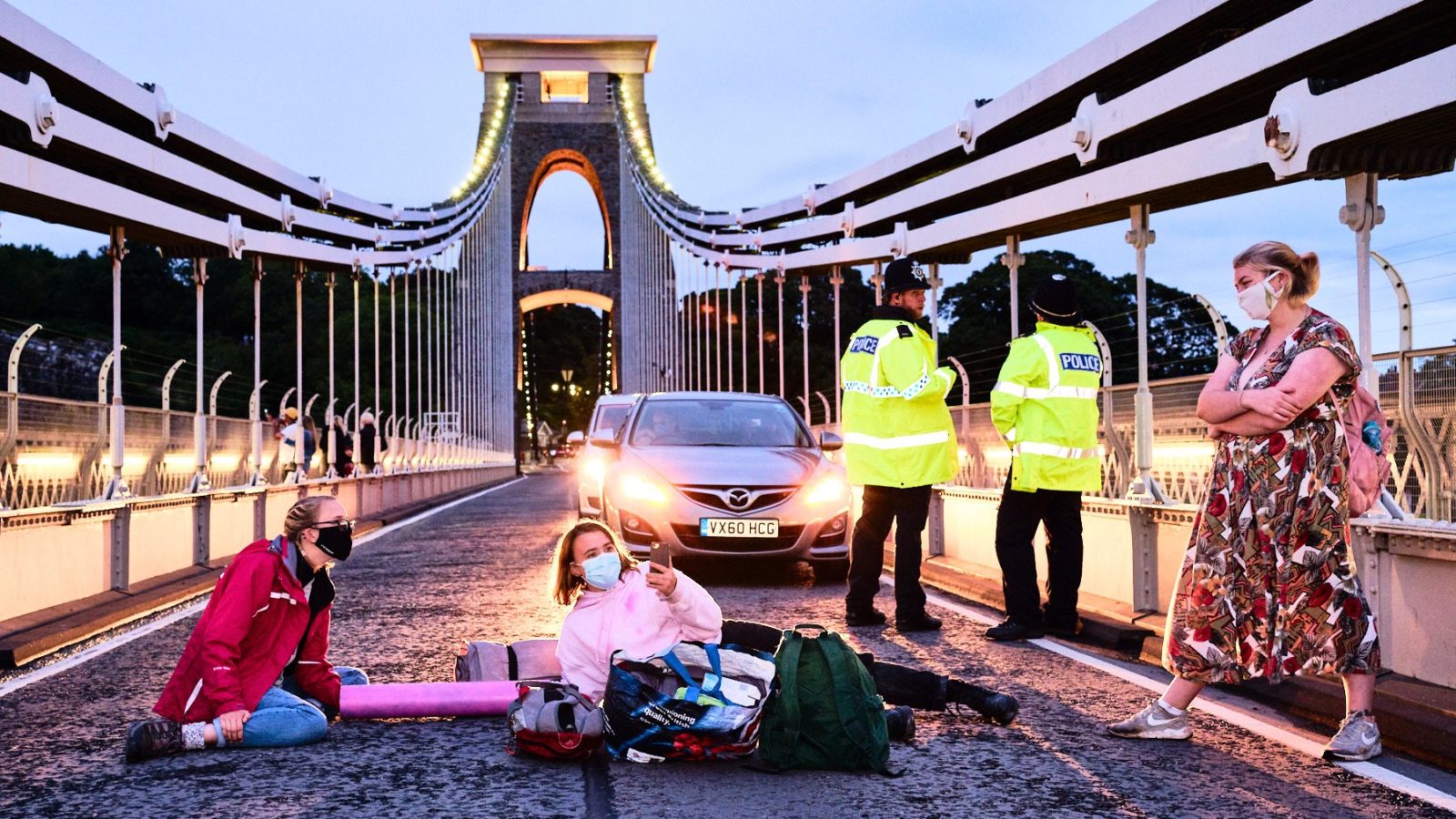 Two teenagers planning to spend the night on Bristol’s most well-known landmark were arrested by police on Thursday evening.

The two women, Charlie Siret and Fern, locked themselves together with an ‘arm lock’ and lay down in the middle of the Clifton Suspension Bridge.

They were arrested at about 11pm on suspicion of wilful obstruction of the highway and conspiracy to cause a public nuisance.

After both women were taken into custody, the bridge was closed to vehicles, cyclists pedestrians – something that had already been planned ahead of the protest by the Extinction Rebellion Youth activists.

In a statement, XR Youth – a direct action group of under-30s focused on the climate and ecological crisis as well as social justice – said that their occupation of Brunel’s bridge was out of desperation to be heard. 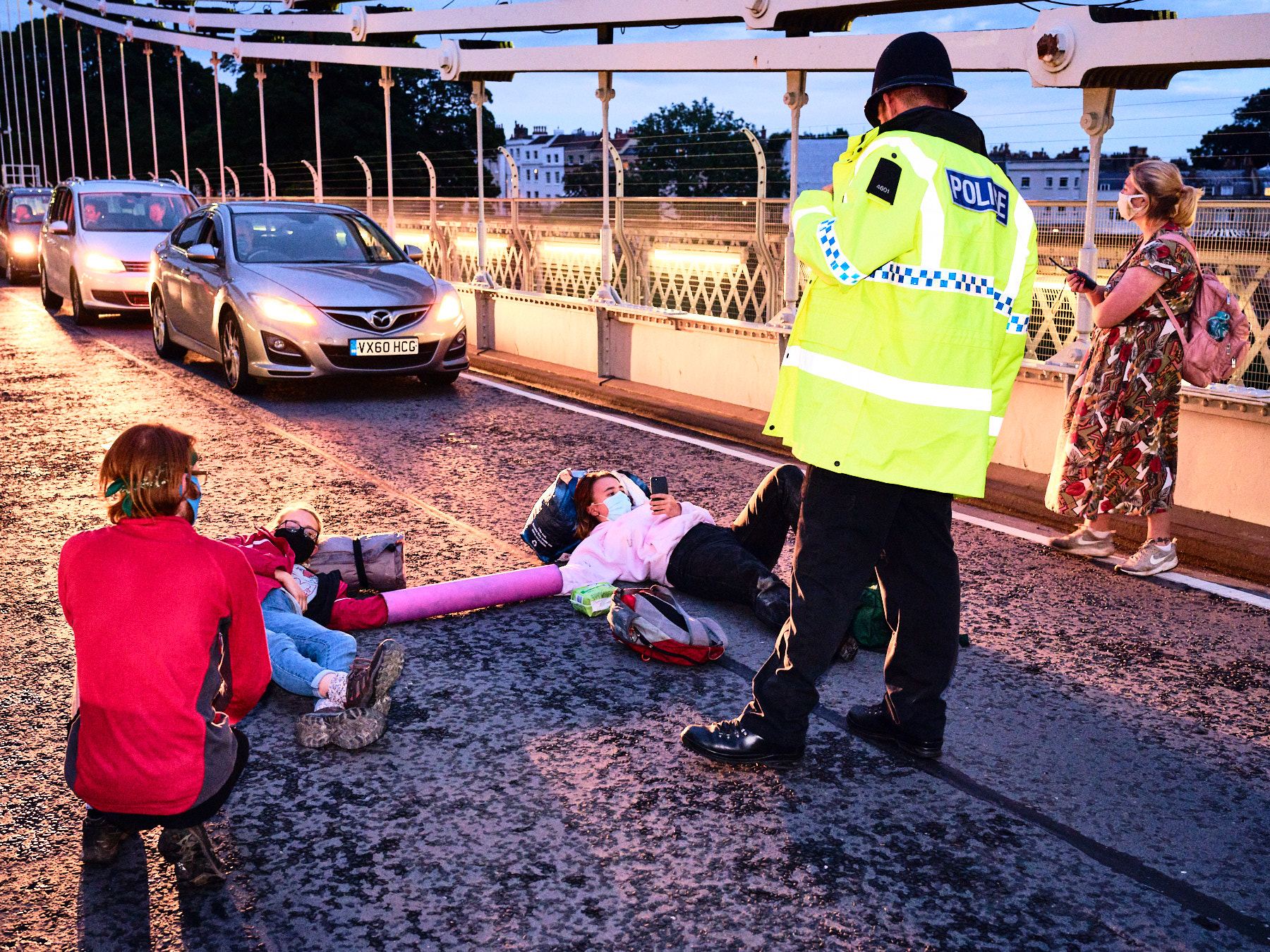 XR Youth protesters Charlie Siret, 19, who is studying at the University of Bristol and Fern, 18, who has just completed her A-Levels and did not wish to give her surname – photo by Simon Holliday / simonholliday.com

Announcing the closure of the bridge from midnight to 6am on Friday morning before the protest, acting chief inspector Rob Cheeseman said that enforcement is used “as a last resort”.

He said: “We know from experience that Extinction Rebellion have engaged in disruptive tactics which have not been disclosed in advance to our liaison officers and we have to take all necessary steps to mitigate the impact this action could have on the safety of the public using the bridge.”

The protest on Thursday evening was due to continue into the next morning with music and a picnic on the suspension bridge.

It was a prelude to a larger Extinction Rebellion protest that on Friday will see activists prevent motor vehicles from crossing Prince Street bridge.