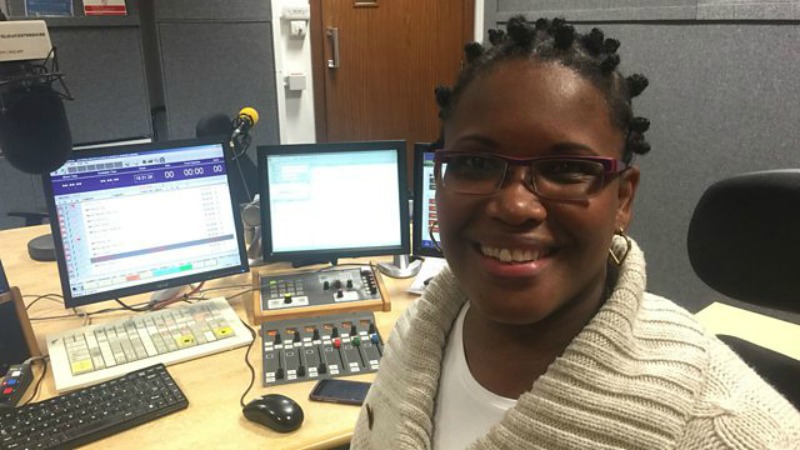 Ujima Radio has been nominated for awards in three separate categories in the National Community Radio Awards whose ceremony takes place in Birmingham on Saturday, September 10.

The radio station is in the running for Community Development, Best Female Presenter and Best Radio Station gongs.

Primrose Granville (pictured above) is nominated as Best Female Presenter thanks to her skills as a hard hitting interviewer, her ability to keep a positive vibe going through her show, and most of all her large local fanbase that follow her on both Ujima and BBC Radio Bristol.

Last but not least, the Best Radio Station category shortlisting shouldn’t be a surprise after Ujima’s 2015 win of the National Diversity Award for Race, Religion, and Faith award.

He said: “Ujima Radio is a movement and very much a collective effort involving over 120 volunteer presenters , unpaid directors and back office support and of course our loyal listeners and supporters who can share in our recent successes.”