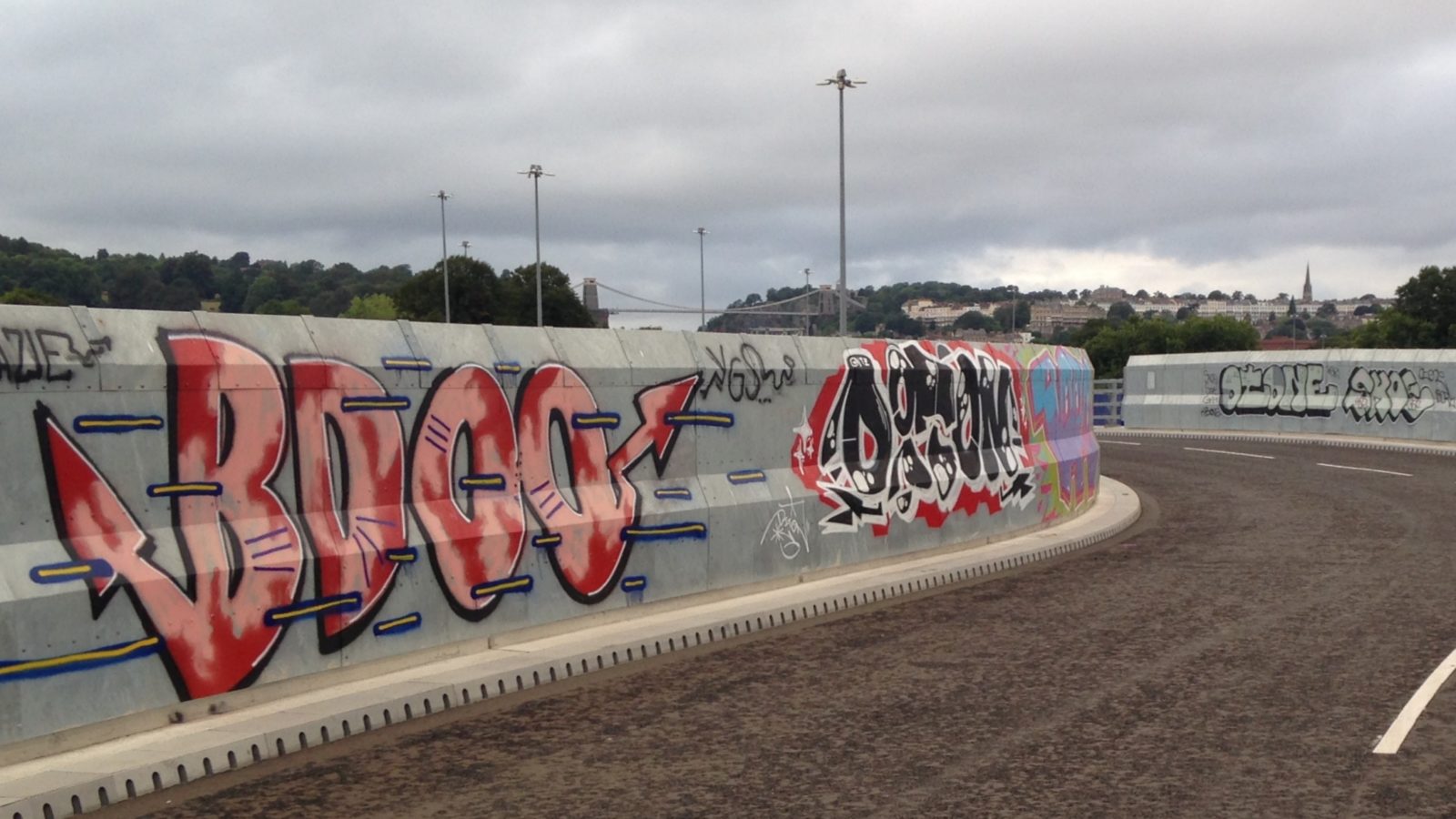 Bristol artist Luke Jerram has slammed the people responsible for the graffiti on the new Metrobus bridge.

“I believe tagging is like a dog peeing on a lamppost to define its territory,” he told Bristol24/7 following our exclusive story where we revealed that removing graffiti was “not a priority” for Metrobus.

“It’s a nuisance and I think anyone caught tagging should be forced to clean up the mess they’ve made. With massive cuts on city council budgets passed down from central government, there is no money to waste on cleaning off bad graffiti. Every penny needs to be spent saving our libraries and schools.”

But Jerram – best known for his water slide down Park Street and his street pianos across the world – said that “some graffiti in the right location is a great asset to a city. Art can elevate, inspire and help to positively transform and celebrate an area…

“Street art is a part of Bristol’s identity, so why don’t we ensure we only present the very best of it?”

He added: “However it should be noted that there’s a lot of bad graffiti art out there. Just because a picture is big , doesn’t make it any good.”

Jerram said that many paintings should stay in an artist’s sketchbook, and suggested that graffiti artists could perhaps be given walls to practice on, “but maybe they should be in specially defined areas and out of public sight?”

The tagging on the multimillion-pound new skew bridge near Winterstoke Road has divided opinion.

Commenting on the Bristol24/7 website, Canarywary said: “This graffiti looks like a pretty good standard and it absolutely improves the appearance of the route. Graffiti art is something Bristol is renowned for and it brings visitors to the city (how many people came through Southville and Bedmo during Upfest? How many people go on those graffiti walking tours every week?), we should celebrate and encourage proper artists to cover otherwise plain old concrete walls like this.”

And Calculus agreed: “Graffiti can look a mess. It can contain inappropriate messages. But good graffiti can be great. Council cannot afford a continuous clean-up, so find a way to engage with graffiti artists to make the whole thing positive…. and to ensure their safety should a bus hurtle round. Graffiti could put the ‘metro’ in ‘Metrobus’, ‘cos actually it’s just a bus.”

But filmmaker and former Lib Dem councillor Christian Martin is not such a fan. He wrote: “this will attract more tagging and the area will end up looking disgusting. It is unlawful it is not art on other people’s property it is vandalism!” 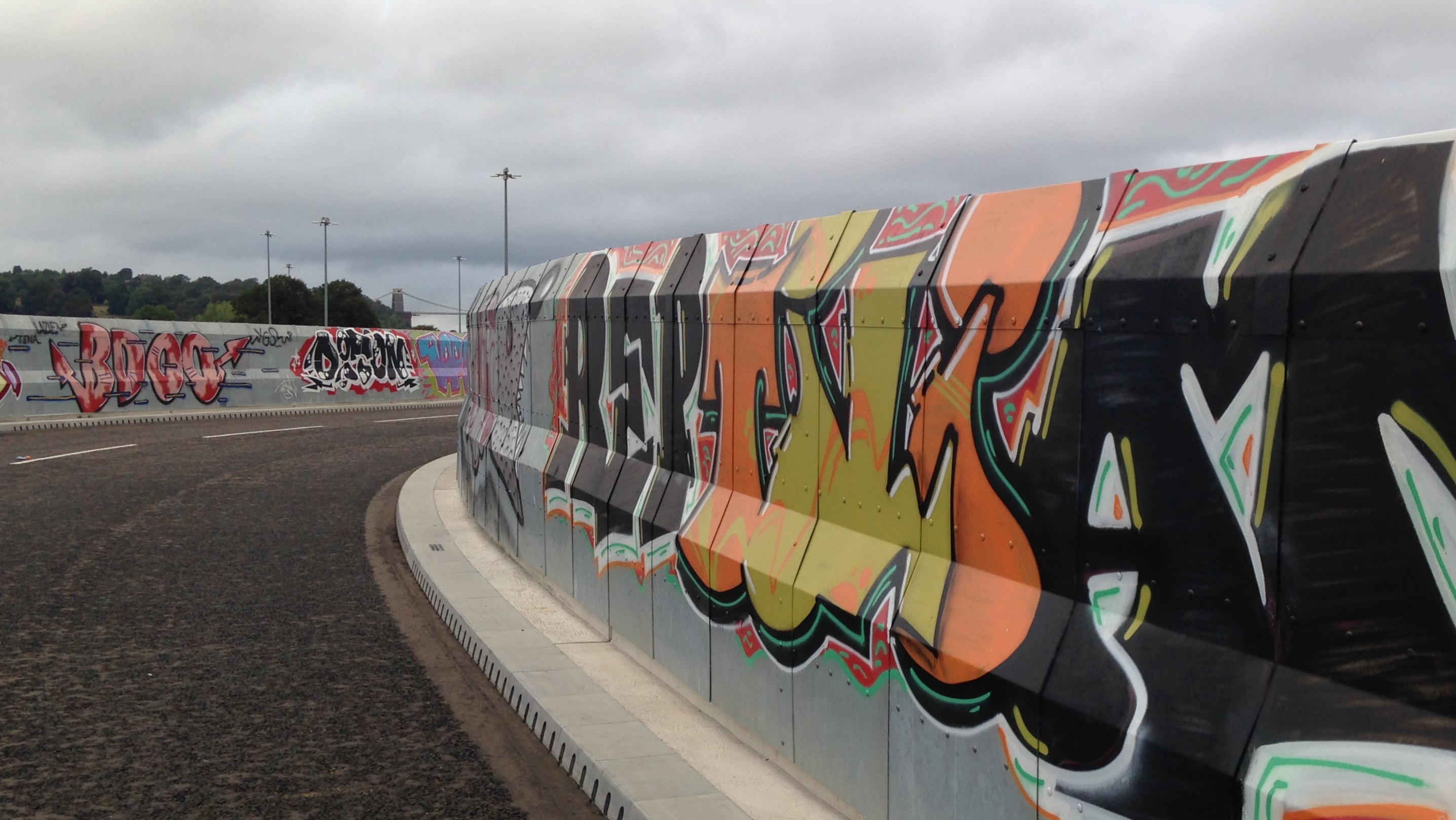