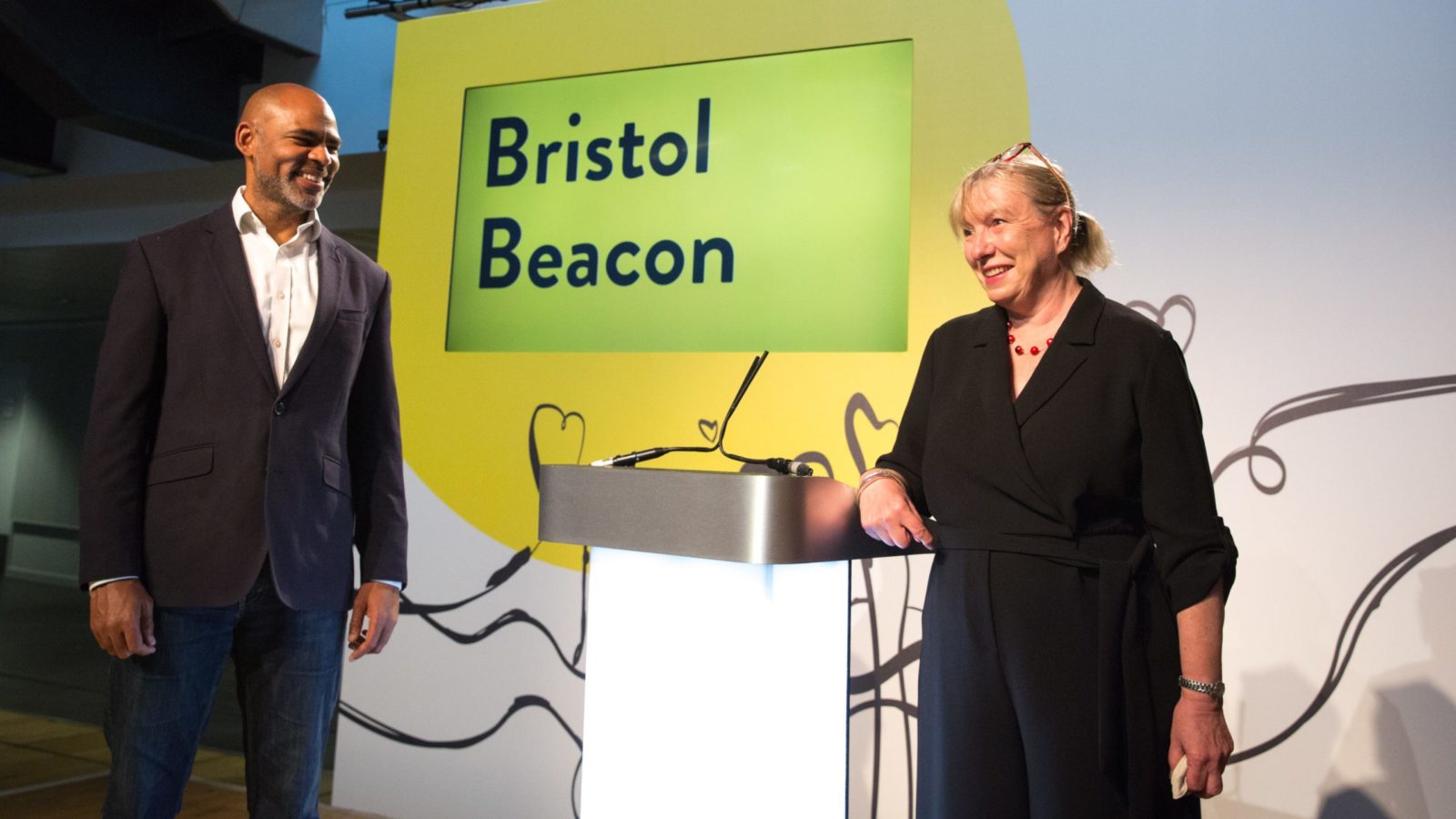 Beacon House on Queen’s Road in Clifton used to be Habitat and is now part of the University of Bristol. The Beacon Centre is part of City Academy in Lawrence Hill. There is a Beacon Hall in Peasedown St John near Bath and a Beacon Theatre on Broadway in New York.

So how did the former Colston Hall become the new Bristol Beacon?

It has taken decades to get to this stage, but work only started in earnest in 2018. Since then, more than 4,000 people across the city were consulted about their hopes for the new venue and thoughts on a name.

Bristol Music Trust chief executive Louise Mitchell said that even family members of some of her own staff were not willing to come into the building when it was still called the Colston Hall.

People across our city boycotted the venue because of its associations with Edward Colston even if it never received a penny of his money. And of course, Massive Attack refused to play there.

Bristol Beacon chief executive Louise Mitchell said that the name change had been planned to be announced in May, but the coronavirus pandemic scuppered those plans.

“The listening, the talking, the discussion, took a long time and rightly so because it’s a complicated and deep issue, one that inspires passion on every side,” she told Bristol24/7. “Listening to people who don’t agree with you is really important.”

She added: “It felt really important to us to find a brand, a couple of words, which were able to express everything that we do.

“It’s not just the building, it’s the whole creative learning and engagement, it’s things that we present in our spaces…

“I hope it’s a force for joy, a source of unity and a source of light which is what a beacon is. It’s something that shines out. That shining light of music is what we are trying to do.”

The name itself was developed in a process led by London and Hong Kong-based branding agency, Saboteur.

Saboteur said that the name was chosen “because it describes a focal point, a gathering place and a source of inspiration – a place that will be visible beyond the boundaries of the city – which everyone involved in the project felt encapsulated what this venue means for the city, and set music free”.

Andy Boreham, head of marketing at the Bristol Beacon, said: “The more I see ‘set music free’, the more I like it and the more it makes me think that is exactly what this process is doing for us.”

Saboteur creative director, Nick Eagleton, added: “This has been a once-in-a-lifetime opportunity. This project is about much more than renaming a venue – the conversations around it have been about the identity of the city itself.

“We had to set this great venue free. Free from the murky clouds of a name with a dark history. Free from the assumption that this was exclusively for the white, middle-aged, middle class.

“And we had to allow it to be free to soar like music itself. Free to challenge, provoke and seduce. Free to be the place where everyone in the city could find something that they loved.

“We had to plunge into the heart and soul of Bristol and we did that with a huge collaborative group that spanned the whole community, from schoolchildren to the mayor himself.

“It was a joy, because Bristolians don’t hold back – if they’ve got something to say, they say it. This was a great, inspiring project.”