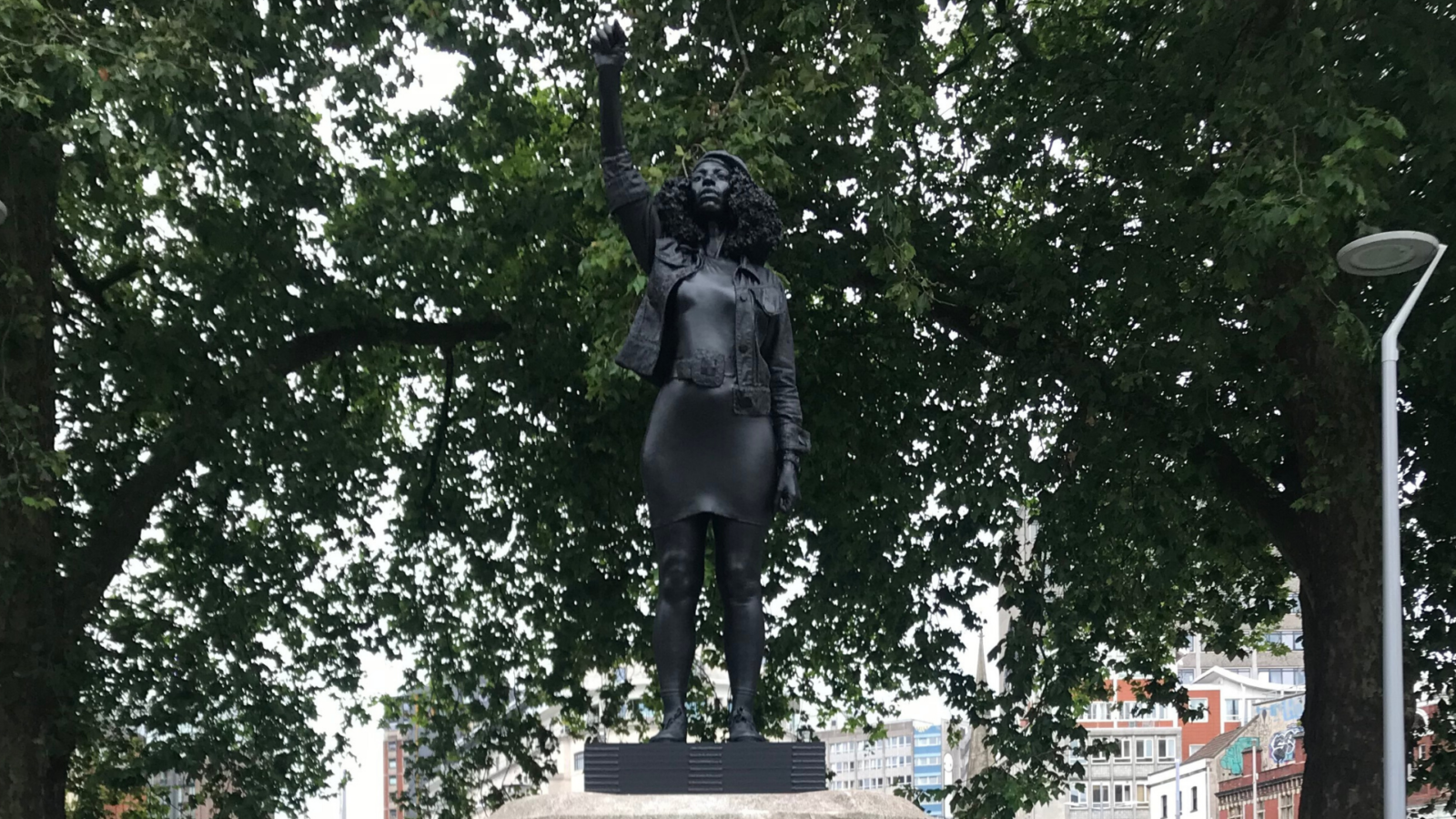 Reactions to the new artwork on the plinth where a statue of Colston’s statue once stood have ranged from praise for the new piece, to calls to look at subconscious biases.

Mayor Marvin Rees shared a statement on A Surge of Power (Jen Reid) 2020, depicting one of the Colston statue topplers on Wednesday morning, around five hours after the piece was installed.

He notes the need for change and his commitment to build “a city of all Bristolians, with all our differences”, but says that a replacement for the statue of Colston needs to be decided on by the people who live in the city.

“The sculpture that has been installed today was the work and decision of London based artist,” he says. “It was not requested and permission was not given for it to be installed.” 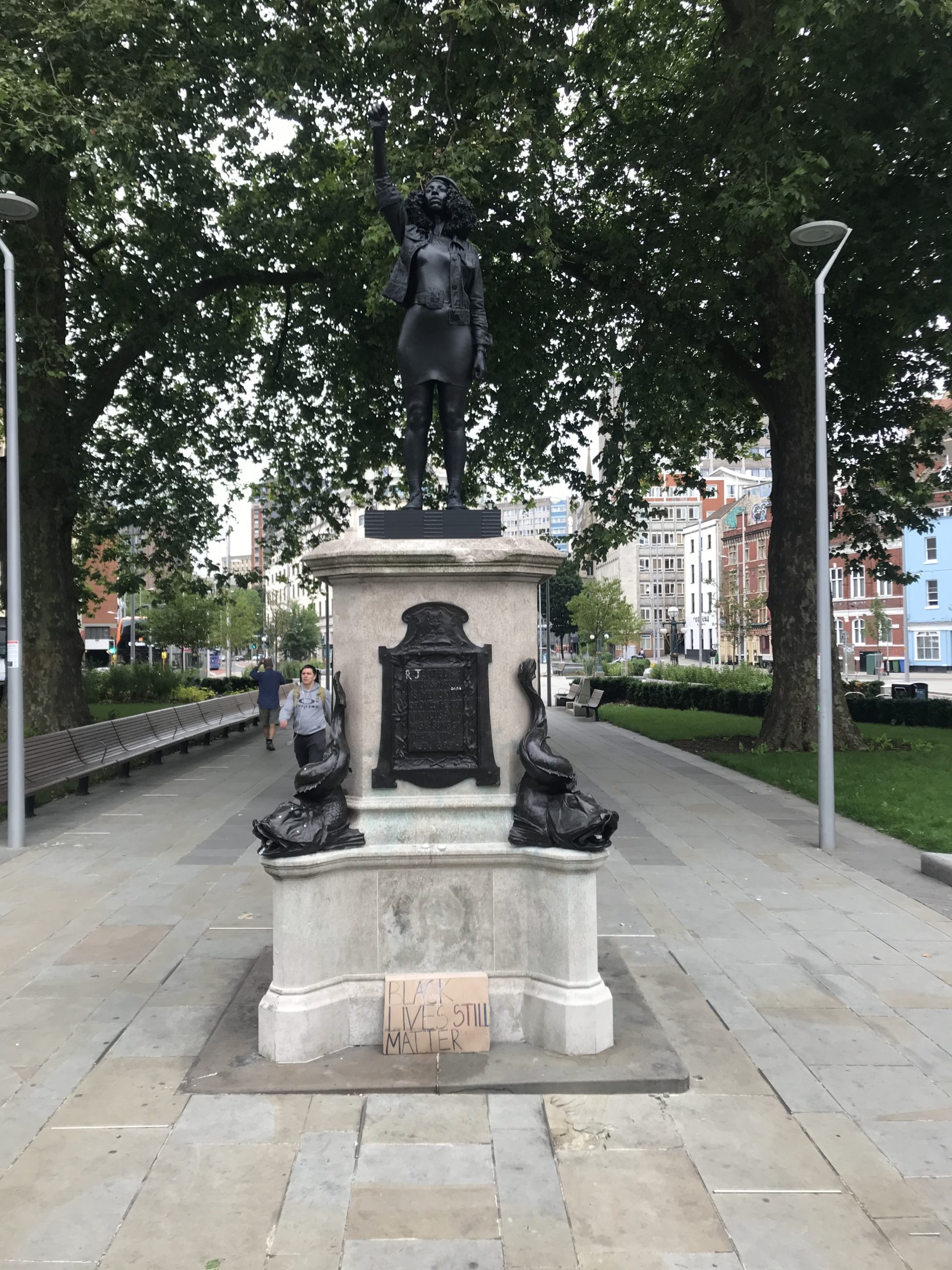 The artwork was installed just before 5am

In a joint statement, Reid and artist Marc Quinn, admit that no formal consent was sought for the installation, and never intended for the sculpture to be permanent, with Quinn saying: “Jen and I are not putting this sculpture on the plinth as a permanent solution to what should be there – it’s a spark which we hope will help to bring continued attention to this vital and pressing issue.

“We want to keep highlighting the unacceptable problem of institutionalised and systemic racism that everyone has a duty to face up to. This sculpture had to happen in the public realm now: this is not a new issue, but it feels like there’s been a global tipping point. It’s time for direct action now.”

The pair add that all money raised through the new artwork will go towards Bristol projects, saying: “The installed sculpture, A Surge of Power (Jen Reid) 2020, is not-for-profit.

“If sold, all profit will be donated to two charities chosen by Jen Reid, namely Cargo Classroom, a Black history syllabus created for Bristol teenagers and The Black Curriculum, a social enterprise founded in 2019 by young people to address the lack of Black British history in the UK curriculum.” 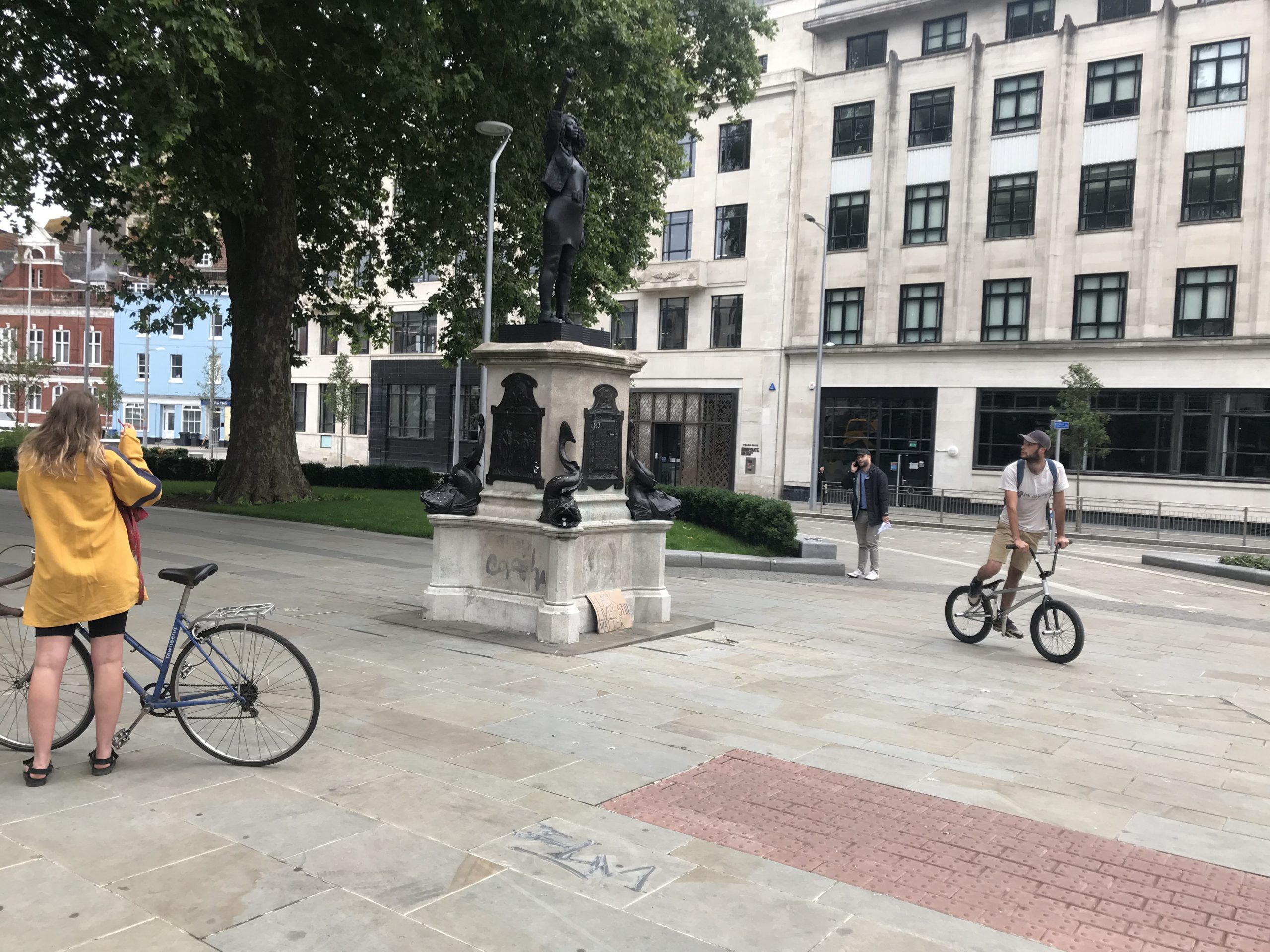 Money raised will go towards a Bristol project

Twitter user Bristol Red critiqued the London-centric piece: “Black creatives abound in Bristol & if there’s aren’t Black sculptures it tells a powerful tale about creative sector & accessibility. Progressives so rarely look at own subconscious bias. A self narrative of we’re the goodies is at times more toxic than actual opposition.”

However, Chinonyerem Odimba argued that black women no longer had the option to ask for permission when being celebrated and honoured for their work and the Bristol-based writer, who works with the Bristol Old Vic, praised Jen Reid for using her agency to make an informed decision about whether to work with Marc Quinn.

Zakiya, who works with Ujima, added that Bristol news outlets didn’t know about the installation until it was published by the Guardian.

I'm happy for the sentiment that the action of this statue brings but I also note your notes. It's like we don't have agency, capacity, means or…privilege to do…

Mayor Marvin Rees highlights the importance of letting Bristol tells its own story, saying: “We have set out a process to manage our journey. We have established a history commission which help us tell our full city history.

“As we learn this fuller history including the part played by black people, women, the working class, trade unions, and children among others, we will be in a better position to understand who we are, how we got here and who we wish to honour.

“Crucial to our heritage has been the harbour and the docks, manufacturing and industry, research and innovation, transport, slum clearances, housing, modern gentrification and faith.

“As the commission shares this information, the city will decide on city memorials and the future of the plinth.”