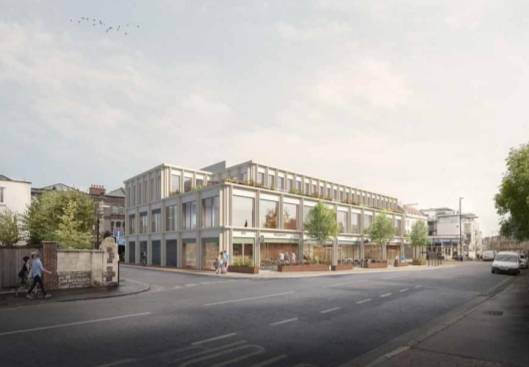 Controversial plans to demolish a derelict building in the heart of Clifton Village and replace it with offices, shops and restaurants are set for approval.

After years of disuse, site-owners THAT Group finally submitted a planning application to transform the row of empty shops in Clifton Down Road – next to Boyce’s Avenue and King’s Road – in February of last year.

A decision on the plans is expected at a Bristol City Council planning committee meeting on Wednesday, January 22.

If members approve them, as recommended by officers, the building will be demolished and replaced with a three-storey property containing shops, a cafe/restaurant and offices.

Plans to transform the site have proved controversial with local residents split on what should happen to the empty row of shops that used to be home to WHSmith.

THAT Group has been trying to develop the site for a number of years but the plans have either been rejected or never materialised.

And despite the developer’s attempts to try and get residents on side this time around, locals still seem to be torn over what should become of the site.

Bristol City Council has received 278 objections to the scheme, 94 letters of support and nine comments classed as “neutral”, according to an officer report.

Most of the objections relate to the size and design of the scheme and some argue it doesn’t fit with historical buildings in the area. But concerns have also been raised about the lack of parking provision – as none is planned for the site – and claims that there is a lack of sustainability.

Meanwhile, most of the comments in favour of the plans argue it would be an improvement on the current building. 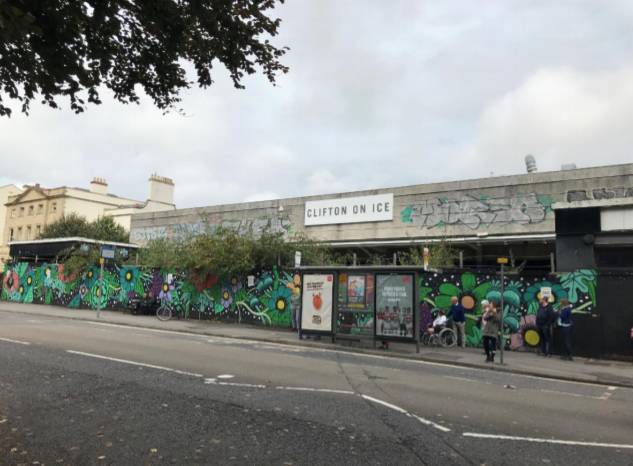 Opponents to the plans include Historic England, the Civic Society, the Conservation Advisory Panel, the Clifton and Hotwells Improvement Society, and the Mall Garden’s Residents Association.

Paula O’Rourke, a Green councillor for Clifton who called the application to committee, said she was “broadly in favour” of the development as long as conditions such as “zero parking” were imposed.

The site has a long and complicated planning history which dates back to 2010, and it has become a blight for locals.

It was last used by the public in 2014 when a temporary Christmas ice-rink was opened there. The ‘Clifton on Ice’ sign can still be seen on the building, despite it only being open for one Christmas season five years ago.

The area is now covered in graffiti and has become an “eyesore” for local residents.

The former owners of the site had been granted planning permission to redevelop it with shops and flats, but revised schemes submitted by the current owners have not been as successful.

In 2015, an application to demolish the existing building and replace it with a mixed-use development of shops and flats was turned down by the council.

A year later, THAT Group came forward with a new scheme featuring a similar development, but without the residential aspect, this did not proceed to a formal planning application.

Read more: Clifton Rocks Railway to be brought back to life