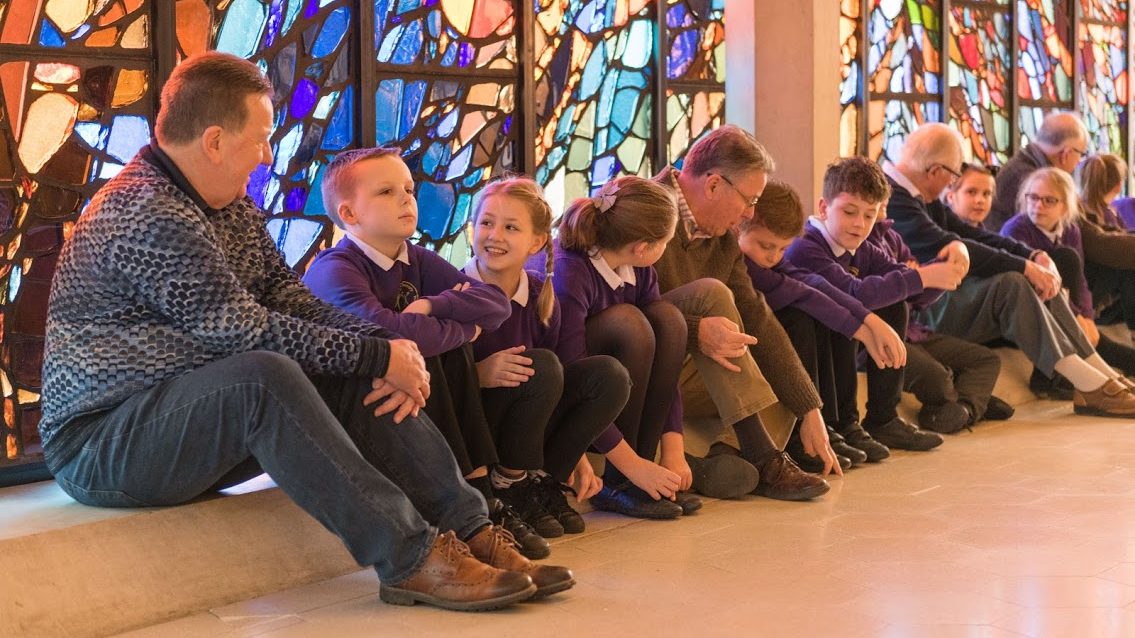 A special event at Clifton Cathedral was organised by Historic England for school children and ex-Laing workers to celebrate the construction of some of the city’s most famous landmarks.

Some of these landmarks are recorded in the John Laing Photographic Collection and is part of a nationwide engagement programme, with other school outreach events taking place in Swindon, London, Coventry, and Carlisle.

The 21-month project digitises and explores the collection, with image selector Jack Moss choosing 10,000 images from 230,000 over seven months. The images are being used to get school children interested in their local heritage.

School students, who had previously shown the photographs and discussed the cathedral, were invited to meet the four ex–Laing employees: Roger Bridgeman, Andrew Owst, Peter Harrison and John Tite.

Founded in 1848, John Laing PLC was one of the most significant British construction companies of the 20th century, working on projects including the second Severn Crossing, Clifton Cathedral, the M1 motorway and Berkeley Nuclear Power Station. It also developed and constructed Easiform housing – pioneering concrete housing that was built across the country. 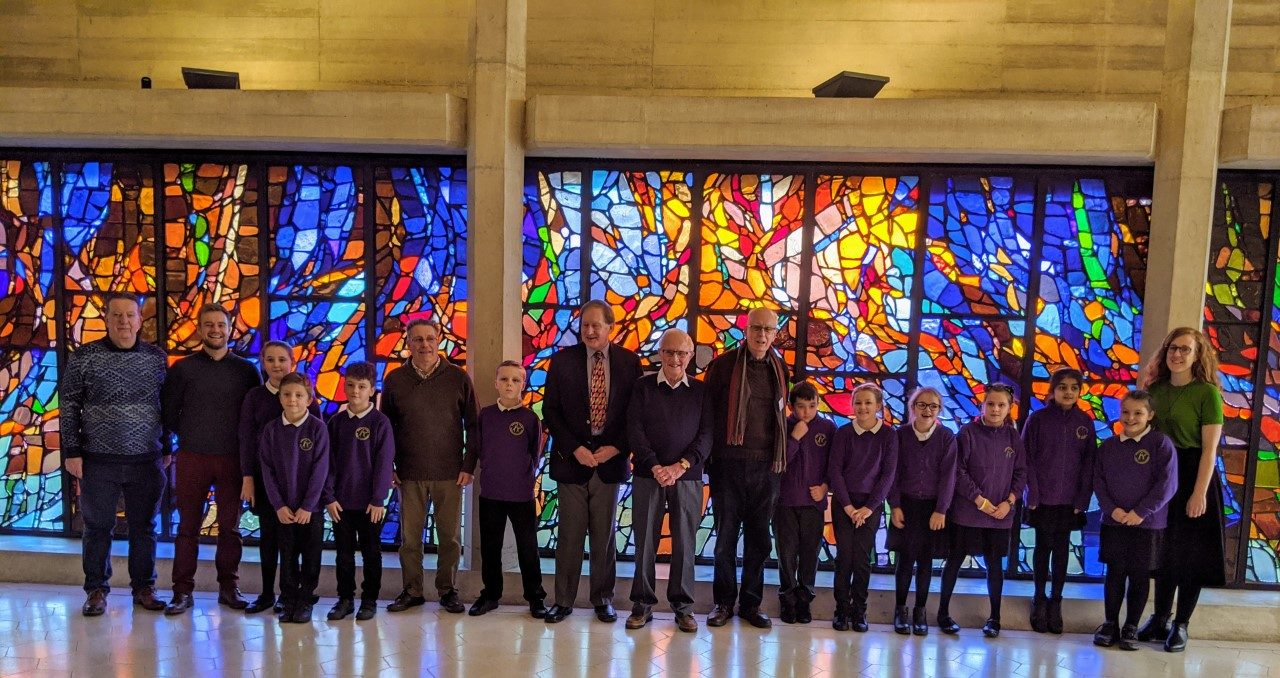 The students were able to ask their own questions regarding the cathedral. Photo by Elley Escott

The men shared their firsthand accounts of working on the site while exploring the cathedral and recreating some of the images from the John Laing Photographic Collection using modern cameras.

Roger worked on the site for 18 months producing drawings for the formwork and Peter recalled the 30 to 40  members of the site team building the shell of the cathedral, running out of timber halfway through the job.

All the men talked of how Laing never charged a profit on all religious buildings irrespective of what it was worth.

“I think it is really important that children connect with their local heritage,” said Ashley Mackenzie-White, the Breaking New Ground outreach officer. “By using intergenerational connection the builders and children are able to interact and benefit from creative ideas, for bettering contact between generations.”